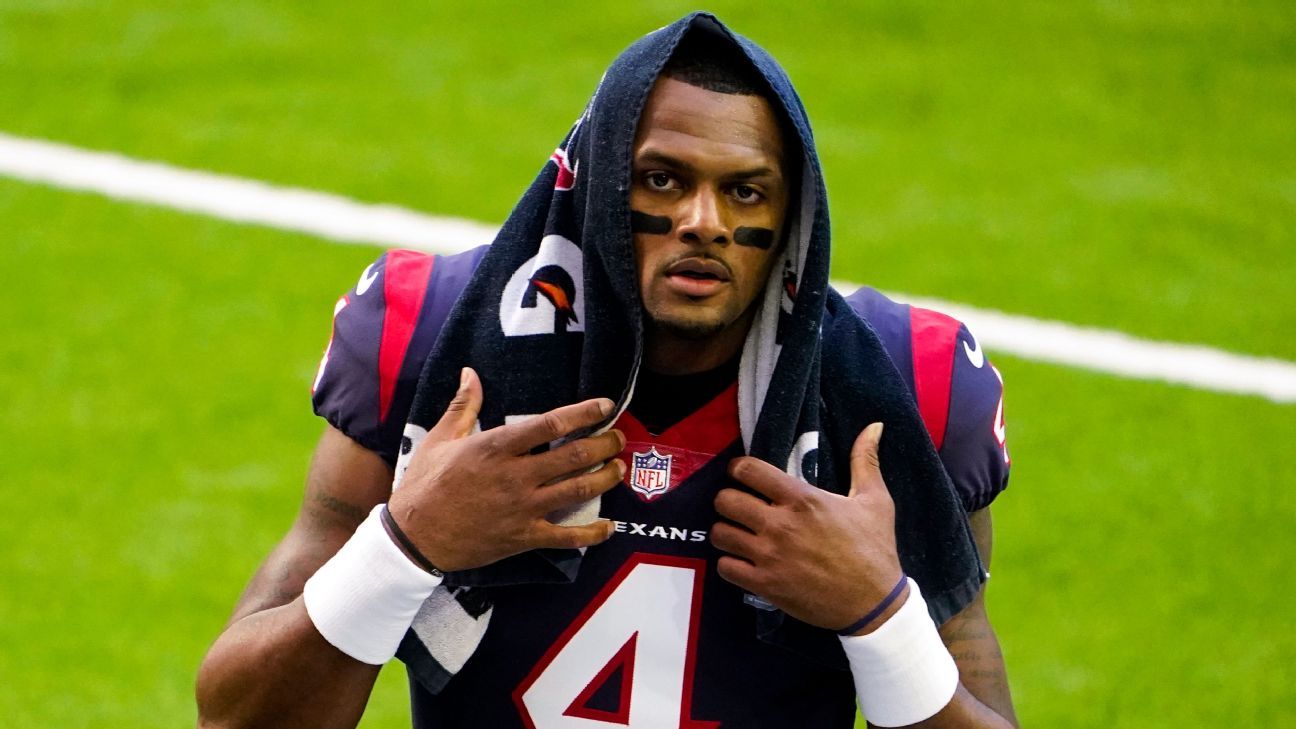 HOUSTON – Four more lawsuits have been filed against Houston Texans quarterback Deshaun Watson, alleging similar misconduct and sexual assault to the previous three that had been filed.

This brings the total to seven lawsuits filed against Watson by Houston attorney Tony Buzbee, who has said on Instagram that there are nine cases in total against Watson. Buzbee told ESPN via text message Thursday that his office has been in contact with police and would provide information on the nine women who intend to sue Watson.

Buzbee will address the media in Houston on Friday afternoon, when he says he will provide some background on the seven lawsuits that have been filed and provide copies of multiple texts and messages related to the lawsuits.

Following Buzbee’s announcement of the first lawsuit on Tuesday, Watson responded on Twitter saying that he rejected “an unfounded six-figure settlement lawsuit” and that it is about “clearing my name, and I hope to.” At the time of his statement, Watson said he had not seen the first lawsuit.

“I have never treated any woman with anything but the utmost respect,” Watson said in her statement.

NFL spokesman Brian McCarthy said Thursday that “the matter is under review” of the league’s personal conduct policy, and the Texans said they would remain in close contact with the NFL during the league’s investigation.

The seven lawsuits filed so far represent a pattern of sexual assault against a masseur. While six of the lawsuits allege that these were unique encounters with Watson, one woman alleges that Watson sexually assaulted her on multiple occasions. That lawsuit says the first massage was booked through the spa where the licensed esthetician worked. The other six lawsuits allege that Watson first asked about massage through Instagram direct messages.

Three of the four lawsuits filed Thursday night accuse him of inappropriate contact; the fourth said he tried to forcibly kiss a woman.

“Watson’s behavior is part of a disturbing pattern of preying on vulnerable women,” says the fourth lawsuit.

Texans on Thursday again said they are aware of the matter.

“The NFL informed us [Thursday] that they will conduct an investigation into the allegations made in the civil lawsuits filed against Deshaun Watson, “the team said.” We will stay in close contact with the league as they do so. We continue to take this and all matters involving anyone within the Houston Texans organization seriously. We do not anticipate making additional statements until the conclusion of the NFL investigation. “