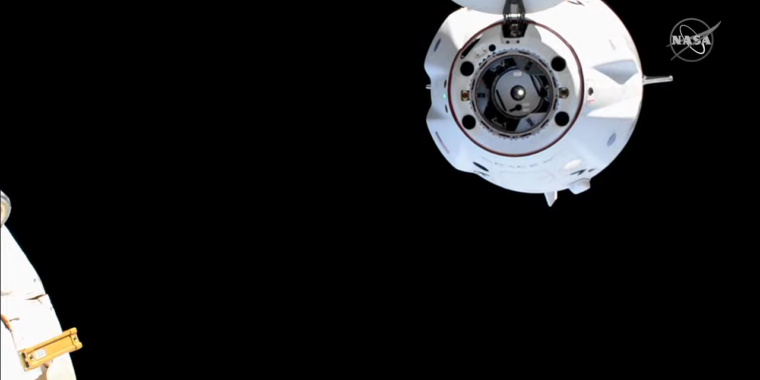 But they weren’t coming home. Rather, NASA astronauts Mike Hopkins, Victor Glover, and Shannon Walker, as well as Japanese astronaut Soichi Noguchi, were preparing to move the Crew Dragon spacecraft for the first time.

Over the course of 38 minutes, the spacecraft gently retreated from the Harmony module of the International Space Station to a distance of 60 meters from the large laboratory. Under the power of his Draco thrusters, Resilience it was then reoriented to mate with another port on the Harmony module.

During this autonomous maneuver, Resilience moved from the module’s “direct” port to its “zenith” port. The reason for this confusion was the anticipated arrival of another Crew Dragon mission in a few weeks, with four more astronauts, to the space station, as well as a cargo Dragon mission in June.

All of this can be a bit confusing, we admit, but the bottom line is that SpaceX Dragons is creating something of a traffic jam in orbit. NASA, of course, is very happy to have American spacecraft to supply the station with cargo and crew.

So why were four crew members needed on board the vehicle if the entire procedure was autonomous? For the Crew-1 mission carrying Hopkins, Glover, Walker, and Noguchi, Resilience it is your journey home. So while they never touched the flight controls, the crew needed to be inside the spacecraft in case an emergency occurred, unlikely as it was, and they had to interrupt the maneuver and return to Earth. Fortunately, that did not happen.