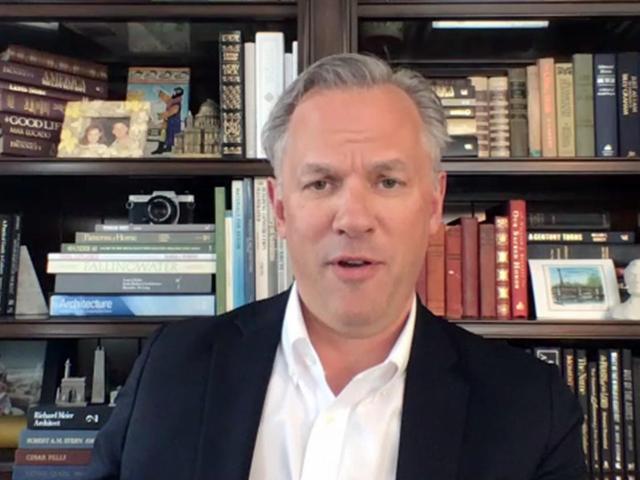 Lieutenant Governor of North Carolina Gov. Roy Cooper is one of the biggest critics of dealing with the coronovirus epidemic.

Republican Lt. Gov. Dan Forrest, who is running against Cooper, says children should be allowed to attend school. Currently, students in kindergarten through 12th grade are allowed to attend in-person classes in only a few counties – and only at a reduced capacity.

In an interview conducted on September 2, Forest stated that Cooper’s restrictions on the individual’s learning are not necessary.

Is it true that children are affected 17 times more by the seasonal flu caused by coronovirus?

Forest has repeated a similar claim in other incidents.

What did the forest say

We asked about Forrest’s campaign, where he was getting his information. Forest spokesman Andrew Dunn pointed to a recent Wall Street Journal editorial.

A think tank, citing analysis from the Foundation for Research on Equal Opportunities, the journal wrote:

Comparison of lethality rates between Kovid-19 and Flu is ineligible because they affect the population differently. Children under 14 are more likely to die from Kovid-19 than seasonal flu or pneumonia this year between 6.8 and 17, with 150,000 coronovirus deaths this year. ”

Even though the Wall Street Journal’s description of the study is accurate, the forest is not an accurate representation of it.

First, Forest ignored the paper’s disclaimer that comparing COVID-19 and flu is “unqualified” because they affect populations differently. “Then, he misrepresented mathematics.

The WSJ stated a mathematical limit: “between 6.8 and 17 times.” Faurée Cherry chose the top of that range and called it as if it were an accepted fact.

Again, Forest misjudged the study. The journal mentions the deaths, and Forest has repeatedly stated “ill effects”. By doing so, the forest reduces the risk to children.

The novel is a more serious threat to children than the novel coronovirus, as Polytifact reported in August and September. But the CDC has not revealed how high the flu is at risk.

And the CDC website distinguishes between healthy children and people with pre-existing conditions.

For healthy children, the risk of complications is “higher for flu than COVID-19,” the CDC said. Meanwhile, children with underlying medical conditions are “at increased risk for both the flu and COVID-19.”

The term “ill effect” is squishy and vague. Let us see how many children have been hospitalized due to both diseases. (Politifact Wisconsin reported these figures in US Army Ron Johnson’s Sept 8 fact-check.)

For COVID-19 patients in that age group, the CDC states that the rate of hospitalization is 6 per 100,000 children. (For those interested in mathematics: 39 is 6.5 times more than 6.)

While children are more affected by the flu than COVID-19, we struggle to find figures that match Forrest’s dialect.

What did the experts say

We asked the experts: Is there a consensus in the medical community that children are “17 times more likely to get sick with seasonal flu” than coronoviruses?

Nor is Alan Schroeder, a critical care physician at Stanford Children’s Health. Schroeder said he is hesitant to put a number on the possibility of children suffering from flu more than COVID-19.

“The notion that children are not really sick is true and big. But disparities between influenza and COVID-19 have reduced significantly.

Schroeder said that, typically 100 to 200 children die each year from the flu in the US (and these deaths occurred many times when the country is not restricting travel or practicing social disturbances.)

Meanwhile, the number of child deaths is still increasing in the US, with the novel Coronovirus less than a year old.

As of September 10, the CDC estimated that 62 children, infants up to the age of 14, had died of COVID-19. The CDC’s coronovirus aged 15-24 killed another 315 people. Researchers believe that school cancellations prevented even more deaths this spring.

The American Academy of Pediatrics estimated that COVID-19 killed 90 people under 20 by mid-August.

“They are really overseeing the issues at hand,” Schroeder said of Forest’s quote. In the context of school reopening, Schroeder said there is much more to consider – children who have underlying conditions, child-to-adult infection – more likely to die of a healthy child than flu.

“And for this reason I don’t find it a useful comparison,” he said.

“All the evidence points to the fact that our children are 17 times more affected by seasonal flu than coronovirus,” Forrest said.

He misrepresented a line in the Wall Street Journal, stating that “children under 14 are 6.8 and 17 times less likely to die of Kovid-19 than seasonal flu or pneumonia.”

He picks up the cherries the most and uses “bad effects” instead of wrongful deaths.

Children are “17 times” more likely to get the flu than COVID-19? This is possible, but not conclusive at this point.

Is death a “bad effect” of coronovirus? Of course. But Forest’s fiatings do not accurately represent the Wall Street Journal op-ed.

There is an element of truth in Forest’s claim. But this is not supported by “all” of the evidence, as he claims, and it minimizes the risks of COVID-19 by focusing only on death. We get it mostly wrong.