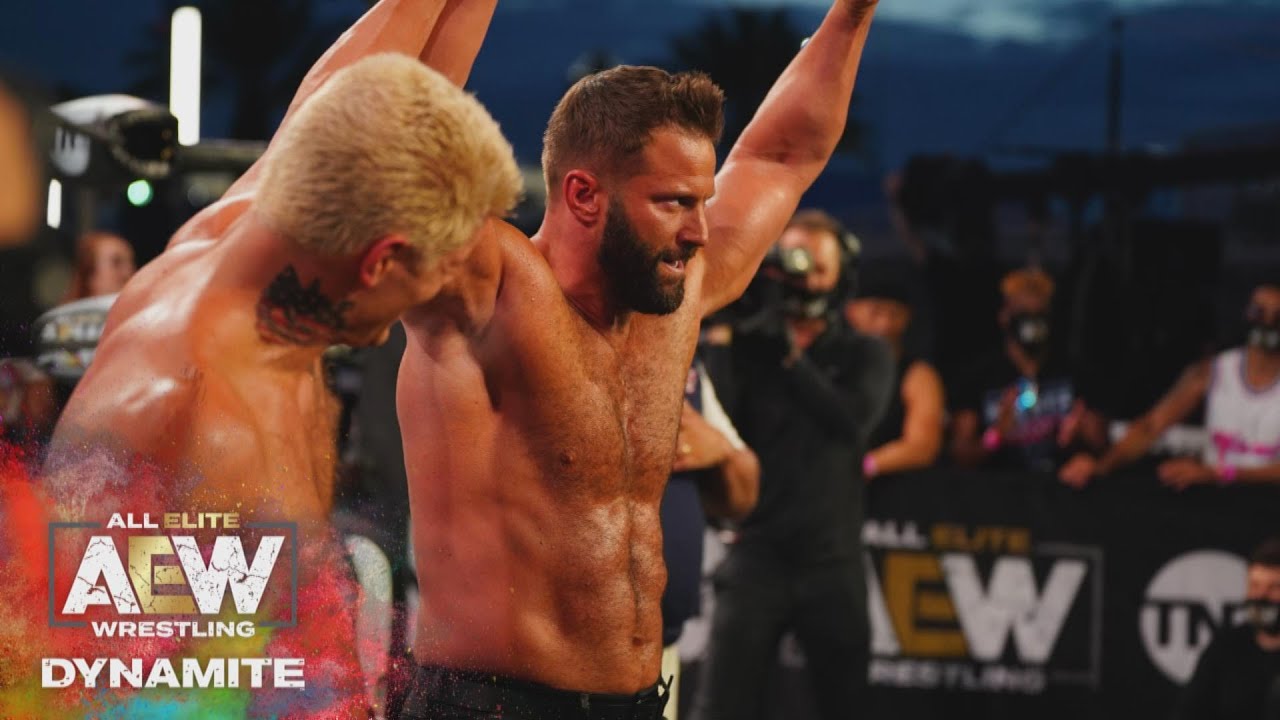 AEW TNT champion Cody defeated Warhor on tonight’s AEW Gunpowder Through submission (figure-four). After the match, Cody went to join hands with his rival and was blinded by John Silver and Alex Reynolds of the dark count.

From behind, former WWE Superstar Zack Ryder (now known as Matt Cardona) came out in the ring to oust Silver and Reynolds. He then took off his shirt, looked at the camera and shouted, “Here I am!” Then he saw his friend Cody on the floor.

Cardona returned from WWE in April due to the company’s extensive cuts due to COVID-19.

Be sure to follow our live coverage of tonight’s show!

You can see their beginnings in the images below: