June 29, 2020 U.S. Comments Off on Former worker identified as suspected active shooter killed by police in a rampage at a Walmart store in California 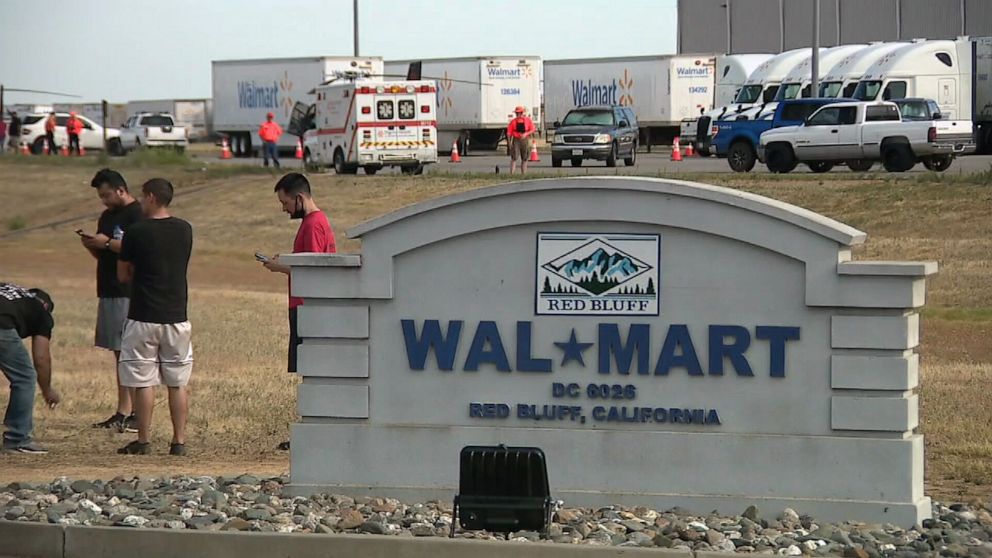 The gunman broke through the front doors and started shooting, authorities said.

A former employee of a Walmart distribution center in Northern California has been identified as the alleged active shooter who was killed by police after he drove his SUV through the facility’s front door and opened fire on workers with a semi-automatic rifle, authorities said.

The suspect is believed to have killed an employee at the distribution center in Red Bluff and injured several workers in the riot on Saturday afternoon, police said.

The alleged gunman was identified as Louis Lane, 31, according to the Tehama County Sheriff’s Office.

“We understand that you have a prior history with the Walmart distribution center as an employee,” assistant sheriff Phil Johnston said at a news conference on Saturday night. “But that was not recent: it has been a while, it has been a year and a half.”

A motive for the shooting at the Walmart facility was under investigation Sunday, authorities said.

The shooting occurred around 3:30 pm Saturday in the small town about 130 miles north of Sacramento.

The suspected gunman appeared in the warehouse in a white SUV and circled the parking lot four times before driving into the lobby, Johnston said at a news conference. He said the gunman got out of the vehicle when it burst into flames.

“When he gets out of the vehicle, he carries a long gun, a semi-automatic weapon of some sort,” Johnston said.

About 200 workers were inside the warehouse when the shooting unfolded, witnesses told reporters.

The suspect began shooting at employees, killing a worker, identified as Matin Haro-Lozano, 45, of Orland, California, according to a statement the sheriff’s office released Saturday night.

Johnston said a Red Bluff police officer responded to reports of an active shooter at the center, arriving on the scene in six minutes.

“That officer confronted the suspect and had an exchange of fire,” Johnston said.

He said a shooting broke out off the premises in the parking lot.

He said a second officer appeared when the gunman was still shooting at the first officer.

“The exchange of fire between Red Bluff police officers and the shooter was multiple rounds,” Johnston said, adding that at least 30 rounds were fired in the battle that lasted approximately two minutes before the suspect was wounded in death.

He said Lane was taken to a local hospital, where he was pronounced dead.

Officers found Haro-Lozano seriously injured and other injured employees when they swept the building looking for other suspects. They determined that Lane allegedly acted alone in the rampage.

Johnston said police officers put Haro-Lozano on patrol and took him to the hospital, where he was pronounced dead.

Autopsies are scheduled to take place in Lane and Haro-Lozano on Monday.

Six other employees suffered minor to moderate injuries in the episode, according to the sheriff’s office.

The two Red Bluff police officers who confronted the suspect in the shooting were placed on administrative leave in accordance with the shooting protocol involved by officers, authorities said.

The sheriff’s office is leading the investigation of the shooting, while the Tehama County district attorney is specifically investigating the actions of the officers involved in the incident.