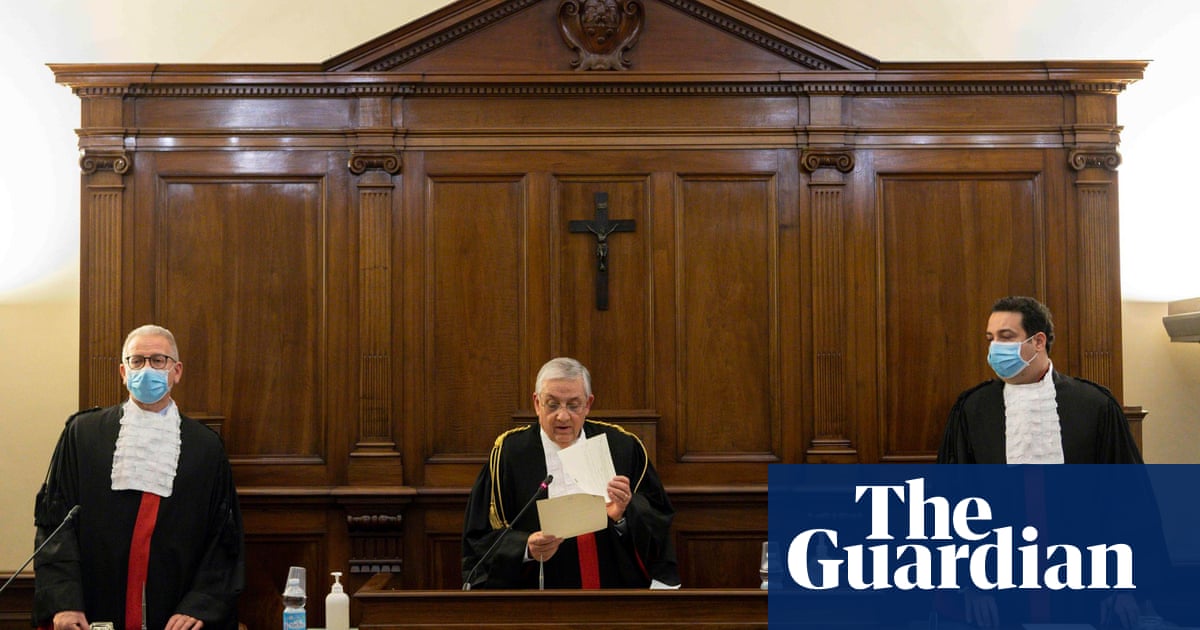 A former Vatican bank chief was convicted of embezzlement and money laundering and sentenced to nearly nine years in prison.

Angelo Caloia, 81, was president of the bank – officially known as the Institute for Works of Religion (IOR) – between 1999 and 2009. He was sentenced to eight years and 11 months in prison by a Vatican court on Thursday, making him the most. Vatican official convicted of financial crime.

Also convicted were Gabriel Liuzzo 97 and his son Lamberto Liuzzo, 55, both Italian lawyers who were advisors to the bank. The trio were accused of participating in a scheme in which they embezzled money while managing the sale of bank-owned Italian real estate between 2001 and 2008.

He reportedly snatched tens of millions of euros, declaring them far less than the actual amount of sales.

Gabriel Liuzzo was given the same sentence as Caloia, while Lamberto Liuzzo was sentenced to five years and two months. All denied wrongdoing during the trial, which began in 2018.