Former SCANA CEO Pleads Guilty to Fraud in SC Nuclear Fiasco: ‘Sorry it got to this’ | State and local news 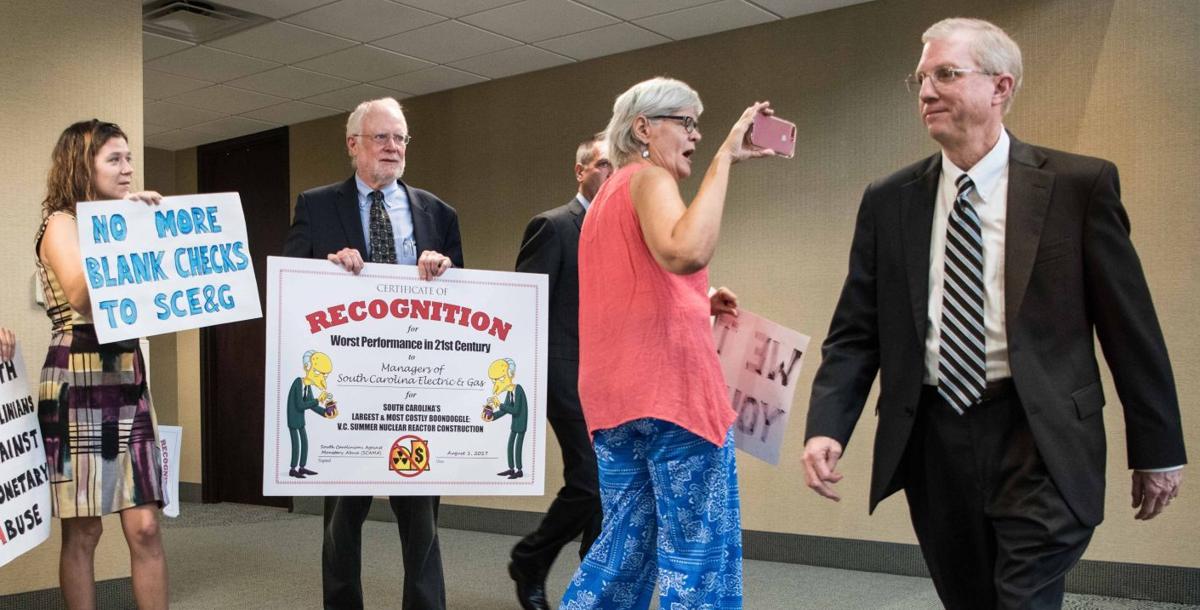 COLUMBIA – Former SCANA Corp. CEO Kevin Marsh will spend at least two years in prison and pay at least $ 5 million for defrauding electricity taxpayers in Carolina’s $ 9 billion nuclear power fiasco. Sur, according to a plea agreement that was filed with a federal government. judge February 24.

Marsh, 65, appeared in court for the first time to plead guilty to the fraud charges and formally accept responsibility for his role in the failed decade-long expansion of SCANA’s VC Summer nuclear power plant in County Fairfield. Marsh had to surrender his passport to court, but was released without having to post bail.

Once one of South Carolina’s top entrepreneurs, Marsh has spent the past six months as a criminal whistleblower and will continue to be a key witness for state and federal prosecutors who continue to investigate the failure of the VC Summer project. He faces up to 10 years in prison if he does not fully cooperate with that investigation, under the new terms of his plea agreement.

“Justice has been served,” South Carolina federal prosecutor Peter McCoy said after the hearing. “For years, institutions and individuals have abused the public trust with little or no responsibility. This includes corporations that have increased their profits at the expense of their clients. It is often assumed that these executives will avoid any oversight due to who they are and where they have worked. “

Marsh’s first day in court was a long one, the product of a three-year investigation by the FBI, the United States Attorney’s Office for South Carolina, the State Division of Law Enforcement, and the Attorney General’s Office. of South Carolina who filed state and federal fraud charges against him.

He spent Wednesday morning atoning for his crimes in federal court in Columbia and the afternoon apologizing to a state judge in Spartanburg.

“I’m sorry it came to this,” Marsh told State Judge Mark Hayes. “I am responsible for my actions. I will fulfill my obligations under the agreement with the state to cooperate as and when I can and do not expect to create any problems for you or the court.”

At both hearings, Marsh, dressed in a gray suit and a black mask, listened silently as prosecutors presented the case against him.

They recounted how the sudden collapse of the project in July 2017, now considered the biggest business failure in state history, sent shockwaves through South Carolina’s legal, regulatory, political and business communities.

In total, SCANA and its minority partner in the ambitious venture, state-owned Santee Cooper, spent $ 9 billion before disrupting the construction effort, which was supposed to usher in a new era of clean nuclear power in South Carolina.

The VC Summer expansion would have been the first successful nuclear construction project in the United States since the 1970s. SCANA raised its rates nine times at its 753,000 electric customers to finance the project.

Now, SCANA and Santee Cooper taxpayers will spend decades paying that debt on their energy bills.

Marsh’s main crime while managing the project, Assistant United States Attorney Jim May told Federal Judge Mary Geiger Lewis, was failing to inform regulators and the public about the construction, design and supply chain issues that were condemning the effort. expansion.

Instead, prosecutors claimed, Marsh and his SCANA colleagues submitted only optimistic projections and assessments of progress at the VC Summer construction site, even as prime contractor Westinghouse struggled to assemble the two new nuclear reactors.

Marsh and top SCANA executives knew at the end of 2016 that their project was doomed, destined to miss critical deadlines for getting the reactors online, prosecutors said Wednesday.

At the time, SCANA executives just needed to raise their concerns with the state Public Utilities Commission, which sets rates for utilities in South Carolina, and start an honest conversation about whether the project should continue.

In fact, a similar debate took place over the ongoing expansion of the Vogtle nuclear plant in Georgia after the collapse of the VC Summer project. There, regulators decided to continue the construction effort rather than cancel it.

But Marsh never raised those concerns with regulators. Instead, May claimed, Marsh and his SCANA colleagues knowingly repeated false reports from Westinghouse about positive progress at the site.

“This is not a typical fraud scheme,” May said. “This is not Bernie Madoff. This is not a Ponzi scheme. It is more of a crime related to the violation of public trust.”

Marsh pleaded guilty to the mail and wire fraud charges and admitted, clearly and repeatedly, in response to questions from Judge Lewis, that he committed those crimes.

May said investigators determined that Marsh should return $ 5 million to SC taxpayers after a “thorough process” that included studying Marsh’s compensation from the company and determining how much of it, including performance-related bonuses, was directly related to the nuclear project.

Prosecutors said Marsh has been cooperating with the investigation since fall 2020. The investigation is “looking for additional actors” who may have committed crimes during the construction of the project, May told Lewis.

“We’re going to need your help,” May said of Marsh.

Now, prosecutors have Marsh and Byrne at their disposal as witnesses as they continue their investigation. If Marsh is uncooperative or “misbehaves while he’s gone, then all bets are off in terms of this plea deal,” said Creighton Waters, an attorney for the Attorney General’s Office.

Marsh’s guilty plea comes at the end of Peter McCoy’s career as United States Attorney for South Carolina. The James Island Republican will resign on February 28 after the administration of President Joe Biden asked almost all US attorneys appointed by Donald Trump to resign before the end of the month.

As a state legislator in 2017, McCoy led SC House’s investigation into the failure of the VC Summer project and questioned Marsh and other SCANA officials about their role.

“I am honored to have been a United States Attorney during this process,” McCoy said.

The VC Summer fiasco proved to be an existential threat to both SCANA and Santee Cooper.

The General Assembly is currently debating whether to sell Santee Cooper to Florida-based NextEra Energy as a means to get rid of VC’s summer debt from the energy and water utility.

After the morning hearing, as McCoy and South Carolina Attorney General Alan Wilson held a press conference to discuss the guilty plea, Marsh and his attorneys exited federal court and attempted to pass the gang of journalists and prosecutors near the front door.

Tom Clements, an environmental activist who criticized the nuclear project even before it was abandoned, noticed and shouted a question as the former SCANA executive passed him: “Mr. Marsh, are you going to apologize to the people of South Carolina for this nuclear nightmare? “

Marsh didn’t reply. He got into the passenger seat of a black truck that revved the engine and drove away.