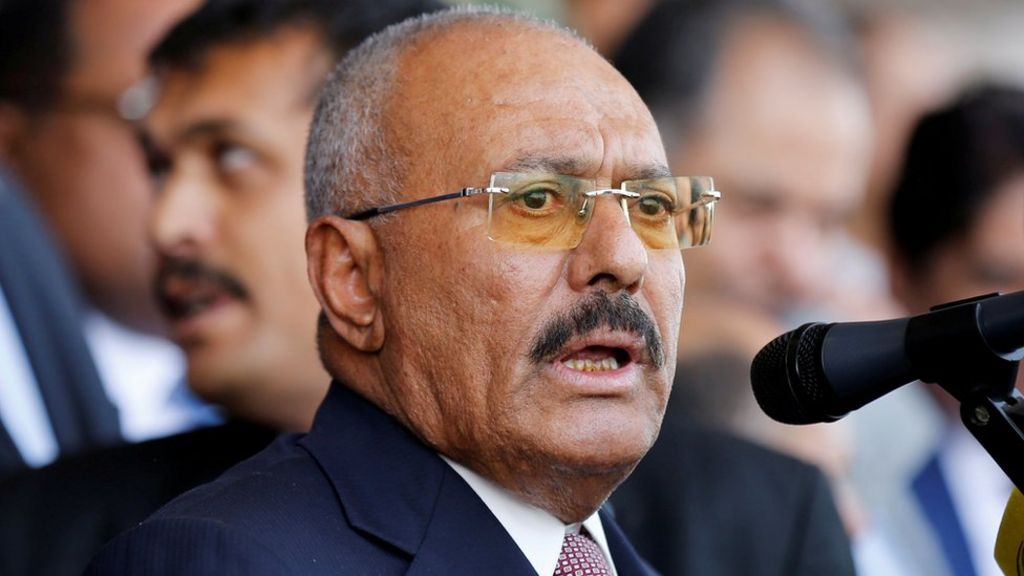 The former president of Yemen has suggested that he is willing to talk to the Saudi-led coalition that his forces have been fighting for years.

Ali Abdullah Saleh said on television that he would be ready to "turn the page" "If the coalition lifted a blockade in northern Yemen and stopped its attacks."

The coalition praised its offer, but the rebels Houthi, his allies until this week, accused him of a "coup."

Clashes between Saleh's forces and Houthi's fighters erupted on Wednesday.

The Houthis are backed by Iran, but have been their allies against him. government internationally recognized since 2014.

There were reports of new clashes on the streets of the capital, Sanaa, on Saturday, with explosions and gunfire concentrated in the southern suburbs of the city, where Saleh's relatives live.

] The two groups had been fighting together against the current President Abdrabbuh Mansour Hadi for almost three years.

The fighting broke out when Mr. Saleh's supporters accused the former Houthi beldes to break into the main complex of the mosque in the city.

The gap between forces that had been fighting side by side could have significant implications for Yemen's civil war.

"I call on our brothers in neighboring countries … to stop their aggression and lift the blockade … and we will turn the page," Saleh said in a television address.

He condemned the Houthis for a "brazen attack" against members of his party, the General People's Congress.

In a statement, the coalition responded: "The decision of the General People's Congress (of Ali Abdullah Saleh) to take the initiative and their choice to stand on their side the people will liberate Yemen from … militias loyal to Iran" .

A spokesman Houthi said: "Saleh's speech is a blow against our alliance and badociation … and exposed the deception of those who claim to oppose the aggression."

More than 8,670 people have been killed and 49,960 injured since a coalition led by Saudi Arabia backed Mr. Hadi intervened in the conflict in 2015, according to the UN.

The conflict and the coalition blockade have also left 20.7 million people in need of humanitarian aid, created the largest security emergency, and triggered a cholera outbreak that is believed to have killed 2,211 people since April.