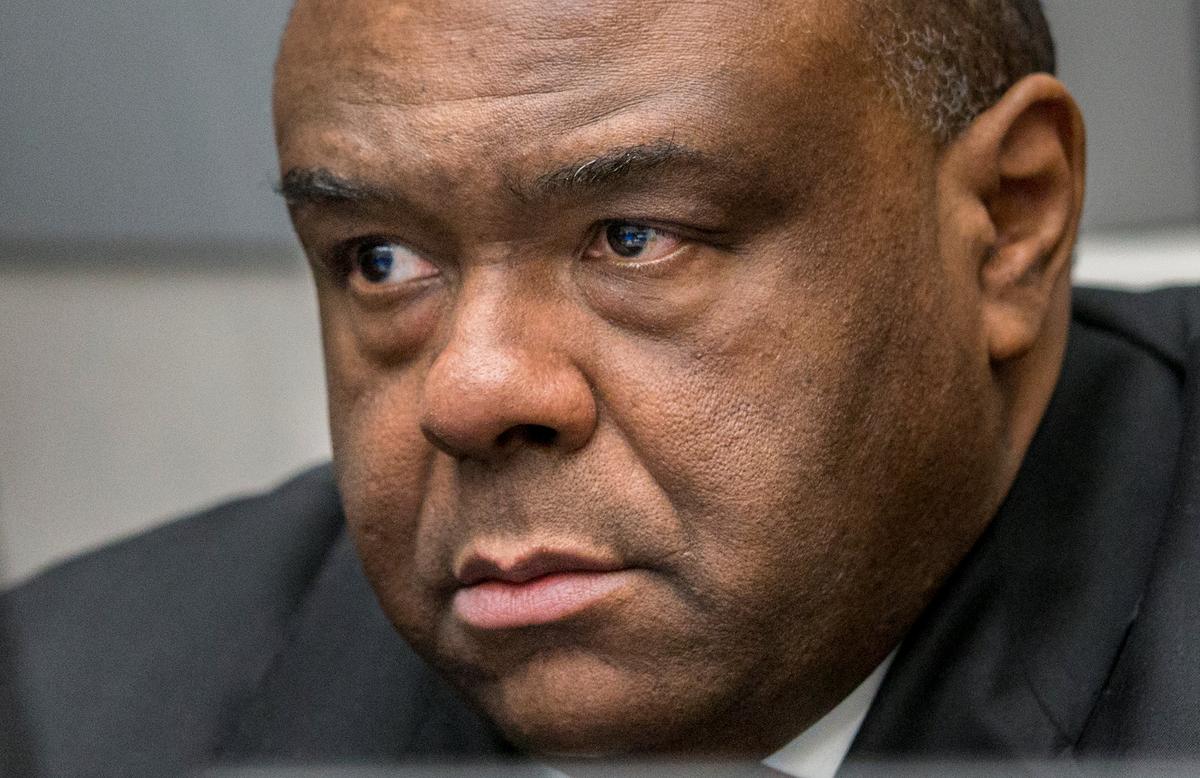 The Hague (Reuters) – The International Criminal Court annulled Friday the conviction for war crimes of former vice president of the Democratic Republic of the Congo Jean-Pierre Bemba, a major blow to prosecutors that could also affect politics in its country of origin.

PHOTO OF THE FILE: Jean-Pierre Bemba Gombo is seen in an ICC courtroom to hear the sentence on charges that include corruptly influencing witnesses by giving them money and instructions to provide false testimony and false evidence, in The Hague , Netherlands, March 21, 2016. REUTERS / JERRY LAMPEN / Pool / File Photo

Bemba was one of four people convicted by the permanent war crimes tribunal in its 16 years of operation, and the highest among those they. He had been convicted of murder, rape and looting for actions of combatants that he sent to the Central African Republic to support the then president of CAR, Ange-Felix Patbade.

Judge Christine Van den Wijngaert said that Bemba, once the leader of the main opposition party in the Congo, could not be held responsible for the crimes committed by the troops under his control in the Central African Republic in 2002-2003.

Dismissing her 18-year sentence, she said that the trial judges had not considered her efforts to stop the crimes committed by her Movement for the Liberation of the Congo (MLC) once she became aware of them, and It would have been difficult for him to control the actions of the troops from a distance.

"Mr. Bemba can not be held criminally responsible for the crimes committed by the MLC troops during the operation of the Central African Republic," he said, reading the ruling of an appeal panel of 5 judges. Bemba's efforts to stop the crimes "extinguished his responsibility in its entirety," he said.

His acquittal will have implications in the Congo, where he remains a popular figure in the west of the country. His MLC party is one of the largest opposition movements to President Joseph Kabila, who will retire after the elections scheduled for December.

Prosecutor of the CPI Fatou Bensouda described the decision as "regrettable and worrying".

He noted that the judges did not deny that Bemba's troops had committed atrocities "that resulted in great suffering in the Central African Republic."

"The carnage and suffering caused by these crimes is very real and they are recognized," he told reporters.

Fiona McKay of the Open Society Justice Initiative said the decision was an "important blow" for the Bensouda office "given the enormous resources that have been dedicated to this case, which has lasted more than 10 years."

This was the first case of the ICC with a primary focus on the use of rape as a weapon of war, "he said.

Bemba's case had been seen as the foundation of the precedent that political officials and The military could be held responsible for the actions of the troops under his command.

He was not released immediately on Friday despite his acquittal because he has also been convicted of witness tampering, and an appeal ruling in that case is still pending. pending.

The court convened a state conference in its case for June 12, which Bemba's attorney described as "unacceptable", given that the maximum sentence Bemba could receive for that charge is 5 years and he spent 10 years in detention.

He said that Bemba would probably go to Belgium to meet his family there before returning to Congo after being released.

Bemba, the son of a businessman, became rich during years of close badociation with former Congolese leader Mobutu Sese Seko. He joined the government with Kabila in 2003 as part of a power-sharing agreement that ended years of civil war.

According to a national public opinion poll conducted by the Congo Research Group at New York University in March, despite being absent for a decade, Bemba would finish third in a hypothetical presidential race behind two other opposition leaders with 10 percent of the votes.

Karine Bonneau, of the International Federation for Human Rights, said the decision was devastating for some 5,000 victims of Bemba troops waiting for the ruling.

The message "for warlords seems to be: when you are not on the scene, let your troops commit the worst crimes and the worst abominations, then say that you have nothing to do with it, and we will not condemn you . "