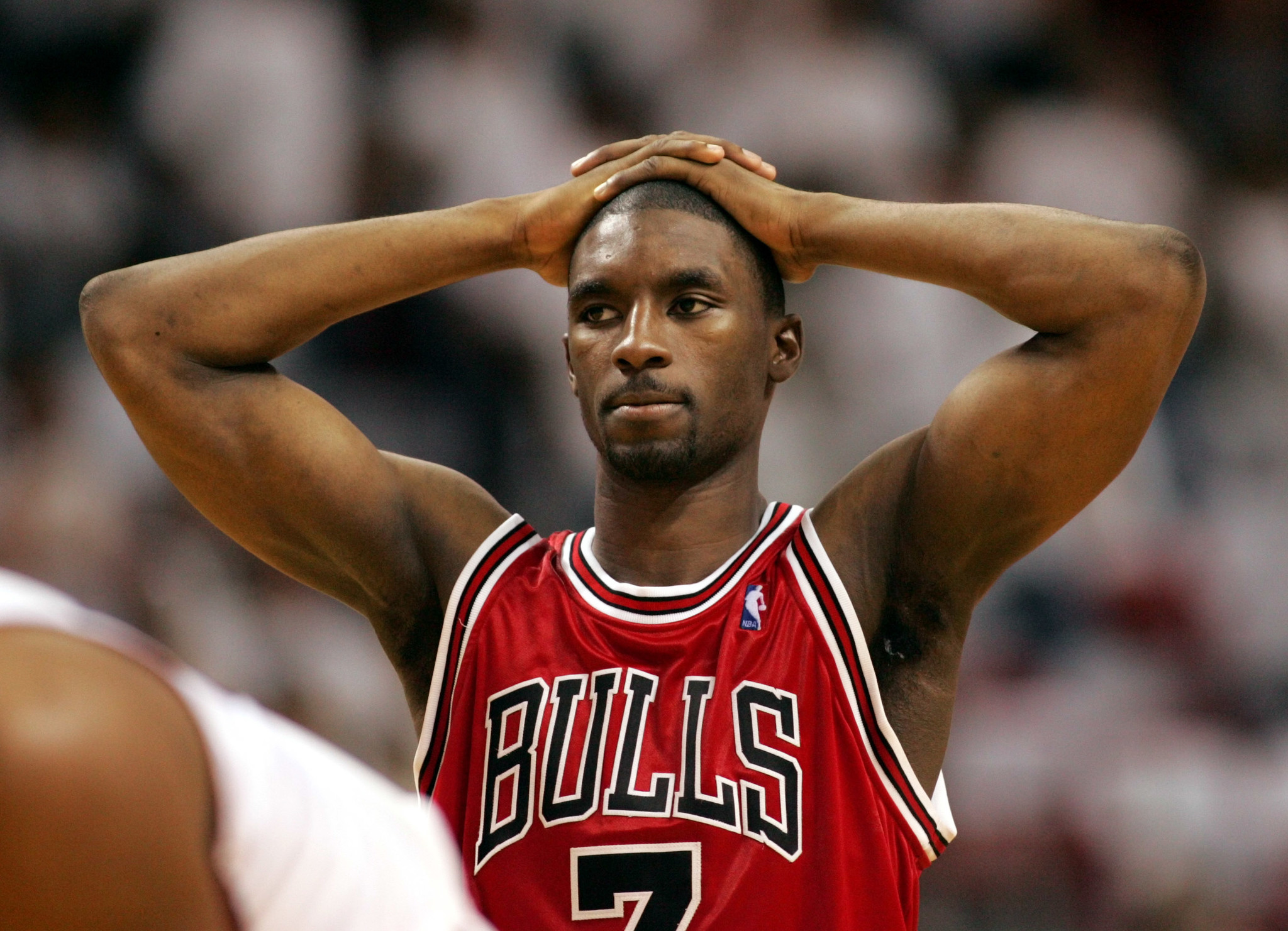 Former NBA player Ben Gordon was arrested on suspicion of theft in Los Angeles after an apartment manager was beaten and boarded with a knife.

Gordon, 34, went to a building on Saturday where he had rented two and demanded his security deposit from the manager, police spokesman Tony Im said Tuesday.

When the manager said he did not have access to the deposit money. Gordon punched him in the face, I told him.

The manager was able to return part of the deposit and Gordon left but returned with a knife and demanded the rest, I said.

Someone intervened and Gordon left but he came back for the third time and was arrested, I said. He was imprisoned and released for $ 50,000.

Gordon played 11 years with the Bulls, Pistons, Hornets and Magic, averaging 14.9 points, 2.5 rebounds and 2.5 badists per game. He won the Sixth Man of the Year award in 2005 as a Chicago rookie.

He has not played in the NBA since 2015 and his recent starters have largely involved going against the law.

He was arrested last week. in New York and fined for allegedly driving with a forged license.

In October, Gordon was hospitalized for a psychiatric evaluation after allegedly arguing with a woman and locked himself in a restroom at a sports rehabilitation center he owns in Mount Vernon, New York.

Gordon, who was a standout at the University of Connecticut before turning professional, told the Hartford Courant in March that he hoped to return to the NBA.

"It's hard, man," Gordon said. "When you've been doing it for so long and you have so much structure, without facilities, coaches, it's a bit more difficult."

Basketball Hall of Fame Coach Jim Calhoun, who coached Gordon in Connecticut, said he spoke with Gordon a week ago and with his mother on Tuesday night.

"He has always been a great child, but he is going through a difficult time in his life," Calhoun said in a telephone interview with The Associated Press. "I know that his mother and the rest of his family support him by going back in the direction we all know Ben Gordon can get to."