For Syrians, a decade of displacement with no end in sight 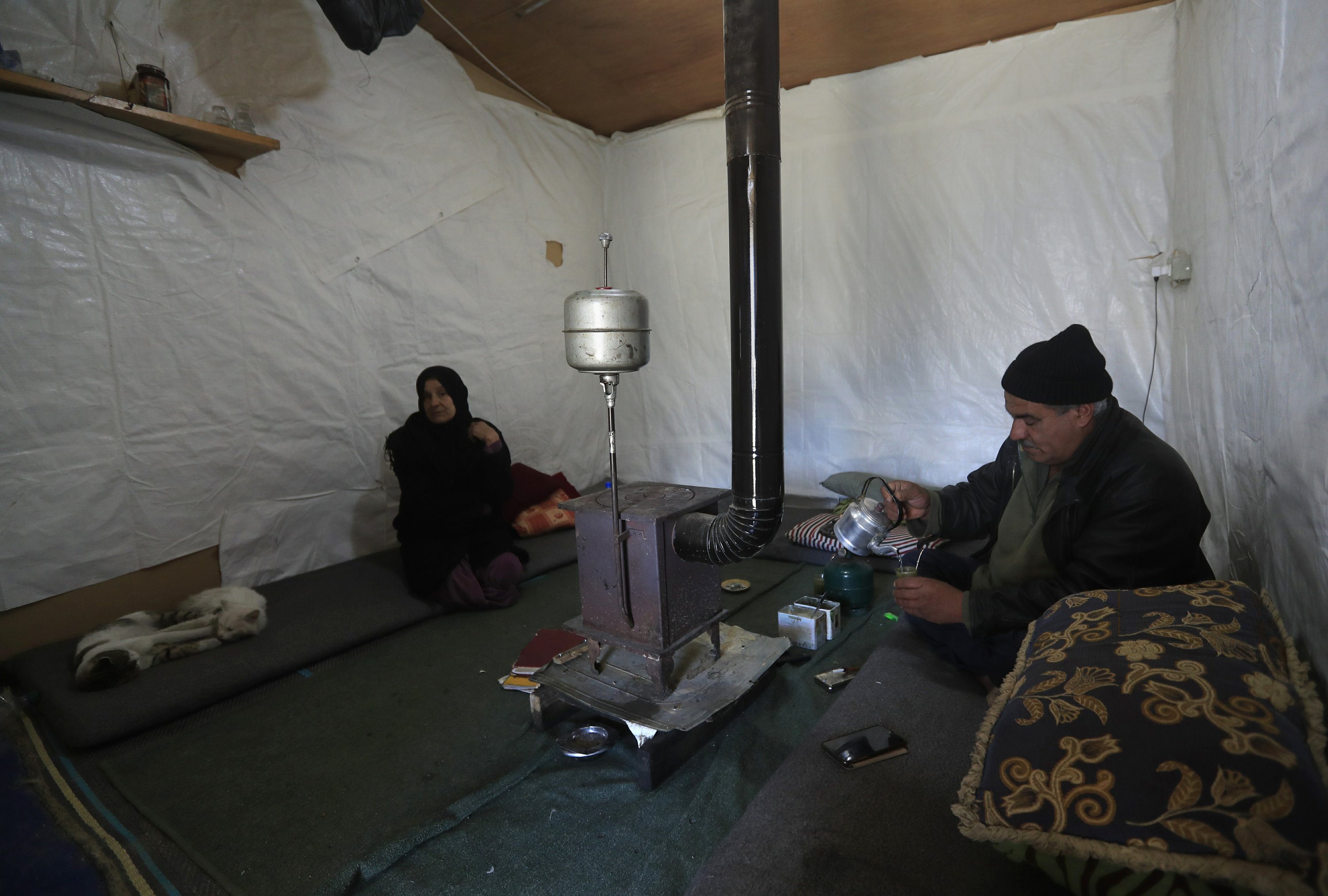 BAR ELIAS, Lebanon (AP) – Mohammed Zakaria has lived in a plastic tent in the Bekaa Valley of eastern Lebanon for almost as long as war has raged in his native Syria.

He and his family fled the 2012 bombings, thinking it would be a short and temporary stay. His hometown of Homs was under siege and subjected to a fierce Syrian military campaign. He didn’t even bring his ID with him.

Almost 10 years later, the family still has not returned. Zakaria, 53, is among the millions of Syrians who are unlikely to return for the foreseeable future, even as they face deteriorating living conditions abroad. In addition to her displacement, Zakaria now struggles to survive Lebanon’s financial collapse and social implosion..

“We arrived assuming we would go in and out,” said Zakaria, sitting outside his tent on a recently cold day as his children walked by in worn slippers.

Syria has been mired in civil war since 2011, when Syrians rebelled against President Bashar Assad amid a wave of Arab Spring uprisings. The protests in Syria, which began in March of that year, quickly escalated into an insurgency and eventually a full-blown civil war, in response to a brutal military crackdown by Assad’s security apparatus.

Almost half a million people have died and some 12,000 children have died. or were injured in the conflict in the last decade, according to the UN children’s agency UNICEF. The conflict also resulted in the biggest displacement crisis since World War II.

The Norwegian Refugee Council said this week that since the war began in 2011, an estimated 2.4 million people have been displaced each year in and out of Syria. Hundreds of thousands of Syrians face continuous displacement with each year the conflict continues and economic conditions deteriorate.

The war has left Syria divided and in ruins. Almost a million children have been born in exile.

Of the country’s pre-war population of 23 million, nearly 5.6 million are refugees living in neighboring countries and Europe. Some 6.5 million are displaced within Syria, most of them for more than five years.

Lebanon, a small Mediterranean country with a population of around 5 million, is home to the highest concentration of refugees per capita, estimated at around 1 million. Most of them live in informal, makeshift tents scattered around Lebanon’s Bekaa, not far from the Syrian border.

Zakaria, a former janitor for a Homs construction company, has struggled to support his family, even as he continues to grow up in Lebanon. He has two wives and eight children, including two who were born in Lebanon. One of their children was just one year old when the family fled Syria.

In Lebanon, it is difficult to find employment as an economic and financial crisis shakes the country. Financial aid is scarce and irregular. A fall in the currency sent inflation and prices skyrocketing. Zakaria is now trying to earn a living by selling gas cylinders used as heaters to other refugees in her settlement.

He earns 1,000 Lebanese pounds (about 10 cents) with every can of gas he sells. But this winter, their neighbors in the settlement, which is home to some 200 Syrian refugee families, could barely afford to buy enough gasoline to heat their tents.

Through the unprecedented economic crisis, Lebanon’s currency has so far lost more than 80% of its value.

“Life is expensive here,” he said. “It is very expensive even for drugs or doctors.”

When his wife needed urgent eye surgery, Zakariya arranged for her to be smuggled briefly to Syria to perform the surgery there. The surgery was to cost 22 million Lebanese pounds, about $ 2,200 at current market prices. They managed to do it in Syria for 85,000 Lebanese pounds ($ 850).

Zakaria said she feels great sadness for her three youngest children who have no memories of Syria and her home in Homs. They have also not been to school and cannot read or write.

According to UNICEF, almost 750,000 Syrian children in neighboring countries, including Lebanon, do not attend school.

“Now we have a generation, 10-year-olds are a new generation,” he said. “I have young children and … they don’t even know our neighbors” at home.

Many Syrians cannot return because their homes were destroyed in the fighting or because they fear military recruitment or retaliation from government forces.

Zakaria clings to the hope that one day she will return home.

“God willing, we will die in our country,” he said. “Everyone should die in their own country.”