Florida Piney Point sewage reservoir does not have a second breach, authorities say 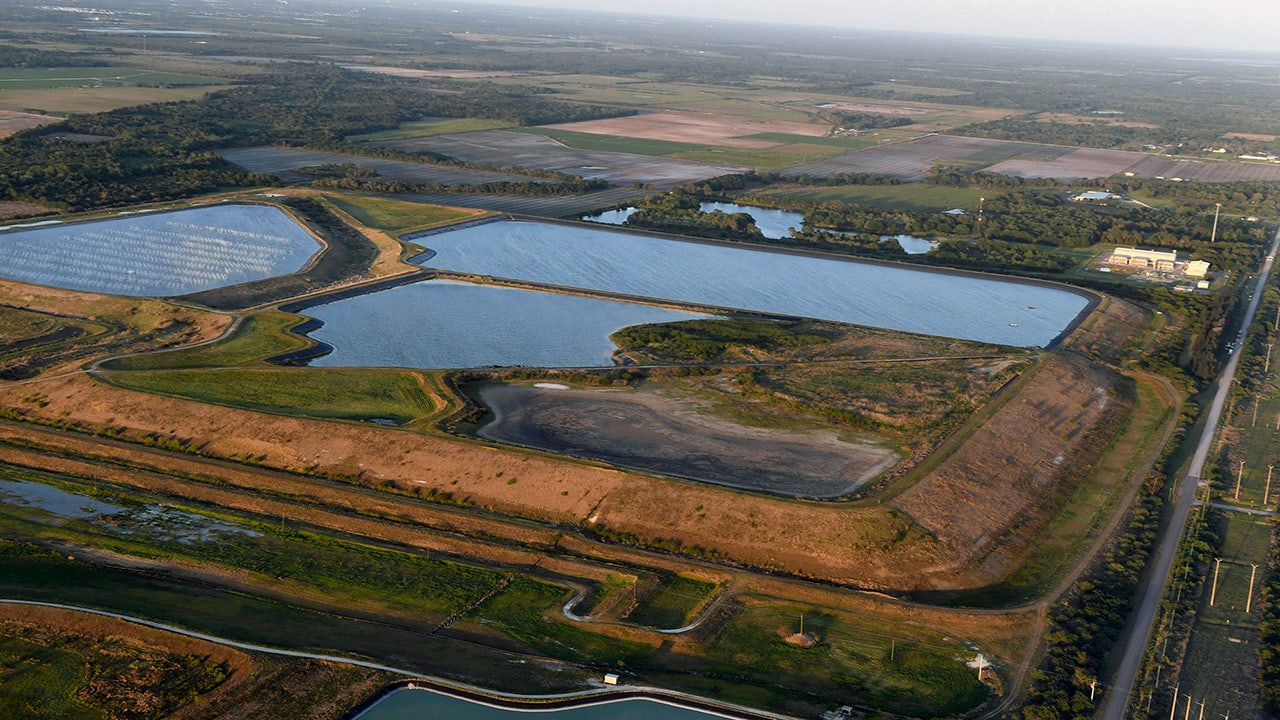 Engineers and dam safety specialists who assessed the danger of a catastrophic flood from a leaking Florida sewage reservoir determined that the threat of a possible second breach was “unproven,” the Florida Department of Environmental Protection said.

Authorities said Monday that a drone discovered a possible second breach in the reservoir, the east wall of which continues to show “concentrated seepage.” But on Monday night, experts from four government agencies and outside engineers concluded that it was safe to continue working on this second site, the agency announced.

Meanwhile, the agency said dozens of pumps and 10 vacuum trucks have been deployed to remove 35 million gallons of wastewater per day in the Tampa Bay estuary, where 11 different sampling operations are monitoring water quality. and considering ways to minimize algal blooms that kill marine life. and make the beach dangerous for humans in the tourism-dependent state.

This photo shows a reservoir near the old Piney Point phosphate mine Saturday in Bradenton, Florida. Florida Governor Ron DeSantis declared a state of emergency Saturday after a significant leak in a large sewage pond threatened to flood roads and burst a system that stores contaminated water.
((AP / The Bradenton Herald))

Rep. Vern Buchanan, a Republican, toured the area by helicopter Monday and said federal resources were committed to assisting in the effort to control the 77-acre Piney Point Reservoir in Manatee County, just south of the area of Tampa Bay.

“I think we are making progress,” Buchanan said. “This is something that has been going on for far too long. Now, I think everyone is focused on this.”

FLORIDA WORKS TO AVOID THE ‘CATASTROPHIC’ COLLAPSE OF THE PONDS

“Within 24 hours it escalated into a catastrophic evacuation, and we really didn’t know anything until we saw that there was an evacuation and then all of a sudden an evacuation within the block of our house,” Fitzsimmons said. “We are not in the complete evacuation zone, so we did not make the decision to leave, but we are certainly ready to go, I would say that within a 10 second notice, we can leave.”

Scott Hopes, the Manatee County Manager, said the additional pumps should increase the capacity for controlled wastewater discharges to 100 million gallons per day.

Crews have been pumping millions of gallons of water from the reservoir daily. (Fox News)

“This environmental disaster is compounded by the fact that it was completely predictable and preventable,” said Jaclyn Lopez, Florida director of the Center for Biological Diversity. “With 24 more phosphorous gypsum piles storing more than 1 billion tons of this dangerous radioactive waste in Florida, the EPA must step in now.”