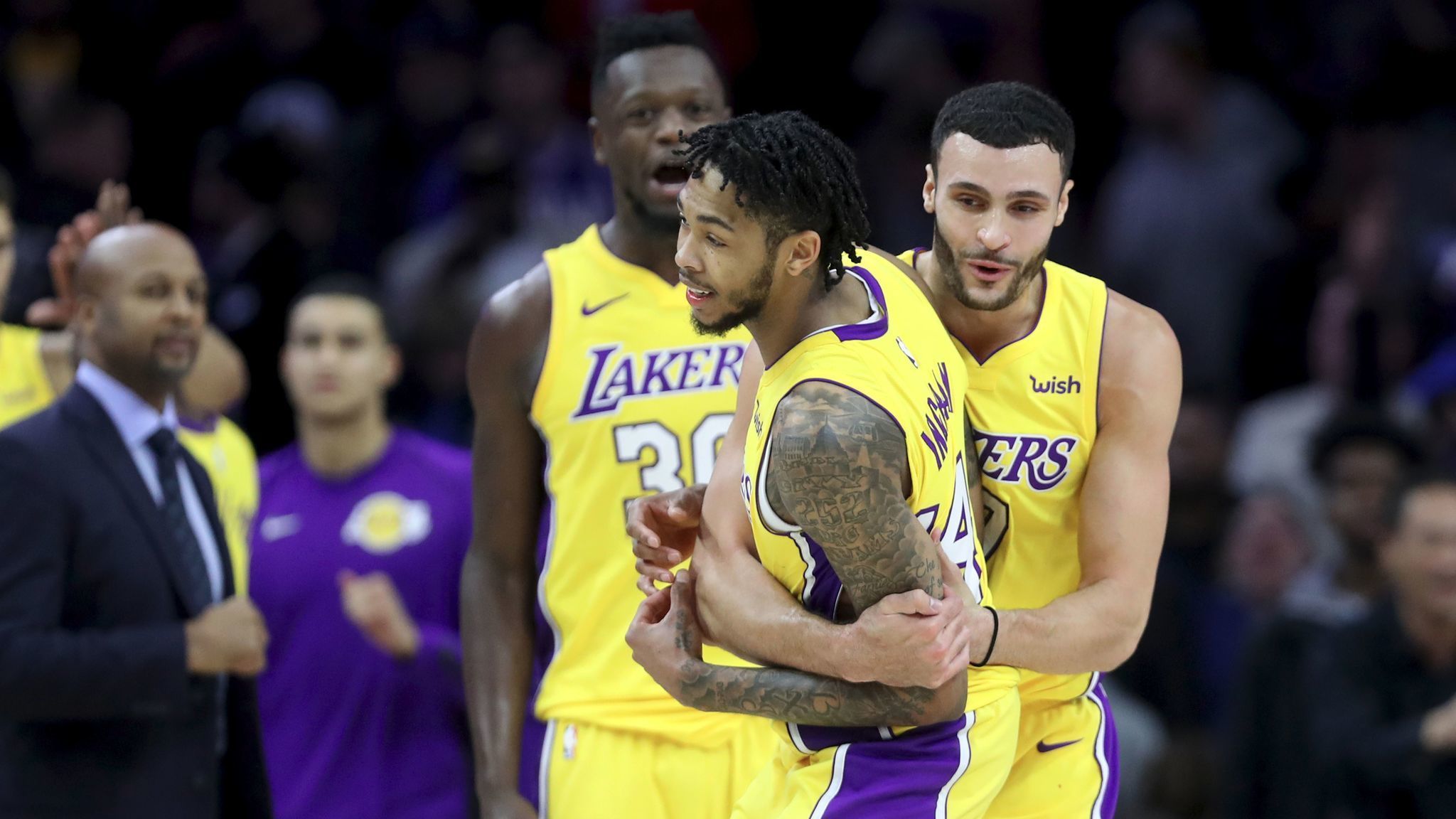 Often, when NBA players face their friends, the urge to win intensifies.

That could have been one of Julius Randle's motivations on Thursday night against Philadelphia 76ers star Joel Embiid.

Randle hated the way he played against Embiid the first time the Lakers faced the 76ers. His defense was part of the reason why Embiid scored 46 points, his best career mark, in that game.

"I think I made it too easy for him," Randle said. "He sent him to the free throw line, let him get to the paint, his catches are really easy, I did not feel that I made it difficult, today, I just tried to make it harder."

You saw it in the way that Randle harbaded Embiid on the defensive at the end of the game, in the way he blew up Embiid's fouling problems on offense. Embiid scored 33 points, but the Lakers won this time.

And when the game was over, Randle, always with a stone face after the defeats, could laugh a little.

"He's the funniest guy in history," Randle said. "It's hilarious … We were in the same clbad in high school, same draft clbad, Jo Jo and I are great."

1. Lakers coach Luke Walton has developed a fairly reliable motivation system for Randle: he feels it. Walton eliminated Randle from the game with 6:06 remaining and the Lakers leading by five. He came back with 4:26 in the game. "I took it out," Walton said, when asked how he had prepared Randle for the challenge of facing Embiid. "Every time I take it out he gets [angry]I took it out for a quick minute, I put it back in and he uses that anger, he used that anger pretty well, I just hope he never realizes it." (I hope you do not read these five key points.)

2. One player who probably did not appreciate that tactic was Brook Lopez. Lopez was the one who Walton replaced Randle. He played only 1:40 in the entire fourth quarter and 19:38 in general. Lopez has had trouble adjusting his low minutes with the Lakers.

3. The rotation problem of the Lakers took a parenthesis of a game. During their five-game losing streak, the Lakers averaged more than 18 turnovers per game. Leading the game on Thursday, they led the league in turnovers. On Thursday, they committed only 12 turnovers. "We did a great job of not delivering the ball," Walton said. "I think we only had three turnovers in the second half and one in a quarter, our guys really were locked into that." I was close. They had five turnovers in the second half and only one in the first quarter.

4. Free throws remain a problem. When Walton left for his postgame interview, Brandon Ingram was finishing an interview with a headset on a television station. "If you had made your free throws, we would not have needed that three-point shot," Walton said. Ingram laughed because it was a smallness in a solid game. But Walton was right. Ingram missed five of the 10 free throws he fired. The Lakers as a group shot 50% from the free throw line, missing 12 of 24.

5. Jordan Clarkson could have been happier than anyone in Ingram's big game and see his shot winner of the game. "Great for him, he did a lot of work this summer, so it's good to see how they come together," Clarkson said. "That's my dog ​​growing right in front of my arms, that's my boy right there." When Ingram took that shot, Clarkson said, "That … was wide open." If he had not fired it, probably I would have slapped them. "Then, later, he tweeted:" Your little town NOW, "a reference to Ingram's nickname," Tiny Dog. "