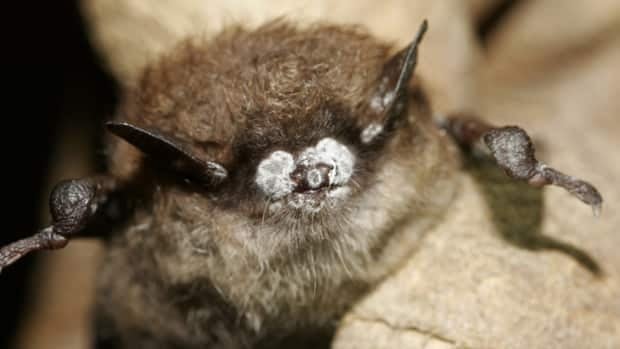 For the first time, a fatal infection known as white nose syndrome has been detected in Manitoba bats.

The disease, which has devastated bat populations in other areas, was found in bats in the St. George Lake area, about 200 kilometers north of Winnipeg, a provincial press release said Friday.

White nose syndrome is caused by a fungus that attacks the ears, wings and nose of a bat while the animal hibernates. The infection causes the bats to wake up too early, depending on the province, which can be deadly.

"Without food, bats die of starvation and hypothermia," the press release said.

White nose syndrome first appeared in the state of New York in 2006 and since then has caused the death of millions of bats in the United States and in six Canadian provinces: New Brunswick, Newfoundland and Labrador, New Scotland, Ontario, Prince Edward Island and Quebec.

The Sustainable Development Department of Manitoba says that people should avoid entering the caves where the bats live to prevent further spread of the spores.

Bats, living or dead, should not be touched either, the government said, because animals can transmit rabies.

The white nose syndrome, although it is very contagious among bats, does not present known risks for the health of people.