Firefighters prepared to extinguish the fire near Mt. Wilson 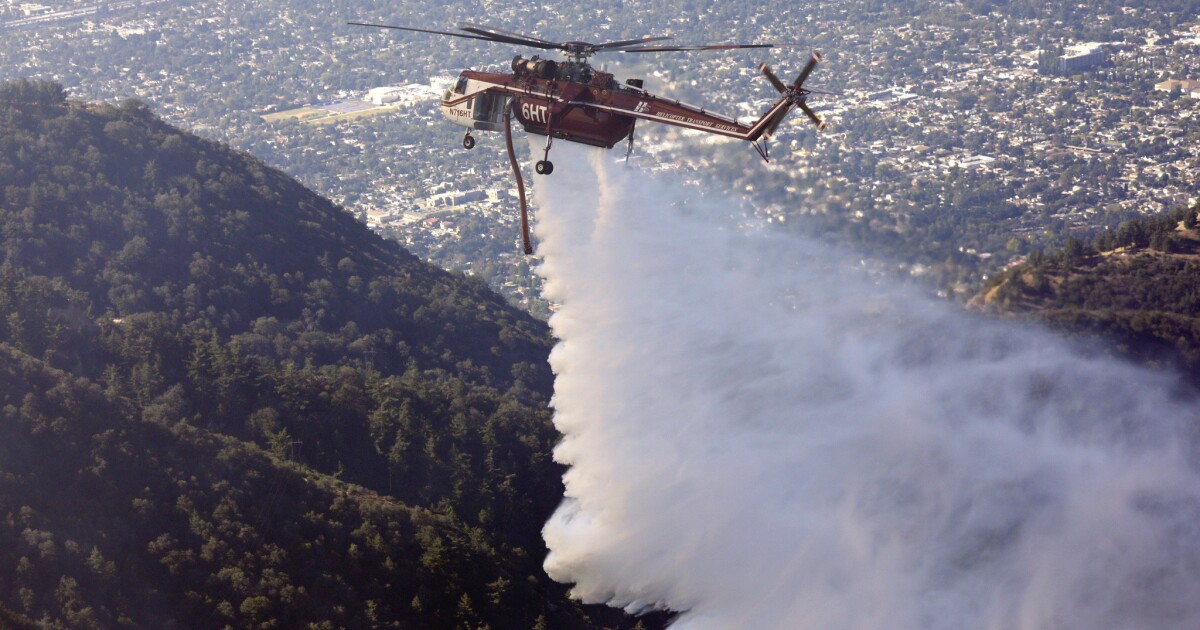 It was 1 o’clock in the afternoon and for the fourth consecutive day the flames of ash were falling like snow. David Kendejus looked at the huge clouds of smoke rising from the eastern edge of the bobcat’s fire as it marched west of Mt. The Wilson Observatory and surrounding broadcast broadcasters skyrocketed hundreds of feet.

“1.6 miles away from the observatory have gone up in flames,” said 28-year-old Condengend, who has 18 astronomical wonders, including a 100-inch Hooker telescope, that proves the existence of other galaxies in the universe. “A little good news is that the smoke was so dense Sunday night that it stopped the speed of the fire.”

Cendejas and other staff had spent the morning introducing more than three dozen firefighters strategically located emergency firefighting systems and backup electric generators on the property, located on a 5,710-foot hill shaded by pine and oak forests.

They included a water tank connected to a high-pressure pump built in 1970, the last time the observatory was rescued from the station’s flames after a battle lasting five days and four nights.

Now, when the foggy columns of smoke turned the sky orange and gray, 12 fire brigades were reported to be on fire, which would have caused a frightening stigma from the large horns on the glowing white dome of the observatory.

By 1:45, a sense of urgency swept across the field.

Firefighters quietly and efficiently started fire extinguishing equipment. The battalions were studying the major maps.
Mill Creek Hotshots of San Bernardino reached out to broadcast towers owned by media companies and federal agencies of every strip.

“All non-trainees have to leave immediately,” Dandage told a visitor.

The Bobcat fire has burned over 36,000 acres and is only 6% contained.

As night fell, officials said they were still concerned about its spread, especially around Mt. Wilson.

A Far County Flood Control campaign looms over an 8-mile-long section of the western fork of the San Gabriel River, a La County Public Works assistant dam operator in Cogswell Dam, discovered a bobcat fire on Sept-6 at 12:21 p.m.

The operation controls the flow of the stream, which does some of the best fly fishing in Southern California and helps recharge the metropolitan aquifer in the flats below.

A fire engulfed the dam, Lee said, “but no structure has been damaged there, and no injuries are reported.”
Firefighters are taking water from the Cogswell and San Gabriel reservoirs in the San Gabriel Mountains above Azusa.

On Monday afternoon, he said, the flames approached Santa Anita Dam, less than a mile above Arcadia.

“We are moving towards the winter storm season,” Lee said, “and this infrastructure is important to protect downstream communities from potential flooding.”