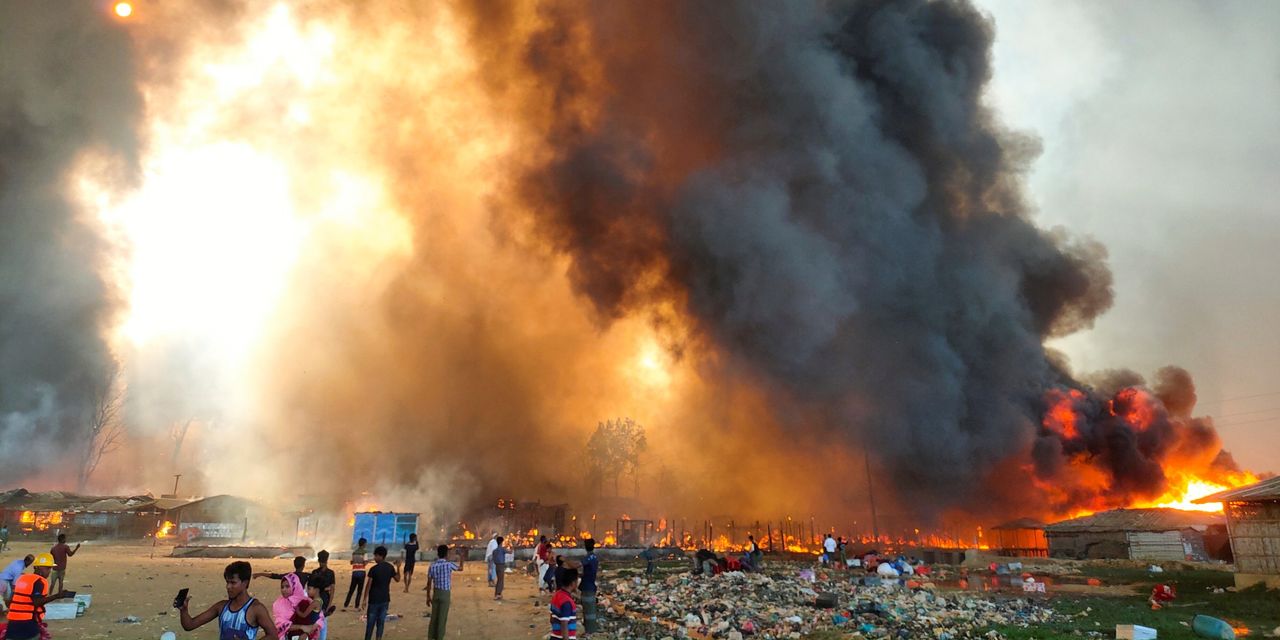 As a fire raged through a Rohingya refugee camp in Bangladesh, Dildar Begum ran in terror from her family’s shack to her brother’s home. “It looked like hell fire,” he said.

The fire that destroyed his home killed at least 15 people and left about 400 missing, the United Nations refugee agency said. Non-profit organizations operating there are warning of deteriorating conditions in the camp that is home to more than 720,000 Rohingya who fled a 2017 military offensive in neighboring Myanmar.

Once the fire was finally put out, Ms. Begum, who is 48 years old, returned to her family’s camp, passing burned cows and human corpses. His family’s shack had been burned to ashes, along with his possessions. “We are in a state of confusion now. It seems that it would be better if we die, since we lost everything, ”he said.

Anowar Azim, 25, said he tried to push back the fire as he approached his home, but was unable to. His wife left their home with their 1-year-old daughter, as smoke and fire thickly engulfed the area. They rushed to safety and are now staying with relatives.