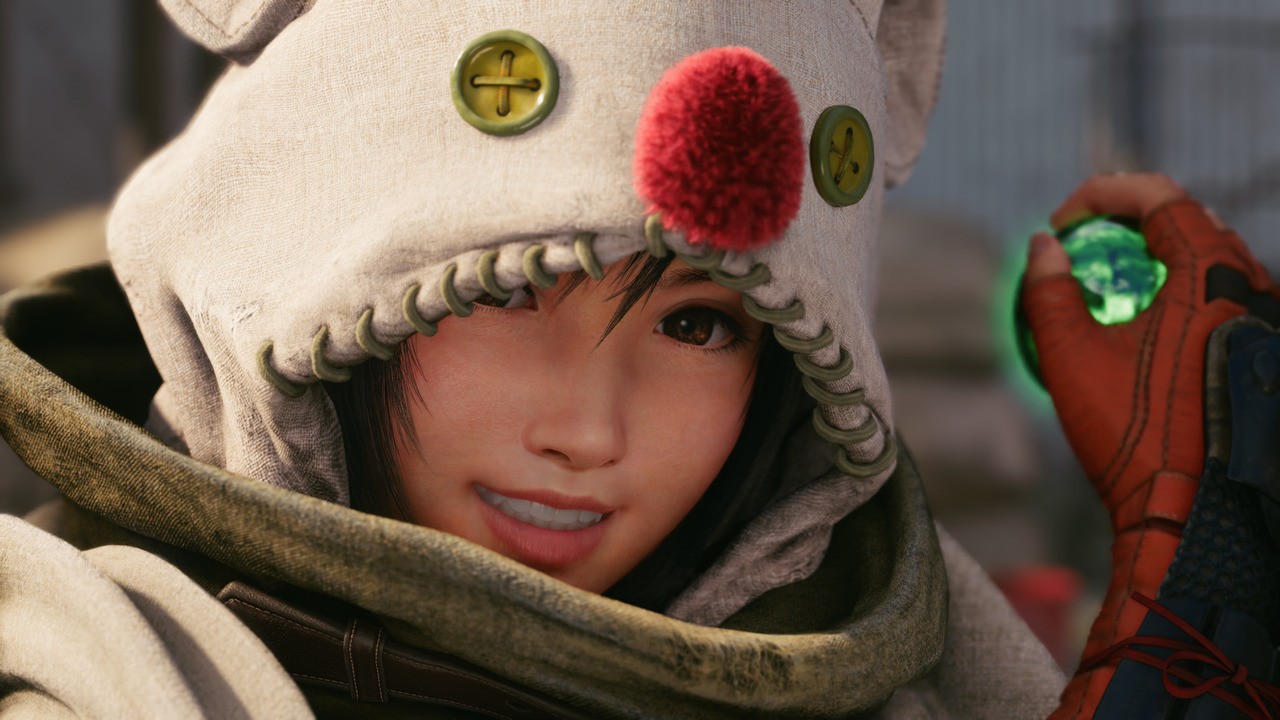 Sonon is not actually fully playable in battle, but Yuffie will be able to perform team attacks with his help. Additionally, Yuffie’s giant shuriken weapon allows her to fight at any distance, which should allow for some degree of strategy.

As for the story of the Yuffie Episode, all we know is that it will be divided into two ‘chapters’. Obviously we don’t know how long these chapters will last, but if it looks anything like the main game, then we’d probably bet this DLC will only last a few hours at most. Hopefully it’s entertaining while it lasts.

We also don’t know how expensive the Yuffie episode will be, only that it needs to be purchased separately from Remake Intergrade. We will certainly get a lot more information in the coming months.

Oh, what about that edgy looking kid with the crazy hair from the trailer? Dedicated fans may have recognized him by now – his name is Weiss, and he comes from the grim PS2 title Dirge of Cerberus. Fortunately, it doesn’t seem like Weiss is part of the DLC narrative. Instead, he will become a powerful boss that you can battle with in the game’s virtual reality arena. Phew.

Are you looking forward to Intergrade? Do you have high hopes for Episode Yuffie? Steal some stuff in the comment section below.