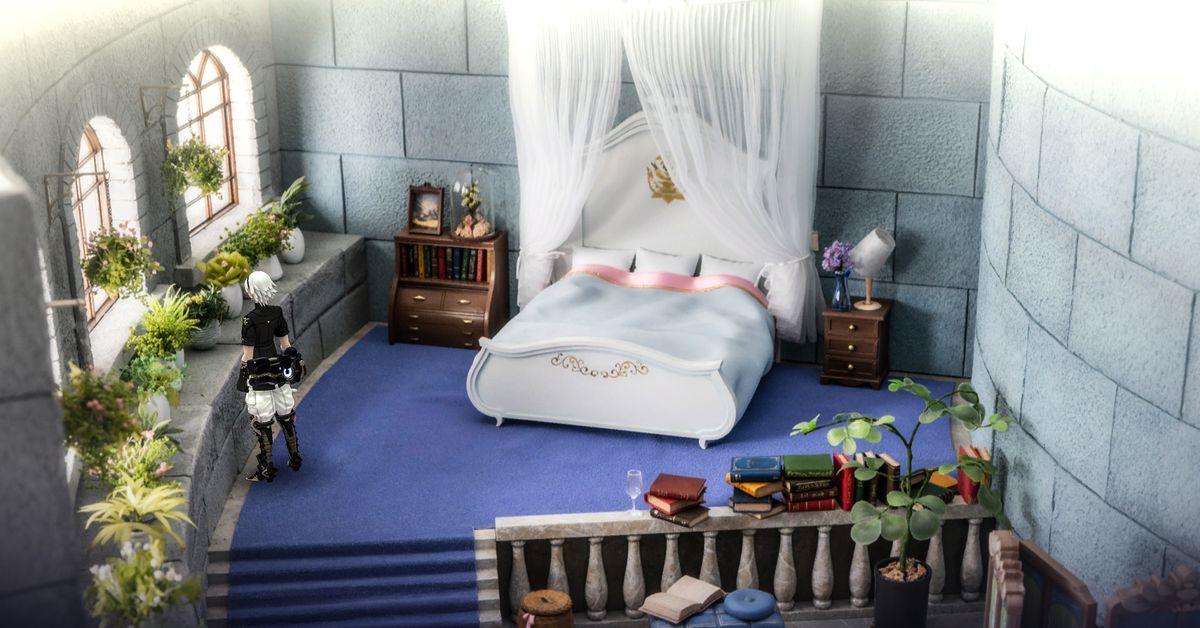 Fantasy, the new adventure from Hironobu Sakaguchi’s Mistwalker studio, is a classic Japanese RPG at heart. Fantasy It has it all: turn-based battles, an amnesiac hero, a cast of pretty protagonists on intertwined adventures, and of course an airship.

But Fantasy stands out for a design decision that has attracted attention. The Mistwalker RPG was built using over 150 handcrafted physical dioramas. The 3D characters of the game are superimposed on them. The miniature-based environments give the game a unique sense of charm and warmth, Sakaguchi said in an interview with Polygon, and helped inform Fantasythe mechanics of the game.

Fantasy features a system that changes the way players deal with random monster encounters. Unlike the classic Final Fantasy games that Sakaguchi created, where a fight with a group of enemies could come unexpectedly, Fantasy allows players to deal with random encounters … later. Mistwalker calls it the Dimengeon system, a combination of dimension and dungeon, and sends monsters that players encounter to an alternate dimension. Players can then jump into a Dimengeon whenever they want and enjoy the satisfaction of taking them all out at once.

Sakaguchi said Fantasy was partially inspired by his own work in Final fantasy 6. He and some of his colleagues who worked on that game replayed it at Nintendo’s Super NES Classic a few years ago. “That really renewed my interest and love for this classic JRPG genre, and it gave me the opportunity to go back to my roots,” Sakaguchi said through a translator.

Fantasy It has many familiar elements from Final Fantasy, Sakaguchi said, including “gathering information in different cities, talking to NPCs, going through dungeons, random encounters, and turn-based combat.”

“But in the spirit of Final Fantasy development at the time, we always wanted to challenge the status quo, push the boundaries and bring some innovation to the genre,” he said. The Dimengeon system was born out of that, he said, and as a result of the game’s platforms. Fantasy is launched through Apple Arcade and is designed with touch screen controls in mind. Sakaguchi said developers found it fun to explore FantasyDiorama environments pinning the map and moving quickly, but being interrupted by random encounters, altered the flow of the game.

The game dioramas were built by a team of 150 artists. Mistwalker itself is a team of less than 20 people, but it often works with outside studios. Sakaguchi said the decision to build physical environments had its benefits, as it allowed designers to see new opportunities in game design. But it also came with its own challenges. Once you design a physical object, he said, you can’t alter the environment to add a new road or exit, as you could with a computer-generated 3D space.

“Once you start building it, you are committed to designing your level,” Sakaguchi said. “You really have to be very intentional and know what you are looking for in the conception phase. Once the artisans get to work, that will be your stage. “

The story of Fantasy it’s great and familiar. Players take on the role of Leo, who, in search of his missing father, finds himself in an alternate dimension called the Machine Realm. After an accident, Leo awakens in this unknown realm with only one remaining memory, that of a girl named Kina who brings him back to the Realm of Humans. Leo embarks on a quest to regain his memory, unraveling “the mysteries of the strange mechanical infection that slowly engulfs all that mankind knows.” Along the way, Leo recruits others for his mission, including a pair of robots, a princess with magic, and the captain of the luxurious airship Uzra.

Sakaguchi wrote Fantasyhistory of. He has been joined on the project by famous Final Fantasy composer and longtime collaborator Nobuo Uematsu, who wrote the score for Fantasy.

Mistwalker plans to launch Fantasy sometime in 2021. The game will arrive on Apple Arcade, the subscription service that launched in 2019, and will be playable on Apple TV, Mac computers, iPhone and iPad.