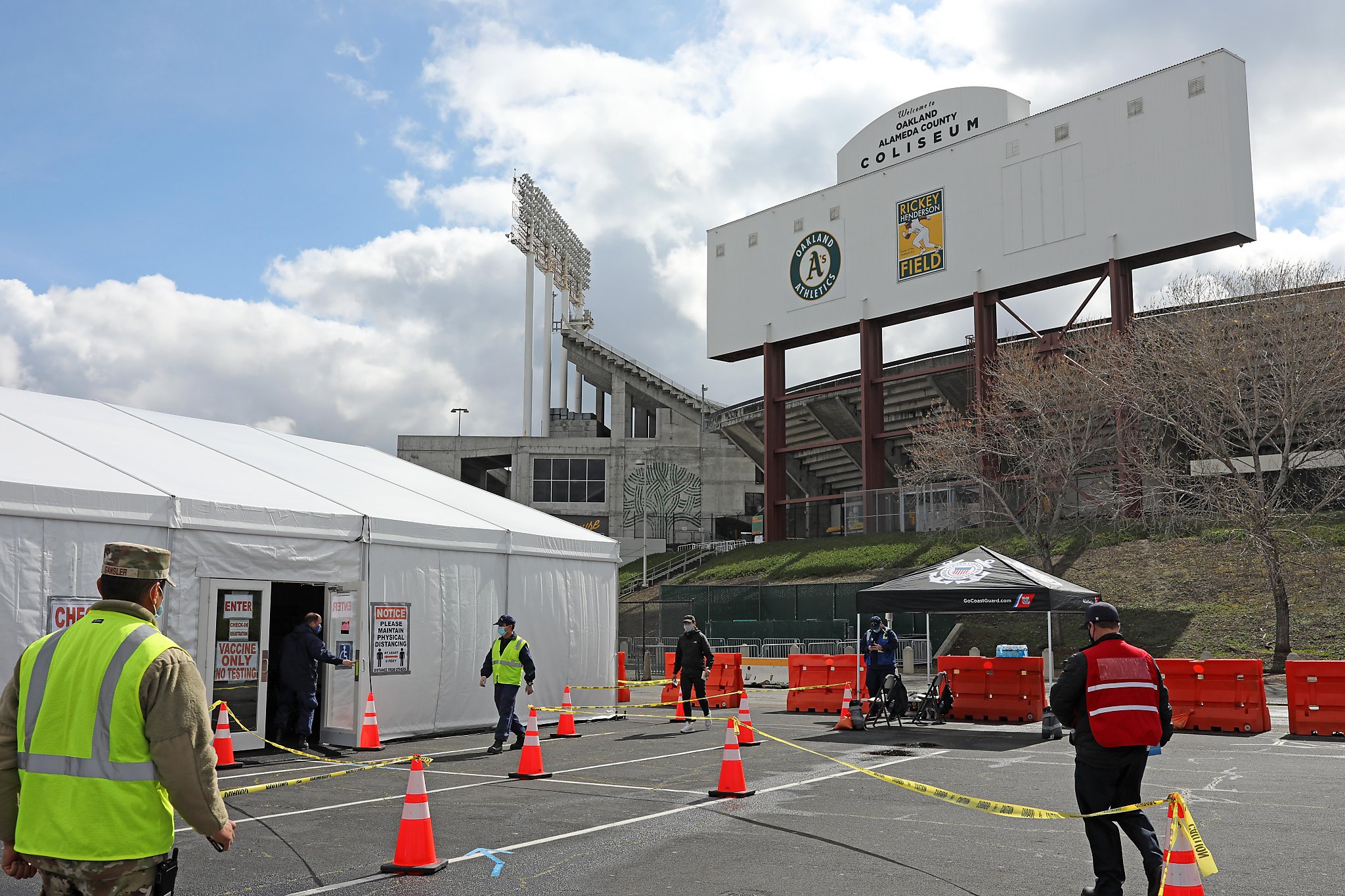 Since the Oakland Coliseum mass vaccination site is scheduled to close just days before California opens eligibility for everyone 16 and older, state and county officials are calling for more time and doses. But federal authorities said Friday they are maintaining their plans to leave the site in just over a week.

The Federal Emergency Management Agency, which co-manages the site with the California Office of Emergency Services, said the eight-week program aimed at targeting hardest-hit communities would end on April 11 as scheduled. The agency said it will not be able to continue giving the Coliseum site, along with a second mass vaccination site at California State University, Los Angeles, its federal government vaccine allocations.

The shutdown is appropriate because the state should get a big boost in vaccine supply soon, according to a FEMA spokesperson. But local officials say they can’t count on that increase.

The spokesperson discussed the agency’s decision on Friday on the condition that it be attributed without his name.

State and federal officials opened the Oakland and Los Angeles sites in mid-February and said they would be operational for eight weeks. But as the closing date approaches, demand for vaccines is increasing, local officials say, and is expected to explode on April 15 when the state opens vaccines to anyone who wants them.

On Friday, the Alameda County Board of Supervisors and Colleen Chawla, director of the Alameda County Health Care Services Agency, sent separate letters to Acting FEMA Administrator Robert Fenton, requesting that state and federal authorities maintain the site up and running for another four weeks while the county makes plans. to take over. They also asked that the site continue to receive its federal allocation of more than 40,000 weekly doses.

“The planned closure for April 11 comes at a time when all adults in our county will be eligible for the vaccine,” Chawla said in his letter to FEMA. “Losing the additional Coliseum vaccine at a time of expanded eligibility will not only increase the pressure on our smaller county-run vaccination sites, it will also cause confusion and erode the trust and momentum we have built with partners from the community”.

Earlier in the week, Cal OES director Mark Ghilarducci sent Fenton a letter requesting that the federal government continue to supply both sites with their weekly doses if local authorities were to take control.

“Without an ongoing allocation of federal vaccines dedicated to these sites, Cal OES is concerned about the positive momentum that has been gained to date and, more importantly, the community trust that has been established over the past seven weeks. and a half … will decrease or potentially be lost if services are interrupted, ”Ghilarducci said in his letter.

Chawla said county officials had been in informal discussions with state and federal authorities about keeping both sites operational for up to six months. He said he was surprised when he learned two weeks ago that FEMA intended to go through with the April 11 shutdown.

Since then, he said the county has been struggling to see if it is feasible to take over the site. Nearly 15% of all vaccinations administered to Alameda County residents have been at the Coliseum, Chawla said.

It quickly became clear that the county would need more time and resources to take over the massive operation. One problem is the supply of vaccines: the Coliseum site alone administers 42,000 injections a week. The county receives only 30,000 doses a week.

“But let’s put it in perspective. … The two FEMA sites combined are less than 4% of our entire delivery system, ”Newsom said. “So it’s not deep in terms of its impact. However, it is an impact and we try to get all the possible doses. “

If local governments take over the operation, FEMA will leave all locally hired employees in place, including those working at six mobile clinics, according to the agency. FEMA also pledged to continue to cover all costs to operate each location through October 30.