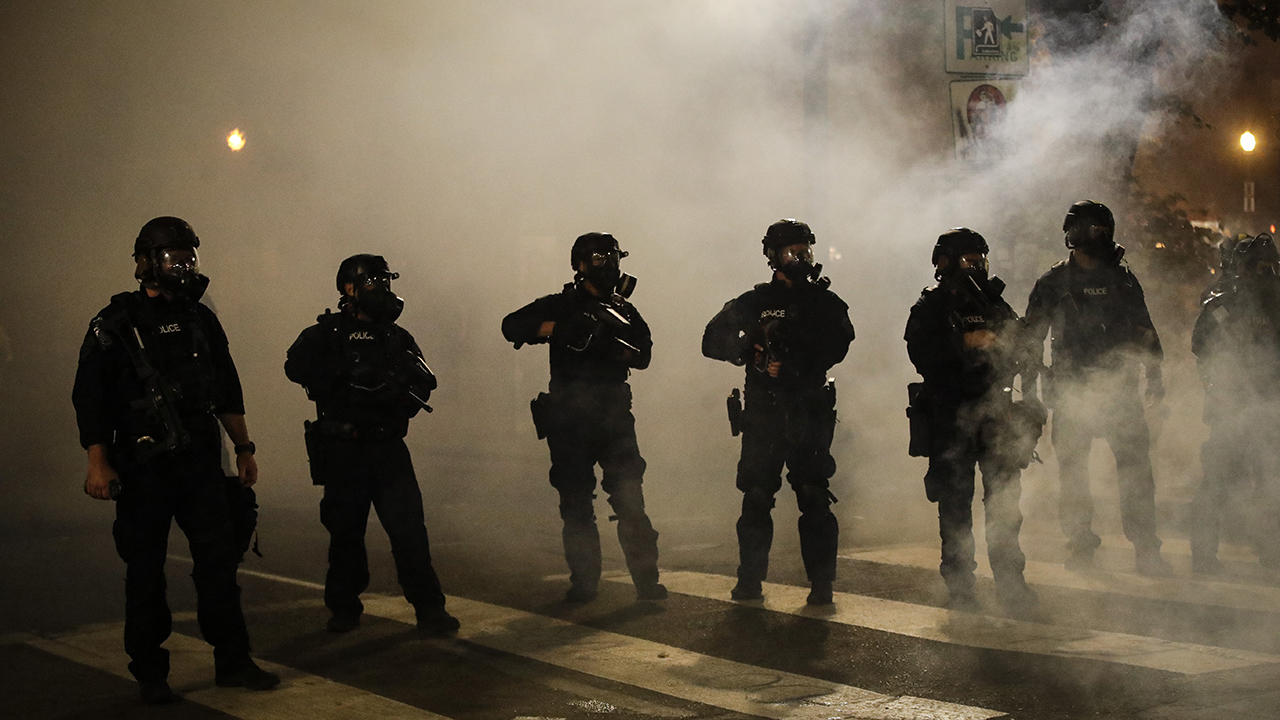 Federal agents who clashed with protesters in Portland will begin a “phased retreat” from the downtown area of ​​the city beginning Thursday, Kate Brown, Democratic Gov. of Oregon, announced.

Acting Secretary of Homeland Security Chad Wolf said in a statement that he and Brown had been in contact for the past 24 hours and reached a joint plan to end violent activity in Portland directed at federal property and law enforcement officials.

“The plan includes the Oregon State Police’s strong presence in the city of Portland,” Wolf said. “State and local law enforcement will begin securing properties and roads, particularly those surrounding federal properties that have been subject to night attacks for the past two months. The Oregon State Police will coordinate with Federal Security Service (FPS) officers to ensure that all federal facilities are protected and protected. “

“The Department of Homeland Security will not back down from our legal duty to protect federal law enforcement officers and properties from encountering such criminal behavior.”

“President Trump has also made it clear that this administration is ready and willing with state and local law enforcement to protect every American – and you see that commitment in Portland with this plan. Wolf said that the department and this administration would continue to fulfill their obligation to uphold federal law in the country.

But Brown accused federal officials of committing violence and acting as a force in announcing a joint plan to withdraw federal forces from Portland – before praising the Black Lives Matter movement.

“After my discussion with VP Pence and others, the federal government has agreed to withdraw federal officials from Portland. They have acted as an occupying force and have brought violence. From tomorrow, all customs and border security and ICE officials will leave the city of Portland, ”the governor tweeted.

“Our local Oregon State police officers will go to the city to defend Oregonians’ right to free speech and to maintain peace. Let’s center the Black Lives Matter movement’s demands for racial justice and police accountability. It is a time for bold action to improve police practices. “

Demonstrations continued for the 62nd consecutive night in Portland in the wake of George Floyd’s death in police custody in Minneapolis on Tuesday. Portland police officers clashed with protesters, before federal agent Mark O’Hatfield arrived over the weekend of July 4 to protect the US courthouse, the Mulnoma County Justice Center and other government buildings.

The crowd – from hundreds to thousands of people – have tried almost every night that Mark O. To protect Hatfield US Courthouse, erect fence to be torn down. They have set fire and destroyed fireworks, Molotov cocktails, and bricks, rocks and bottles. This week, authorities strengthened the fence by placing concrete highway barriers around it. Federal officials often fired from tear gas, pepper shells, and the impact of the impact.