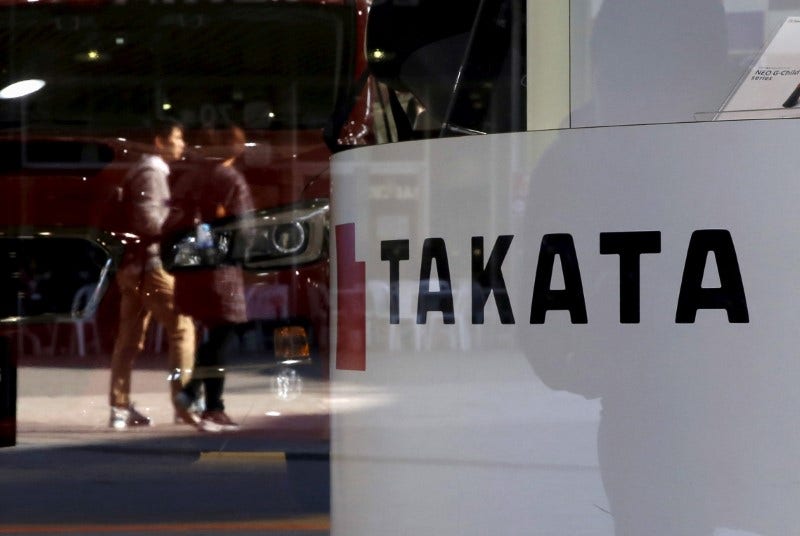 Fox Business Briefs: Takata recalled 10 million more airbags between explosions due to faulty infloters; Virgin Galactic reports that all major structural elements of its second rocket aircraft have been assembled.

The National Highway Traffic Safety Administration said on Tuesday that the ammonium nitrate propellant used to inflate the driver’s airbag is indicating caries and poses a safety risk.

Companies now have 30 days to give the agency a schedule to notify owners and initiate a recall.

Takata used ammonium nitrate to create a small explosion to inflate airbags in an accident. But the chemical can deteriorate over time when exposed to high heat and humidity and can burn very quickly, blowing up a metal canister and causing shrapnel into drivers and passengers.

Airbags have killed at least 27 people worldwide, with 400 people injured in 18 of the US.

The problem led to the largest series of auto recall in American history, with at least 67 million inflotters recalled by 19 automakers. Court-appointed surveillance reports show that in early January, 50 million were repaired or otherwise accounted for. Around 100 million inflators have been recalled worldwide.

All of the vehicles covered by the recall, announced Tuesday, contained a moisture-absorbing chemical that Ford and Mazda said made them safe. But the security agency disagreed and refused to refrain from withdrawing the petition from the automakers.

Ford and Mazda Influenza is the earliest generation made by Takata that uses calcium sulfate as a drying agent. In its ruling, dismissing the Ford petition, NHTSA wrote that ammonium nitrate may degrade, a sign that it may explode very aggressively. The agency wrote, “The evidence makes clear that these inflowers pose a significant safety risk.”

NHTSA has determined that 56 million other inflowers with various moisture-absorbing chemicals are safe and do not need to be recalled.

The agency urges people to check open memories of their vehicles on its website. Owners should enter their 17-digit vehicle identification number, usually printed on state registration documents.