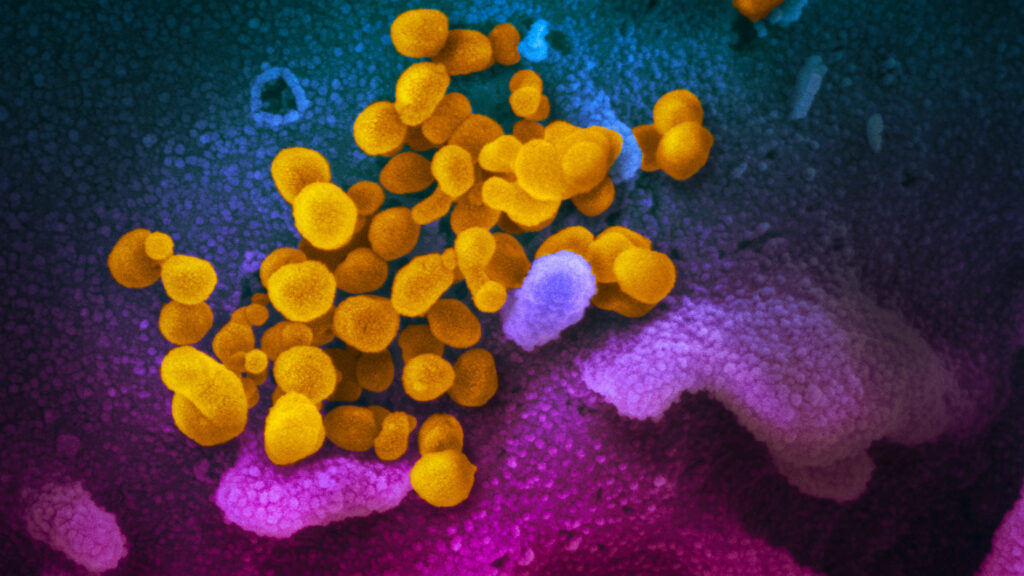 TThe Food and Drug Administration on Friday issued an emergency authorization for a new test to detect Covid-19 infections, one that stands out from the hundreds already authorized.

Unlike tests that detect SARS-CoV-2 fragments or antibodies against it, the new test, called T-Detect COVID, looks for signs of past infections in the body’s adaptive immune system, in particular the T cells that help the body to remember what its viral enemies look like. Developed by Seattle-based Adaptive Biotechnologies, it is the first such test.

Adaptive’s approach involves mapping antigens to their corresponding receptors on the surface of T cells. They and other researchers had already shown that the cast of T cells floating in an individual’s blood reflects the diseases they have encountered, in many cases years later. The next step is to try and unlock that information to help diagnose those past infections.

That challenge has a lot of data. “When you think at the level of a patient, we are seeing 300,000 to 400,000 T cells, on average,” said Lance Baldo, Adaptive’s chief medical officer. “When you look at the population level, we are looking at hundreds of millions and eventually billions of T cells. So it ends up being a web-scale problem.”

Enter Microsoft. In 2018, Adaptive developed a partnership with its tech giant neighbor to build the cloud infrastructure and machine learning models needed to deal with those heaps of data – in particular, to build a comprehensive map of which T cells bind to which. antigens.

“Microsoft wants and wanted to enter the healthcare sector,” said Baldo. “Adaptive needed expertise in cloud computing, machine learning, and artificial intelligence. So it fit in pretty well. ”Teams from both companies worked together one day a week, in Adaptive’s Seattle office or Microsoft’s Redmond office.

When the virus started to pick up speed, they quickly got much of that team to work on Covid-19. In June, they were able to access blood samples from people who had been infected with the coronavirus and sequence the genomes of the T-cell receptors found there. They were then able to compare that dataset with their control group, the T-cell receptor sequence database they had been working on for years, and within two months, they had collected enough data to publish their first results.

The machine learning models required to develop the T-Detect test were, in the end, relatively straightforward. “For me, that’s really a huge advantage,” said Jonathan Carlson, Microsoft’s senior director of immunomics and leader of the partnership with Adaptive. “It’s a viral infection and it drives a strong T-cell response, and it turns out that exactly the same T-cell receptors can be found in many people. And that allows you to use a fairly simple statistical approach. “The test reported a sensitivity of 97.1% and a specificity of 100%.

The EUA issued by the FDA is a reflection of that first approach, but it is not the end of the evolution of the test. “When we apply to the FDA, we do something called ‘block the classifier,'” said Baldo, the algorithm that determines whether the T-cell receptors in a blood sample say “Yes Covid” or “No Covid.”

However, those T-cell responses can vary depending on the version of the virus you are exposed to.

“We have already discussed this with the FDA,” Baldo said. “You have mutations and other variants on the way.” So Adaptive and Microsoft continue to improve the classifier. “Models get better frequently,” Carlson said. “Weekly Monthly.” The question that remains, then, is, “when is better enough? That’s where Adaptive really spends a lot of time thinking. “

At some point, when the test reaches a new threshold for sensitivity and specificity, they plan to submit a second version of the test for FDA review.

That’s just one of Adaptive’s three focus areas in the coming months, Baldo said. “One pillar is improving the current algorithm and making sure we continue to have a great test as the virus continues to mutate,” he said. The second is to direct the company’s T-cell expertise towards other Covid-19-related questions, including the impacts of prolonged Covid and the efficacy and durability of the immune response elicited by different vaccines.

The third is to continue his work on other diagnoses, for conditions like celiac disease and multiple sclerosis. Before the pandemic, the company focused on developing a proof-of-concept diagnosis for Lyme disease, which it announced in November 2019.

That distributed approach will force the company to continue developing not only its biological capabilities, but also its machine learning approaches. While his approach to detecting Covid-19 is relatively straightforward, Carlson said, “I don’t expect it to work for all diseases.”