Fauci says an outbreak broke out because the US 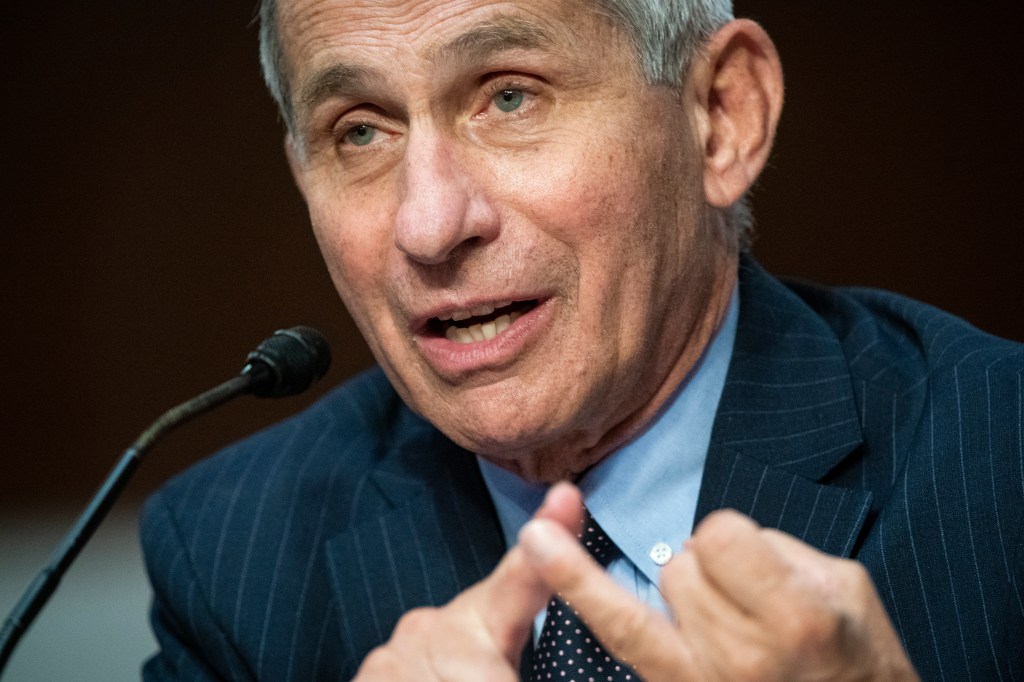 Chief infectious disease expert Dr. Anthony Fauci suggested Monday that the current nationwide rise in COVID-19 cases was due to the United States not closing completely in its initial response to the virus.

“We don’t close completely and that’s the reason we went up,” Fauci said during a virtual conversation hosted by Stanford Medicine. “We started to go down and then we stabilized at a level that was really quite high, around 20,000 infections per day. Then when we start to reopen, we are seeing the waves that we see today as we speak. ”

California and other states are experiencing an alarming increase in cases and hospitalizations. Fauci, director of the National Institute of Allergy and Infectious Diseases and a member of the Trump administration’s virus response team, said the government’s initial guidelines for phased reopens had not gone as planned, and called for caution as the states advanced.

“We did a series of guidelines a few months ago … unfortunately, it didn’t work very well for us,” Fauci said. “We can handle that. I am really sure we can do it if we go back. ”

The discussion came just two days after White House officials appeared to weaken the popular infectious disease expert. Officials released a list of statements made by Fauci since the start of the COVID-19 crisis and expressed concern about “the number of times Dr. Fauci has been wrong about things,” according to the Washington Post. The same president last week told Fox News that Fauci “has been wrong about many things.”

But Stanford Medicine’s dean, Lloyd Minor, did not mention that when he introduced Fauci as “the most trusted official for information on the COVID-19 pandemic” and highlighted his previous work on the nation’s HIV / AIDS crisis. in the 1980s.

The conversation was largely kept away from politics: President Trump was not mentioned once, and Fauci reiterated calls for states seeking reopening to do so gradually and slowly.

“You don’t necessarily need to close again,” said Fauci. “But back off a bit. And then proceed in a very cautious manner. “

Fauci also called on young people, who he believes comprise the majority of new infections in recent waves, to recognize their “social responsibility” in preventing the spread of the coronavirus.

“We have to convince them that just because they get infected, and most likely they will not become seriously ill, does not mean that their infection is not a very important part of the spread of the outbreak.” he said.

Fauci made no particular comment on other administration developments over the weekend, nor on the government’s push for the reopening of schools. But he emphasized that people would continue to die of COVID-19, and there are still many unknowns surrounding the virus.

“The best way to open up the country and return to normal is to be very cautious in protecting yourself from infection,” Fauci said. “That is a difficult message when people don’t take something seriously, but we have to hammer that house.”

Regarding vaccines, Fauci remained “cautiously optimistic” and suggested that one might be available by the end of the year or early 2021. According to Fauci, “one or two” candidates would enter the third phase of clinical trials, where they were It has proven effective among thousands of people, “literally at the end of this month.”

However, distributing that vaccine will be another challenge. Fauci spoke about the need for community involvement to convince people of the importance of vaccination, “particularly in this age of anti-vax and anti-science,” and to appoint experts and ethicists to determine how to prioritize distribution. initial vaccines.

“The distribution will have to be done in the most equitable way possible,” he said.

Fauci also spoke about the need to rebuild the public health infrastructure in the United States, which he described as “tattered.”

“It is one of those things where you are a victim of your own success,” Fauci said. “We were so good at controlling smallpox, polio, tuberculosis, that we left the local infrastructure unattended … And now, when we need good local public health capacity, it is not as good as it should be. We have to build it again. “

Fauci didn’t say much about the situation in California specifically, pointing to the “mix of numbers” of cases between the northern and southern parts of the state. While praising Governor Newsom: “I think he is doing a very good job,” Fauci paused when asked to rate the Bay Area coronavirus response.

“Did not say. “I get in trouble when I rate people.”

Cable services contributed to this report.