Father, son forced to quarantine in Hawaii with COVID-19 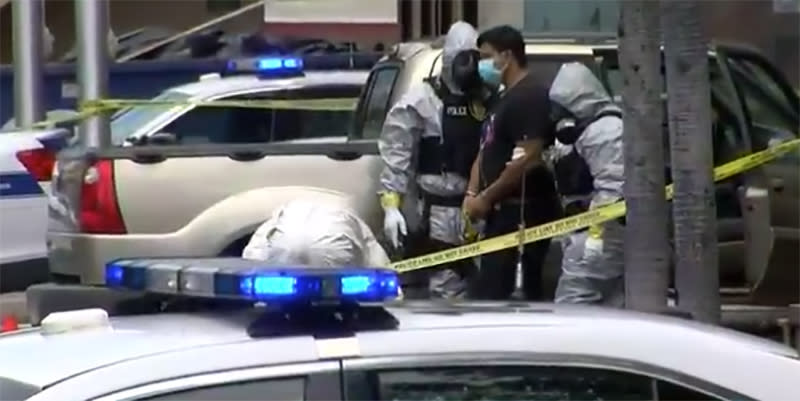 Authorities said a father and his teenage son with COVID-19 were forced to leave this week by authorities in Honolulu.

The police said in a statement on Tuesday, that the teenager had seen an officer from the Honolulu Police Department patrolling in a shopping center on Tuesday morning, allegedly “in violation of the COVID quarantine ban”.

“Kishore’s father came [a] The shopping center shortly thereafter, and both men were detained, ”the department said.

Police said the two were forcibly taken to a facility for a quarantine period.

State Department of Health director Bruce Anderson told NBC affiliate Hawaii News Now that it was the first time in 20 years that he had to use a special order to force people to live at a segregation facility.

The station said that forced quarantine was expected to last 10 days.

Calling the teenager “an imminent threat to public health”, Anderson said she had “refused to obey the segregation order and was out with her friends and exposed a lot of people.”

Father, Nethakali J. Nicenut told Hawaii News Now that he was simply trying to “remove my son from the streets” and stopped the demonstration when he was detained. The station reported that both were from Florida but now live in Hawaii.

“We are seeing an increase in social celebrations, small and large, including gathering on the beaches and at our parks, homes and workplaces,” Anderson said in a statement. Other establishments where physical disturbances and masking are not regularly practiced. “