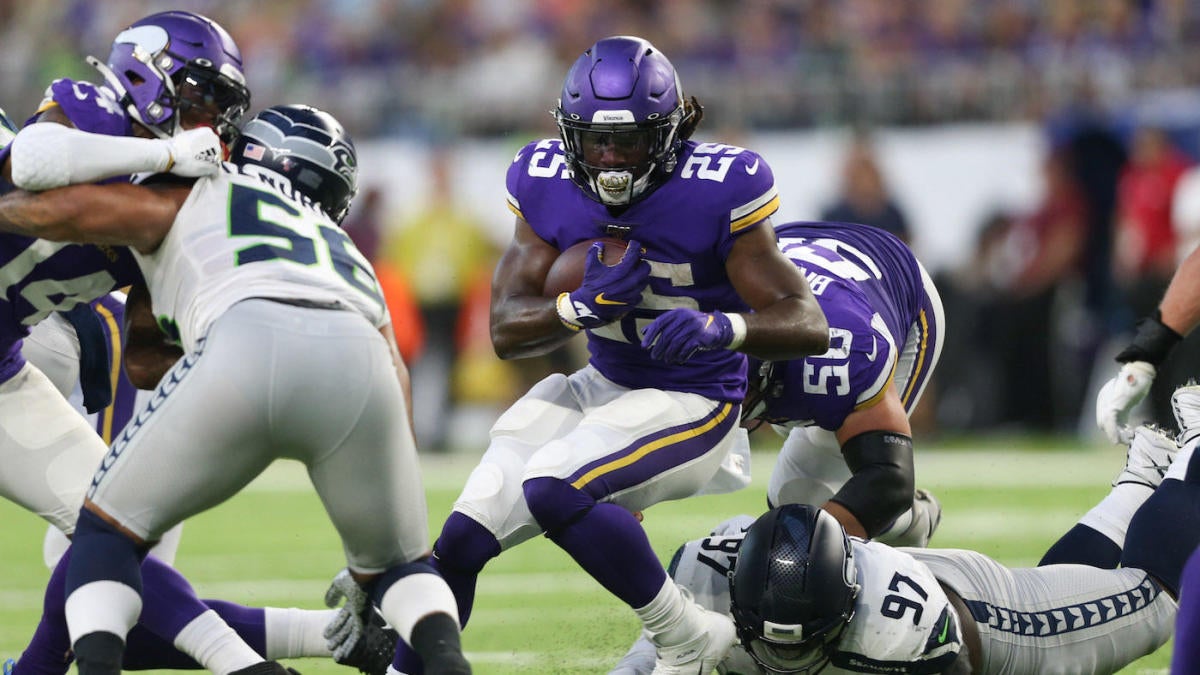 This is a weird week on the waiver wire. For starters, I’m writing this column before the final game of Week 5 has ended since the Bills and Titans play Tuesday night. That could alter some of the suggestions you’re about to read.

One move that will be made in every league is the Fantasy manager of Dak Prescott (ankle) searching for a new quarterback since Prescott is out for the season. Guys like Ryan Fitzpatrick , Kirk Cousins and Andy Dalton will be your best options, and we’ll explain why in detail below.

We don’t have a big-time running back to add this week in most leagues unless Alexander Mattison is available, but he’s already rostered in 72 percent of leagues on CBS Sports. And you should check if Justin Jackson (66 percent) is available since he appears to be the No. 1 running back for the Chargers while Austin Ekeler (hamstring) is out, even though they have a bye in Week 6.

Aside from Mattison and Jackson, you might want to lock up one of your handcuffs or steal someone else’s for a lottery ticket. Let the injury to Dalvin Cook (groin) be a lesson to you since Mattison could be a star in Week 6 if he starts for the Vikings .

At wide receiver, we have plenty of good options, with Chase Claypool the top priority. He might be the No. 1 player to add in all leagues after scoring four total touchdowns in Week 5 against the Eagles . We’ll also talk about other receivers to add like Christian Kirk , Preston Williams and N’Keal Harry . And check for Mecole Hardman (68 percent rostered) because he could be awesome now that Sammy Watkins (hamstring) is out.

The tight end options are slim, but Jimmy Graham , Irv Smith and Trey Burton could be useful in Week 6. And there are several good options at DST and kicker, with the Dolphins DST one of my favorite plays this week in a matchup with the Jets .

Editor’s note: For this waiver wire column, we are only looking at players rostered in less than 65 percent of CBS Sports leagues.

Get your waiver-wire questions answered and watch Tuesday’s Bills-Titans game along with the Fantasy Football Today team on our Twitch channel starting at 8: