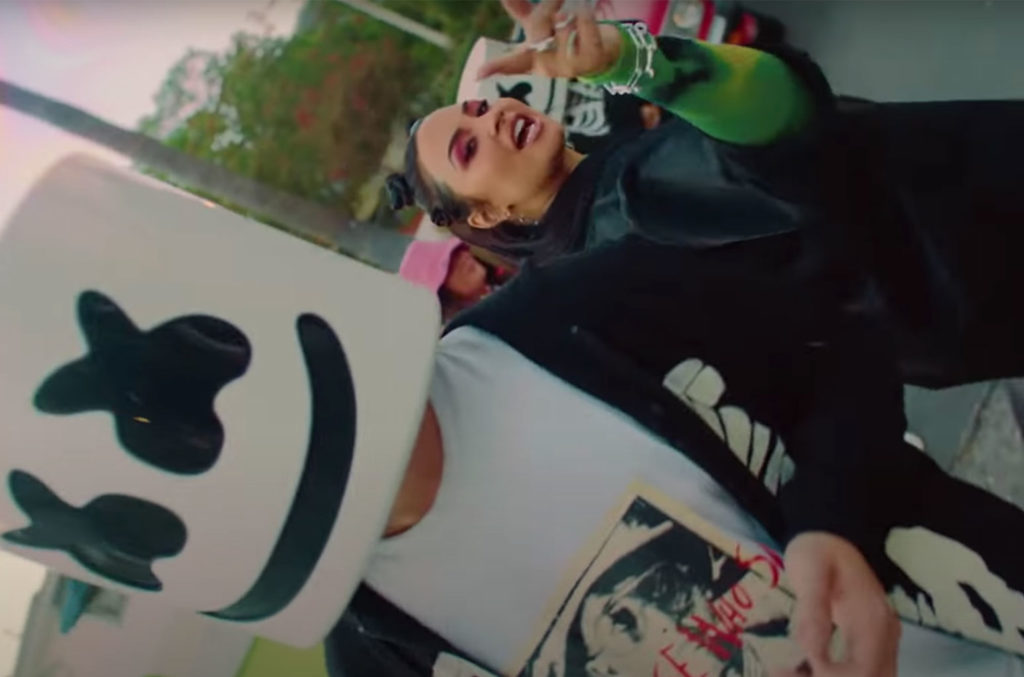 Demi Lovato and Marshmello’s “Okay Not to Be OK” topped this week’s new music poll.

In an interview with Apple Music, Marshmello stated that the emotional theme in “OK Not to Be OK” took on a new meaning, noting that it was released on World Suicide Prevention Day (September 10).

“I think it’s just an important topic,” the DJ-producer said. “I think a lot of people, afraid to bring it up about negative feelings and negative thoughts that are affecting them, are afraid to talk about it. When in fact, they are afraid because maybe The person will not relate or. The person does not understand this, when in reality most of the time the person to whom you can bring it, most likely has felt this way or he will understand or can relate as well. So I think it’s very important to talk about it. ”

Coming in second in this week’s poll was the “other” category, which had about 24 percent of the vote.

Finishing third with 6.5 percent of the vote was Usher’s classic R&B song “Bad Habits”, which came during the same week the superstar singer announced his upcoming residency in Las Vegas.

See below the final results of this week’s new music release poll.