Falling Demand for COVID-19 Testing May Leave Us Exposed 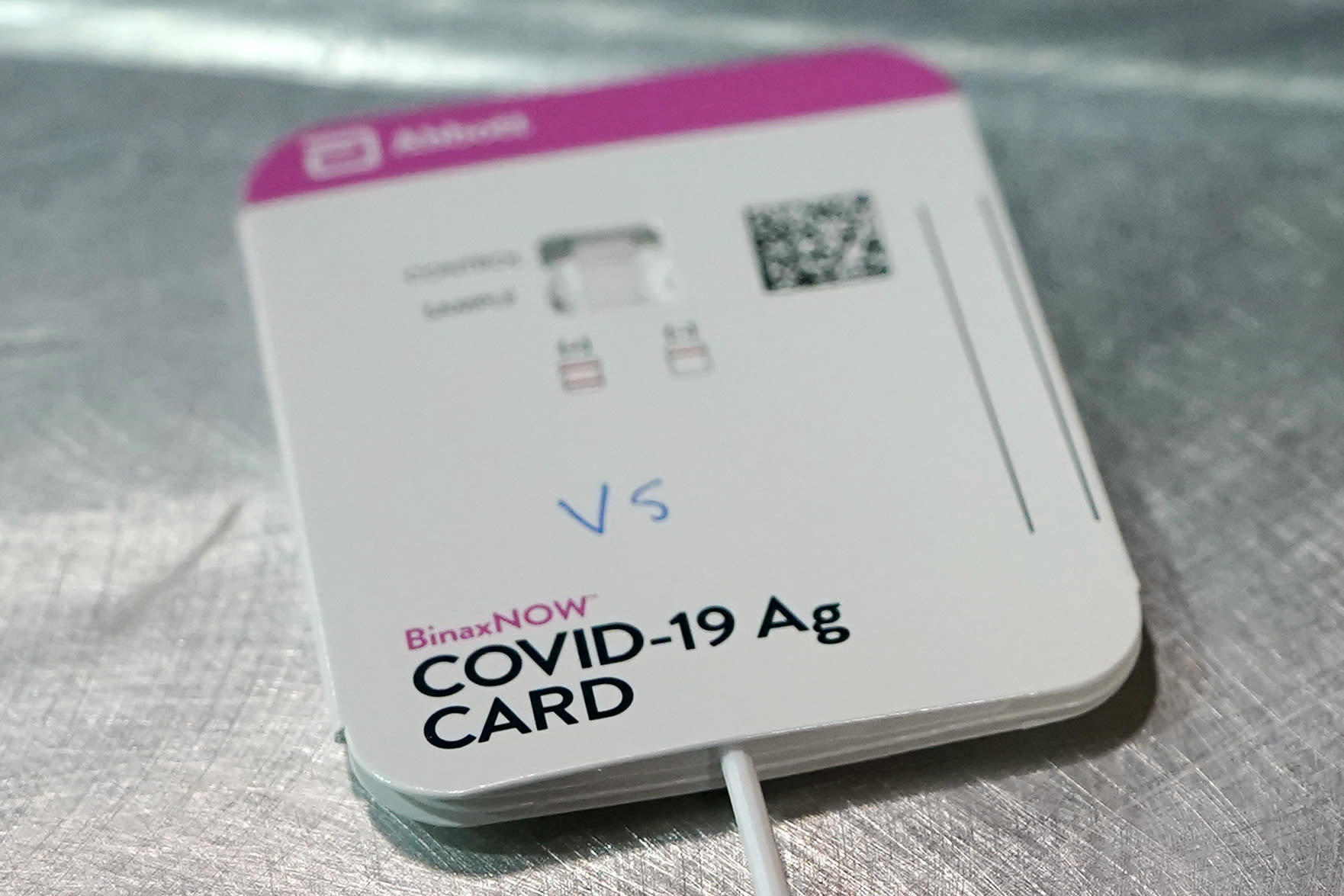 WASHINGTON (AP) – Just five weeks ago, Los Angeles County was conducting more than 350,000 weekly coronavirus tests, including at a massive venue at Dodger Stadium, as healthcare workers raced to contain the worst access point in COVID-19 in the US

Now county officials say the tests nearly collapsed. More than 180 government-backed sites are operating at just a third of their capacity.

“It’s shocking how quickly we’ve gone from moving 100 miles per hour to about 25,” said Dr. Clemens Hong, who runs the county’s testing operation.

After a year of fighting to push testing, communities across the country are seeing demand plummeting, shutting down testing sites or even trying to bring supplies back.

The drop in detection comes at a significant time in the outbreak: Experts are cautiously optimistic that COVID-19 is receding after killing more than 500,000 people in the US, but they are concerned that emerging variants could prolong the epidemic.

“Everyone is hopeful for a rapid and widespread vaccination, but I don’t think we’re at a point where we can let our guard down just yet,” Hong said. “We just don’t have enough immune people to rule out another surge.”

Testing in the United States peaked on January 15, when the country averaged more than 2 million tests per day. Since then, the average number of daily tests has fallen more than 28%. The drop reflects declines in all major virus measures since January, including new cases, hospitalizations and deaths.

Officials say those encouraging trends, along with harsh winter weather, the end of the holiday travel season, pandemic fatigue and a growing focus on vaccines are undermining interest in testing.

“When you combine all of them, you see this decrease,” said Dr. Richard Pescatore of the Delaware Department of Health, where daily tests have dropped more than 40% since the January peak. “People are just not going to test sites.”

But testing is still important in tracking and containing the outbreak.

President Joe Biden has promised to revamp the nation’s testing system by spending billions more on supplies and government coordination. But with demand falling rapidly, the country may soon have a glut of unused supplies. The United States will be able to conduct nearly a billion monthly tests by June, according to projections by researchers at Arizona State University. That’s more than 25 times the country’s current rate of about 40 million tests reported per month.

With more than 150 million new doses of vaccines to be delivered by the end of March, testing is likely to decline further as local governments change the staff and resources to administer the injections.

“Here they have to choose their battles,” said Dr. Jeffrey Engel of the Council of State and Territorial Epidemiologists. “Everyone would agree that if you have a public health nurse, you are going to use that person for vaccination, not for testing.”

Some experts say the country should redouble testing to prevent outbreaks of variants of the coronavirus that have taken hold in the UK, South Africa and elsewhere.

“We need to use the evidence to continue the downward trend,” said Dr. Jonathan Quick of the Rockefeller Foundation, which has been advising Biden officials. “We need to have it there to detect the variant surges.”

Last week, Minnesota began urging families to get tested every two weeks until the end of the school year as more students return to the classroom.

“To protect this progress, we need to use all the tools at our disposal,” said Dan Huff, assistant state health commissioner.

But some of the more vocal testing advocates are less concerned about the decline in screening. From a public health point of view, the tests are effective if they help to quickly find those infected, trace their contacts and isolate them to stop the spread. In most of the United States, that never happened.

During the Christmas season, many Americans still had to wait days for test results, rendering them largely useless. That led to testing fatigue and decreased interest, said Dr. Michael Mina of Harvard University.

“It doesn’t exactly give you a lot of immediate, gratifying feedback,” Mina said. “Then people’s willingness or interest in getting tested starts to wane.”

Still, US test makers continue to ramp up production, with another 110 million quick and home tests expected to hit the market next month.

Government officials have long assumed that this growing arsenal of cheap 15-minute tests would be used to regularly test millions of students and teachers as face-to-face classes resume. But recent guidelines from the Centers for Disease Control and Prevention don’t emphasize testing, describing it as an “extra layer” of protection, behind basic measures like masking and social distancing.

Even without strong federal backing, education leaders say the testing programs will be important in building the public confidence needed to fully reopen schools, even in the fall, when cases are expected to spike again.

“Schools have rightly asked themselves, ‘Is a big testing effort worth the juice to set up?’” Said Mike Magee, executive director of Chiefs for Change, a nonprofit that advises districts. in more than 25 states. “Our message to the school systems we work with is, ‘Yes, you have to withstand extensive testing because you are going to need it.'”