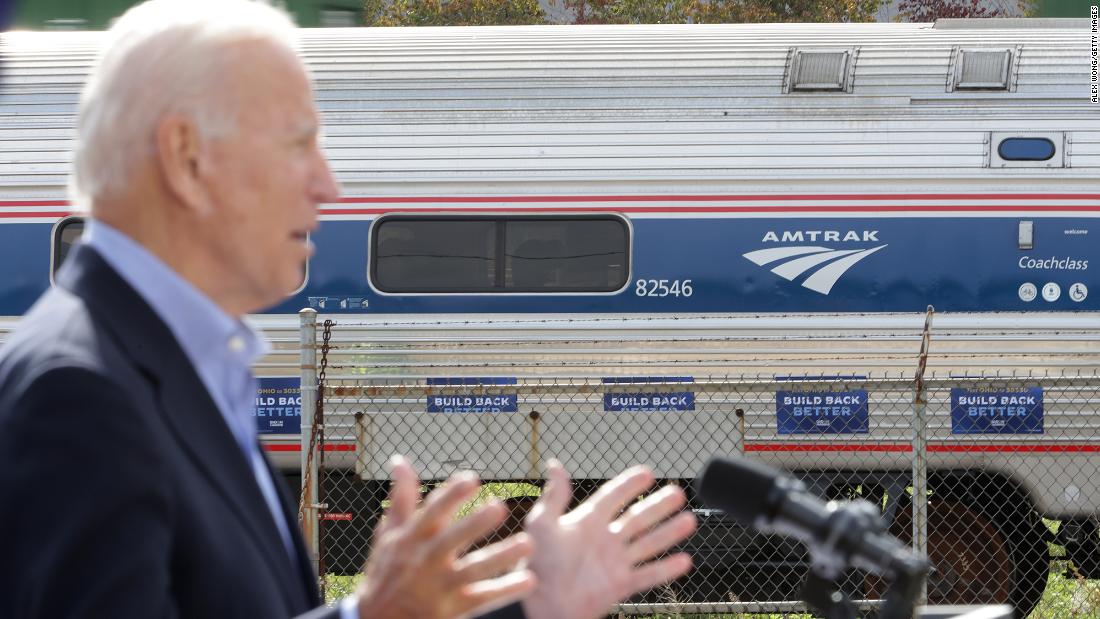 Biden plans to finance these investments in large part through tax increases. The plan proposes increasing the corporate tax rate to 28% from the current 21%, effectively repealing changes to corporate tax made under the Trump administration’s sweeping tax cuts in 2017.

Republicans were quick to attack, criticizing the plan as a substitute for the Green New Deal, arguing that the tax increases will eliminate jobs and complaining that most of the funds allocated within the bill are not earmarked for infrastructure.

Here’s a look at the facts.

Facts first: While a respected group of tax policy experts provides a basis for Crapo’s claim that the plan will result in the loss of some jobs, other experts predict that it will also create new jobs. It remains to be seen whether it will result in a net profit or a net loss of jobs in the long run.

According to a report by the Tax Foundation, cited by Republicans last week in the House Ways and Means committee, Biden’s proposed corporate tax increase will cut 159,000 jobs in 10 to 30 years and cut wages. by 0.7 percent. The Tax Foundation also notes that raising the federal corporate tax rate “would raise the combined US federal-state tax rate to 32.34 percent, the highest in the OECD and among Group of Seven countries. (G7) “.

While estimates could change based on the average effective corporate tax rate, which measures what corporations actually pay in taxes after removing items like deductibles and credits, Garrett Watson, one of the authors of the Tax Foundation report, told CNN “The Biden’s tax plan would likely put our average effective tax rate above the OECD average as it was in 2017” before the Trump administration’s tax cuts.

Watson said the Foundation is maintaining its estimates, but clarified that the effects of the other tax provisions are not yet clear.

Although it is possible that the corporate tax increase proposed by the plan in isolation could result in some job losses, the plan as a whole aims to stimulate job creation, especially in the transportation sector.

When asked about Biden’s plan on CNN on Wednesday, Nela Richardson, ADP’s chief economist, said: “In the short term, I think it means an increase in jobs, especially in construction.”
S&P Global estimated that in the short term, Biden’s plan could create 2.3 million jobs, but that as infrastructure projects are completed, these jobs will be reduced and net jobs added to. Based on the proposal, they would be 713,000 by 2029.

According to the Republican Party, “Only 7% of bill spending is for what Americans traditionally consider infrastructure.”

Republicans could have fairly argued that most of the funds are not going directly to infrastructure projects, but the 7% figure is based on the GOP’s own narrow definition of infrastructure.