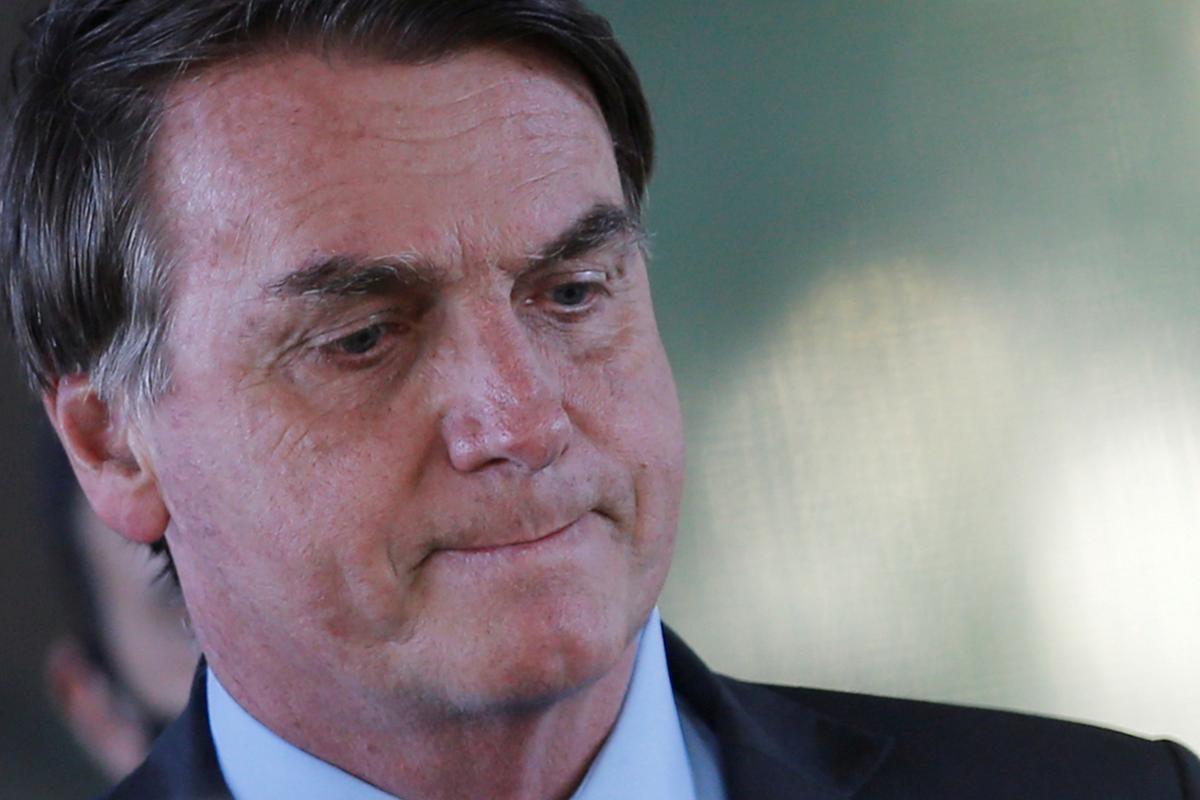 (Reuters) – Facebook Inc (FB.O) on Wednesday suspended a network of social media accounts that they said were used to spread divisive political messages online by employees of Brazilian President Jair Bolsonaro and two of his sons.

FILE PHOTO: Brazilian President Jair Bolsonaro observes after a meeting at the Ministry of Defense headquarters, amid the outbreak of coronavirus disease (COVID-19), in Brasilia, Brazil, on May 29, 2020. REUTERS / Adriano Machado

The company said that despite efforts to hide who was behind the activity, it had found links with the staff of two Brazilian lawmakers, as well as with the president and his children, Congressman Eduardo Bolsonaro and Senator Flavio Bolsonaro.

He said there was no evidence that the politicians themselves had operated the accounts. “What we can prove is that employees of those offices engage in our platforms in this type of behavior,” he told Reuters before the announcement on the company’s blog. (bit.ly/2Cf0dMA)

Facebook said it also suspended three other networks on Wednesday, including one it attributed to Roger Stone, an old friend and adviser to the President of the United States, Donald Trump.

The Brazilian president’s office did not immediately respond to a request for comment.

Senator Flavio Bolsonaro said his father’s government was elected with strong popular backing and has thousands of followers on social media.

“As far as we know, everyone is free and independent,” he said in a statement. “According to the Facebook report, it is impossible to assess what type of profile was blocked and whether the platform crossed the line towards censorship.”

Facebook’s accusations add to a mounting political crisis in Brazil, where Bolsonaro’s sons and supporters have been accused of running a coordinated online campaign to smear opponents of the president.

The allegations have prompted an investigation by Congress and a separate investigation by the Supreme Court into so-called “fake news attacks” on the country’s judiciary, which led to police raids in May on the homes and offices of Bolsonaro’s allies .

Bolsonaro, who is also under increasing criticism for his handling of the coronavirus outbreak, has said the court’s investigation is unconstitutional and runs the risk of establishing censorship in Brazil by monitoring what people can say online.

Facebook has been under increasing pressure in recent weeks to better control how political groups use its platform. Hundreds of advertisers have joined a boycott aimed at forcing the company to block hate speech on its site, and several employees last month abandoned CEO Mark Zuckerberg’s decision not to challenge Trump’s incendiary posts.

Gleicher said his team identified and suspended more than 80 Facebook accounts and his photo-sharing site, Instagram, as part of the Brazilian network. The accounts had amassed 1.8 million followers, he said, with some dating back to 2018.

Researchers at the Atlantic Council Digital Forensic Investigation Laboratory, who spent a week analyzing the activity identified by Facebook, said they had found five current and former political employees who registered and operated the accounts.

Some of those accounts posed as false Brazilians and the media to spread “hyperpartisan views” that support Bolsonaro and attack his critics, researcher Luiza Bandeira said. Her goals include opposition lawmakers, former ministers, and members of the Brazilian Supreme Court.

More recently, the accounts also amplified Bolsonaro’s claims that the risks of the coronavirus pandemic are exaggerated. The disease has killed more than 66,000 people in Brazil and Bolsonaro himself tested positive this week.

“We have known for a long time that when people disagree with Bolsonaro, they are attacked by this machine that uses online information to mock and discredit them,” Bandeira said.

“So, knowing now that part of these attacks come from people directly related to the Bolsonaro family, that explains a lot.”

Reports by Jack Stubbs in London and Joseph Menn in San Francisco; Additional reports by Anthony Boadle in Brasilia; Editing by Lisa Shumaker