Facebook meets Apple in Clash of the Tech Titans: ‘We need to inflict pain’ 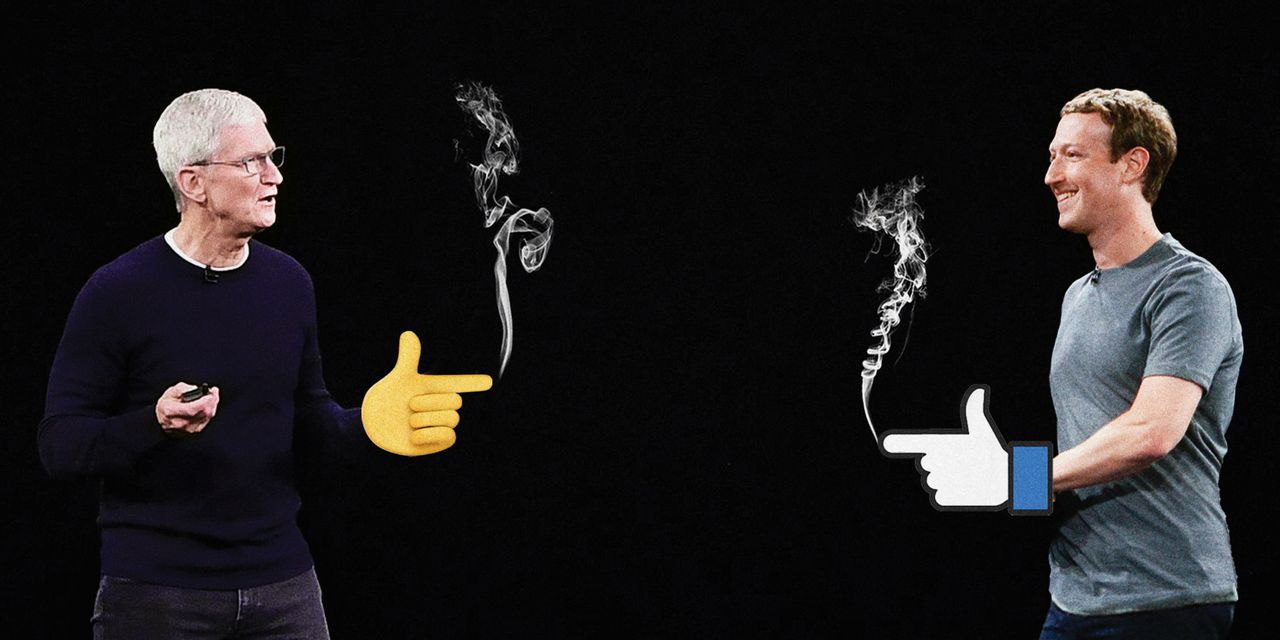 Facebook Inc. CEO Mark Zuckerberg has complained for years that Apple Inc. and its leader, Tim Cook, have too much influence over the social media giant’s business. In 2018, his anger boiled over.

Facebook was embroiled in a controversy over its data collection practices. Cook joined in an interview on national television, saying that his own company would never have found itself in such a mess. Zuckerberg replied that Cook’s comments were “extremely simplistic” and “not at all in line with the truth.”

In private, Zuckerberg was even more severe. “We need to inflict pain,” he told his team, for treating the company so badly, according to people familiar with the exchange.

It was not the first time, nor the last, that Cook’s comments and actions would leave Zuckerberg furious and, at times, plotting to get revenge on Apple. The escalation of complaints erupted late last month in a rare eye for a public eye between the two tech giants that exposed latent animosity between their leaders, who exchanged comments on privacy, app tracking tools, and ultimately, his grieving visions of the future of the internet.

Apple has positioned itself as the protector of digital privacy, upholding a greater good, while often criticizing Facebook’s business model, without naming the company. All of that criticizes Facebook, which views Apple as overreaching in a way that threatens Facebook’s existence and hypocritical, even doing extensive business in China, where privacy is rare. A 2017 attempt to address the tensions through a face-to-face meeting between the two CEOs resulted in a tense showdown.