Facebook may soon be creating an Instagram designed primarily for children, a development that will come just days after Instagram promised to do more to protect children.

The application would be for children under the age of 13. Instagram users currently have to be at least 13 years old to sign up for the app, although there is nothing to stop children from signing up with a fake birth year.

Social media apps seek to build user bases at a young age who will become dedicated members, and viewers of your advertising, of the platforms in the years to come.

YouTube has an app for kids, YouTube Kids, which launched in 2016, but it has struggled with targeted ads and violent videos by going through the app’s filtering system. 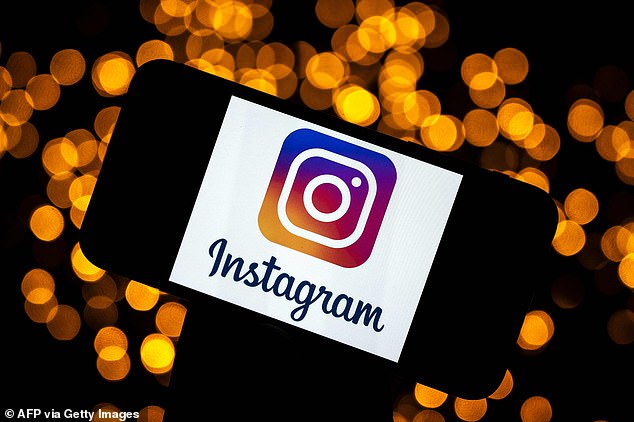 Instagram seems to be planning to create an app specifically for kids under the age of 13.

“I am excited to announce that going forward, we have identified youth work as a priority for Instagram and added it to our H1 priority list,” Instagram VP of Product Vishal Shah said in the memo.

‘We will build a new youth pillar within the Community Product Group to focus on two things: (a) accelerate our integrity and privacy work to ensure the safest possible experience for teens, and (b) build a version of Instagram that enables people under the age of 13 to use Instagram safely for the first time. ‘ 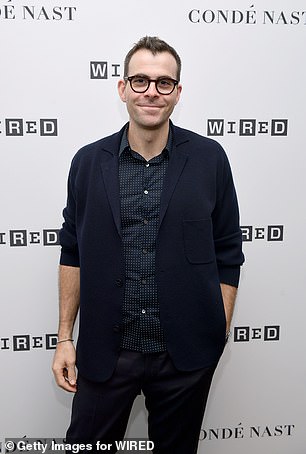 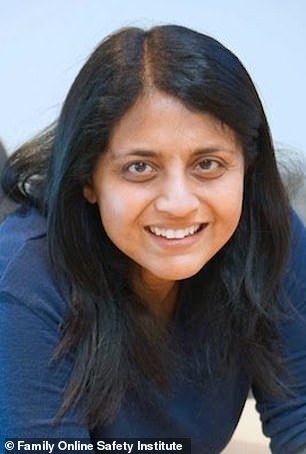 The post then lays out a series of steps Instagram is taking to make the app safer for young people.

Some of those principles include a new Parent Guide, which tries to find out the real age of people on the app, prevents adults and teens from sending direct messages, and makes it harder for adults to follow children.

The app also encourages teens in the app to keep their accounts private.

“Instagram can give young people the opportunity to strengthen connections, practice social skills and find supportive communities,” said Dr. David Anderson of the Child Mind Institute, who contributed to the Parent’s Guide.

Presumably, many of the steps Instagram is taking would apply to the new kids app. 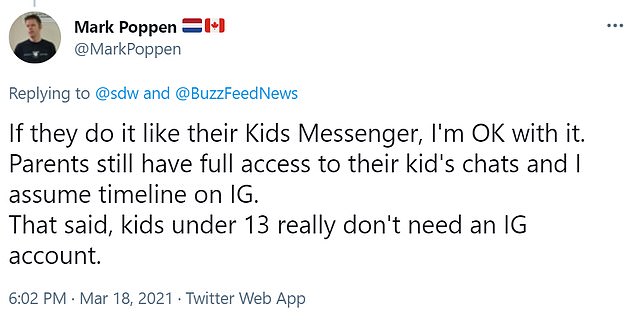 The reaction to the new application on Twitter drew some criticism.

“Things I wouldn’t trust Facebook: my pre-teen,” wrote another.

One user, Mark Poppen, was more sympathetic in his thoughts: ‘If they do it like their Kids Messenger, I agree. Parents still have full access to their children’s chats and I take over the timeline on IG ‘.

Facebook already has a messaging app for kids, Messenger Kids, which launched in 2017.

Parents monitor the app, which does not collect data for advertising purposes.

An Instagram created specifically for children also raises fears that there are more opportunities for cyberbullying.

A September Pew Research Center survey reveals that 64 percent of adults under the age of 30 have been bullied online.

In 2019, Instagram created a feature that allowed users to restrict comments on selected users’ posts to try to curb cyberbullying.