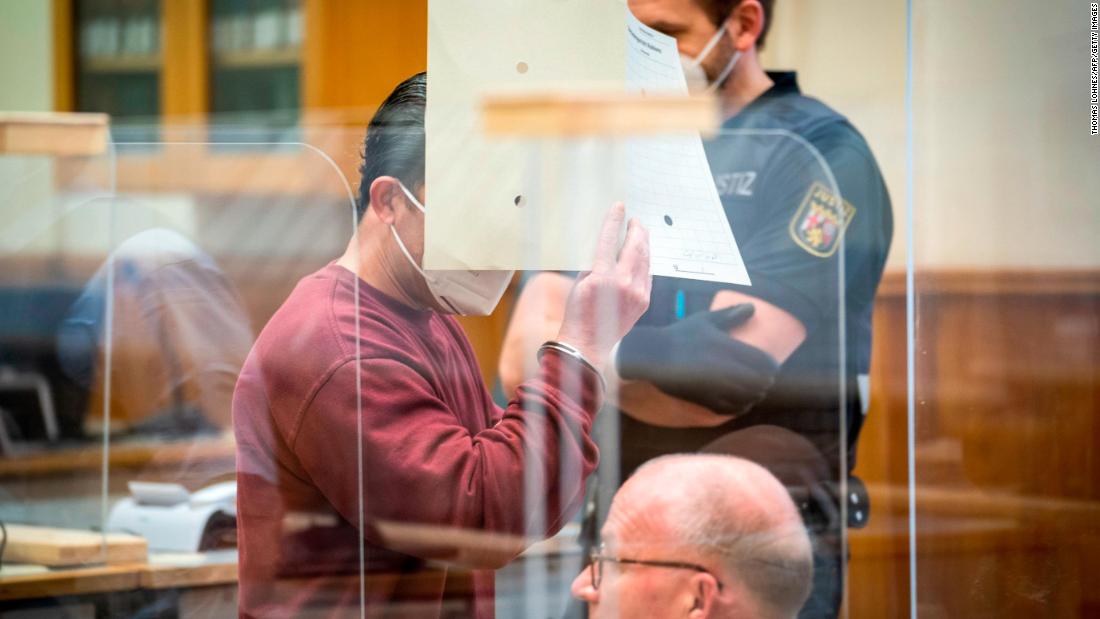 Former intelligence officer Eyad al-Gharib, 44, was sentenced to four and a half years in prison by a court in the German city of Koblenz. for helping crimes against humanity.

Gharib was convicted of accompanying the transport of 30 detained protesters, despite learning of systematic torture in the prison to which the detainees were sent, according to prosecutors. The protesters were reportedly beaten on the way to jail.

The former junior regime official was arrested in Berlin along with former senior regime official Colonel Anwar Raslan in February 2019 under the principle of universal jurisdiction, which grants a national court jurisdiction over serious crimes against international law, even when not they were committed in the country. territory.

Both Raslan and Gharib defected from the regime in late 2012.

Raslan, a former high-ranking intelligence officer, is still on trial. He is accused of overseeing the torture of at least 4,000 prisoners during the Syrian uprising. At least 58 of the prisoners died. The rape and sexual assault allegedly occurred in at least one case.

Syrian President Bashar al-Assad’s regime has been repeatedly accused of war crimes and crimes against humanity over the course of the nearly decade-long war in the country. But attempts to establish an international tribunal have been hampered by Russian and Chinese vetoes in the United Nations Security Council.

Syrian officials have repeatedly denied the accusations, insisting they target terrorists and not peaceful protesters.

“Today is an exceptional day in the life of Syrians,” Amer Matar, a 33-year-old Syrian who said he was tortured by Raslan, told CNN. “This is a very important message for us as Syrians that justice can really be achieved, even in a very distant place like Germany, albeit partial, and for specific people.”

“This is a historic verdict,” CIJA Director Nerma Jelacic told CNN. “Not only because he is the first to convict a Syrian regime official of crimes against humanity, but also because he recognizes that his crimes were part of a widespread and systematic attack orchestrated by the highest organs of the Assad regime.

“This is just the first of many other trials and research that we are supporting,” added Jelacic. “It has been almost 10 years since the Eyad A. [al-Gharib] was condemned for being committed in those first days of the uprising when the regime repressed the demonstrators with bare arms “.

Since 2012, CIJA has collected evidence of the Syrian government’s alleged crimes from investigators known as “document hunters.” These are Syrians recruited and trained by former war crimes investigators and lawyers to smuggle thousands of government documents out of Syrian war zones.

The human rights group Amnesty International urged more countries to follow Germany’s example. “We call on more states to follow Germany’s lead by investigating and prosecuting people suspected of committing war crimes or other crimes under international law in Syria through their national courts under the principle of ‘universal jurisdiction'”, said Lynn Maalouf, deputy director of the organization. for the Middle East and North Africa.

Syrian human rights lawyer Anwar al-Bunni, considered one of the driving forces behind Koblenz’s trial, called the ruling “a message to all criminals who still commit the most horrible crimes in Syria and to remind them that the time has come to impunity”. past, and there’s no safe place to run to. ”

CNN’s Jomana Karadsheh and Eyad Kourdi contributed to this report.