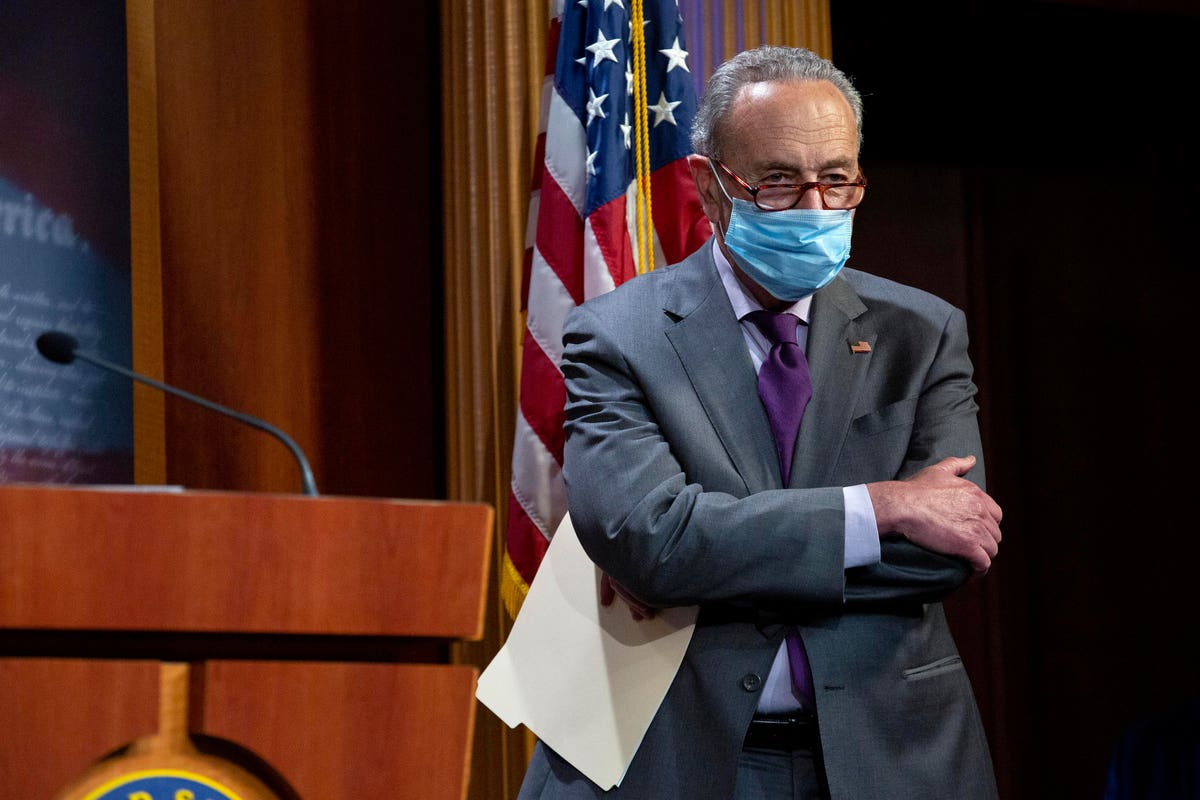 Democrats are not giving up on extending the weekly unemployment increase of $ 600.

A new proposal from Senate Democrats would extend the weekly increase beyond its near July 31 deadline and as long as the coronavirus pandemic continues to negatively impact the economy.

Details about the proposal

Senate Minority Leader Charles Schumer (D-NY) and Senior Senate Finance Committee member Ron Wyden (D-OR) presented the proposal Wednesday, titled The American Workforce Rescue Act. It would extend the weekly unemployment benefit of $ 600 based on economic conditions, rather than based on a specific expiration date.

As of now, the weekly $ 600 unemployment increase provided by the Coronavirus Economic Aid, Relief and Security Act (CARES) will expire on July 31.

“We must ensure that Americans, particularly lower-wage workers and those in underserved communities, have the necessary relief to stay afloat not only during this year’s crisis, but also during the long recovery period that may follow.” Schumer wrote.

The additional $ 600 per week for people receiving unemployment insurance has become a source of political contention.

Democrats have largely favored extending the benefit to help Americans overcome the coronavirus crisis, but Republicans argue that the push is “a disincentive” for people to work, as some workers may earn more money with the unemployment.

The new Democratic proposal juxtaposes one backed by the Trump administration, written by Senator Rob Portman (R-OH). Rather than provide a boost to people who still don’t have a job, Portman’s proposal provides a $ 450 weekly bonus on top of wages for anyone who returns to work.

A report from the Congressional Budget Office released last month on the financial impact of the additional payment found that the $ 600 increase would help keep family spending on par with pre-pandemic employment levels. Still, the positive impacts of these payments would begin to diminish over time.

Economic output would eventually decline in 2021, and an extension of the expanded weekly benefit “would weaken incentives to work,” according to the report, as many workers would earn more from rising unemployment than if they were working.

The unemployed will face ‘significant’ difficulties without an extension

Still, Democrats are pushing for help. In addition, a group of economists in a press call Wednesday with Representative James E. Clyburn (D-SC), chair of the Select Subcommittee on the Coronavirus Crisis, agreed that extending weekly benefits is critical to protecting American households. during the financial crisis triggered by COVID-19.

Economists on the call agreed that any economic progress since March is the result of federal aid provided by the $ 2 trillion CARES Act. Wendy Edelberg, principal investigator in economic studies at The Brookings Institution, characterized the financial difficulties the unemployed will face if the additional $ 600 ends in July as “significant.”

Although some states have reopened and unemployment numbers may look slightly better, it is not enough for all Americans who lost their jobs due to COVID-19 to return to work.

“As some companies have slowly returned, even if the unemployment rate drops, we will still be at an unemployment level above the recession of the 1980s or the Great Recession,” said William E. Spriggs, chief economist and AFL-CIO professor. The Howard University Department of Economics said in the press call: “We will continue to be in the worst job market on record, and that takes time to clear.”

The United States officially entered a recession in February, according to the National Bureau of Economic Research. New jobless claims are gradually declining, but new jobless claims have topped a million for 14 straight weeks.