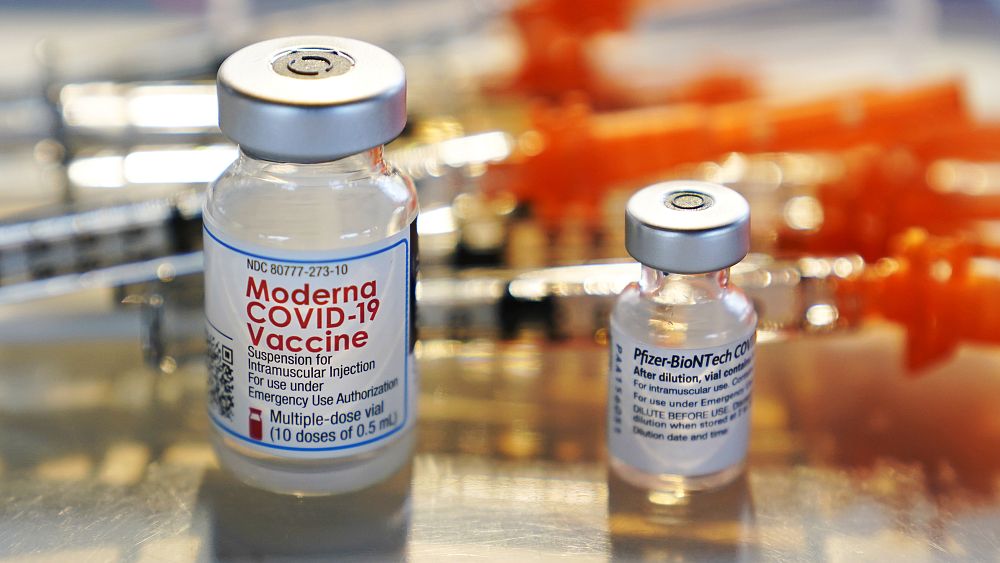 The World Health Organization (WHO) has rejected claims that COVID-19 vaccines are causing new variants of the virus.

Reports have circulated online in France saying that vaccinated people are “more likely” to infect others with “super-strains” of the coronavirus.

But the WHO and other immunologists have said that these claims are unfounded and have no scientific basis.

“There is no evidence of this,” a WHO spokesperson told Euronews. “Vaccination is part of the solution to suppress transmission along with existing public health measures.”

Online misinformation about coronavirus and vaccines has been a thorn in the side of European governments and their vaccination strategies.

A March Ipsos survey found that only 59% of adults in France intend to get vaccinated against COVID-19, compared to Italy (85%) and Spain (82%).

“The number one message is ‘get the vaccine out,’ as it will stop the virus,” said Professor Luke O’Neill, an immunologist at Trinity College Dublin.

“Any kind of suggestion that vaccines are making things worse is the complete opposite message,” he added.

“It is an emergency, we must vaccinate as many people as possible to stop the appearance of variants and prevent the virus from spreading.”

Since last week, several French social media accounts have claimed, without evidence, that COVID-19 vaccines are causing the emergence of variants of the virus.

Several pages shared a link to an article, which alleged that vaccinated citizens are “walking bacteriological time bombs” and are a “threat to society.”

The article went on to falsely claim that vaccinated people are “more likely to infect other people with super strains.”

The theories have been shared on various Facebook and Twitter pages, such as in Lyon and Nice, as well as across the border from Switzerland. A Twitter account pushing the same false claim has more than 6,300 followers.

But the WHO, which has been tracking mutations and variants of the virus since the start of the COVID-19 outbreak, has reiterated that there is no evidence to support the claims in the article.

“The vaccines will decrease the replication of the virus, they do not cause variants,” added Professor O’Neill.

The science behind the new variants of COVID-19

In recent months, variants and new strains of the novel coronavirus have emerged in South Africa, Brazil and the United Kingdom, which were reported to be more infectious.

But the behavior of the variants is unrelated to COVID-19 vaccines and may instead originate when the virus is transmitted and spread.

Professor O’Neill told Euronews that the emergence of virus variants is a “random process”.

“Every time the virus splits and makes a copy of itself, it makes a small mistake and there is a possibility that these mistakes could be more troublesome,” he said.

“Vaccines activate the human immune system to kill the virus, which stops its replication and therefore decreases the possibility of variants emerging.”

Pointing to the flu vaccine, Professor O’Neill said that “never” has there been a known vaccine that has driven evolutionary change and led to more dangerous variants.

In a statement to Euronews, the WHO also reiterated that the vaccines will reduce the spread of new virus strains.

“When a virus, including SARS-CoV-2, circulates widely in a population and causes many infections, the likelihood that the virus will mutate increases,” a spokesperson said.

“Implementing vaccines as quickly and widely as possible is essential to protect people before they are exposed to the virus and to the risk of new variants.”