Exclusive: LG expects to make new battery cells for Tesla in 2023 in US or Europe – sources 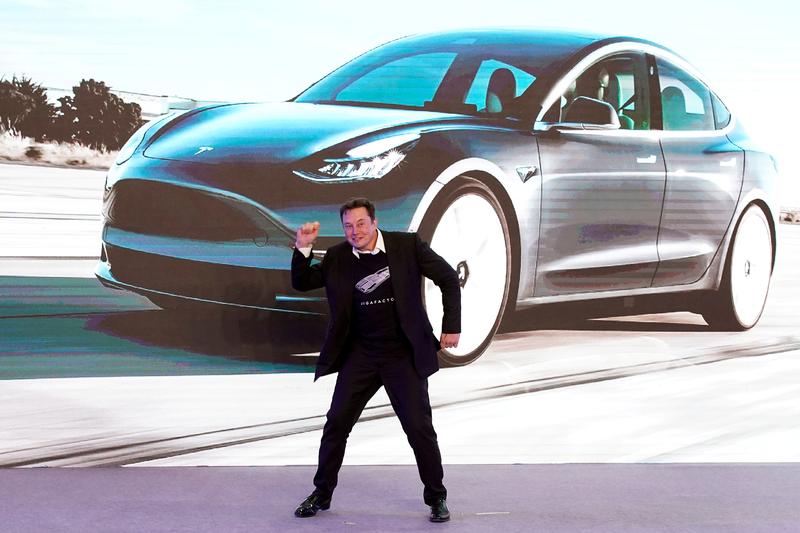 Tesla has yet to reach an agreement expanding LG’s role in its supply chain beyond China, one of the sources said.

Last week, the Korean battery maker told Korean reporters that it plans to build a factory in the US where it would manufacture battery cells for electric vehicles and energy storage systems, to serve US and global customers, as well as to new companies. At the time it did not identify potential customers, but one of the sources said it expected Tesla to buy the batteries.

In September, Tesla Chief Executive Elon Musk announced an ambitious plan to develop new cells internally, prompting vendors such as LG and Panasonic to embrace the unproven technology or face the risk of losing an important long-term customer.

The Korean supplier, a unit of LG Chem, has produced samples for so-called 4680 large-format cylindrical cells, said the sources, who asked not to be identified. It faces technological hurdles and the challenge of increasing production, people familiar with the matter said.

“LG plans to produce 4680 cells in their new US factory. They plan to build a new 4680 cell line to supply Tesla’s Giga Berlin in Europe,” said one of the sources, adding that Spain is one of the candidates for the plant. European.

One of the sources said that LG has never mass produced such large format cylindrical cells, although increasing the battery capacity is the right decision. “Tesla is an important customer and LG can take risks,” said another source.

He said LG has yet to get orders from Tesla for the 4680 cells, still in development. For now, Tesla is dramatically increasing orders for 2170 cells used in Model 3 and Model Y vehicles made in China, the source said.

Tesla’s September plan to develop the new 4680 battery cells is aimed at reducing production costs, improving battery performance, and increasing range. This would help with Tesla’s push to significantly boost electric vehicle production around the world.

Tesla is running a pilot factory for the new battery cells in California and is preparing to build those cells at newer plants in Texas and Germany.

Musk recently said that Tesla is in talks with battery suppliers about developing 4680 batteries. He said Tesla will use the current cells for at least a few years, but will “retire” them over time.

LG currently supplies smaller cells to Tesla in China, as does the Chinese battery maker CATL. Panasonic has partnered with Tesla on a $ 5 billion battery “gigafactory” near Reno, Nevada.

GM said separately that it is considering building a second battery factory in the United States with LG.

The unusually candid comments from LG and GM came after another Korean battery supplier, SK Innovation, expects the White House to overturn a recent US trade ruling favoring LG, saying it threatens to cut off battery supplies to Ford Motor. and Volkswagen.

Tesla’s rival Lucid Motors, which has a multi-year supply contract with LG Chem and is considering making its own cells at home, said it is interested in different cell formats, the director previously told Reuters. executive Peter Rawlinson.

Panasonic plans to start a test line for 4,680 cells in Japan in the business year beginning April 1, according to a person familiar with the matter. The two companies have not said whether they plan to collaborate on the production of the 4680 cells.

Tesla may need to extend the deadline for mass production, or work with partners at its newer plants to get cell production up and running quickly, said Caspar Rawles, an analyst at researcher Benchmark Mineral Intelligence.

Additional reporting from Paul Lienert in Detroit, Tim Kelly in Tokyo, and Heekyong Yang in Seoul; edited by Ben Klayman and David Gregorio