Exclusive: CEOs of U.S. airlines to meet with the White House to reduce carbon footprint 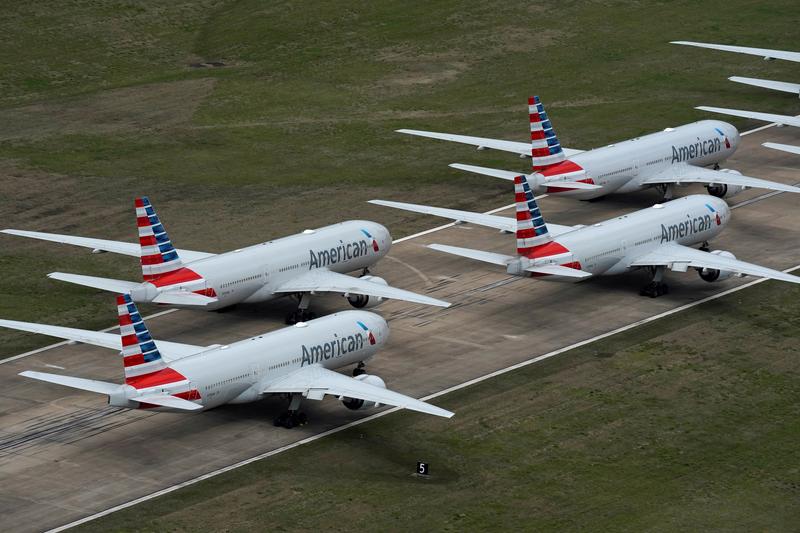 The CEOs of American Airlines, United Airlines, Delta Air Lines and Southwest Airlines are among those invited to meet with White House National Climate Advisor Gina McCarthy and Economic Advisor Brian Deese to discuss environmental issues related to the air travel, including the use of greener fuels to fuel air travel.

The White House and a spokeswoman for a group representing airlines declined to comment.

McCarthy told Reuters earlier this month that he had started talks with the utilities and auto sectors on reducing greenhouse gas emissions. He said the talks were part of a broad effort by the Biden administration to engage all federal agencies in the decarbonization of the U.S. electricity sector by 2035 and the entire economy by 2050.

Last week, Reuters reported that US airlines and renewable energy companies are pressuring the Biden administration to back a large increase in subsidies for lower-carbon jet fuel. They say new incentives are needed to help fight climate change.

Air travel contributes about 2% of global greenhouse gas emissions, the Air Transport Action Group said. That percentage is expected to grow rapidly in the coming decades if airlines do not switch quickly to “sustainable jet fuel.”

This fuel is manufactured from bio-based waste such as old cooking oil, animal fat, and vegetable oils. It is much more expensive than traditional jet fuel.

United has committed to making a multi-million dollar investment in carbon capture, a technology designed to absorb carbon dioxide from the atmosphere, as part of a plan to go 100% green by 2050.

Industry trade group Airlines for America previously told Reuters that it has also been in contact with climate change officials from the Biden administration to discuss expanding the market for sustainable aviation fuel.

Currently, A4A members use only about 1.5 million gallons of green jet fuel in the United States annually, out of a total commercial jet fuel market that exceeds 620 million barrels annually. (A barrel of jet fuel contains 42 gallons.)

Several other countries have already proposed or are exploring sustainable aviation fuel mandates as a means to address increased carbon production from air travel. A mandate in Norway came into force in January 2020, while the Netherlands must have one in effect by 2023.

European requirements are expected to be addressed at the White House meeting.

Globally, more than 250,000 flights have been flown on sustainable aviation fuel since 2016, while approximately 10.6 million gallons were produced in 2020, the International Air Transport Association said.

Chicago-based Boeing Co has committed to flying on 100% sustainable aviation fuels by 2030, it said in January.

Reporting by David Shepardson in Washington, Jarett Renshaw in Philadelphia and Tracy Rucinski in Chicago; Editing by Rosalba O’Brien and Matthew Lewis