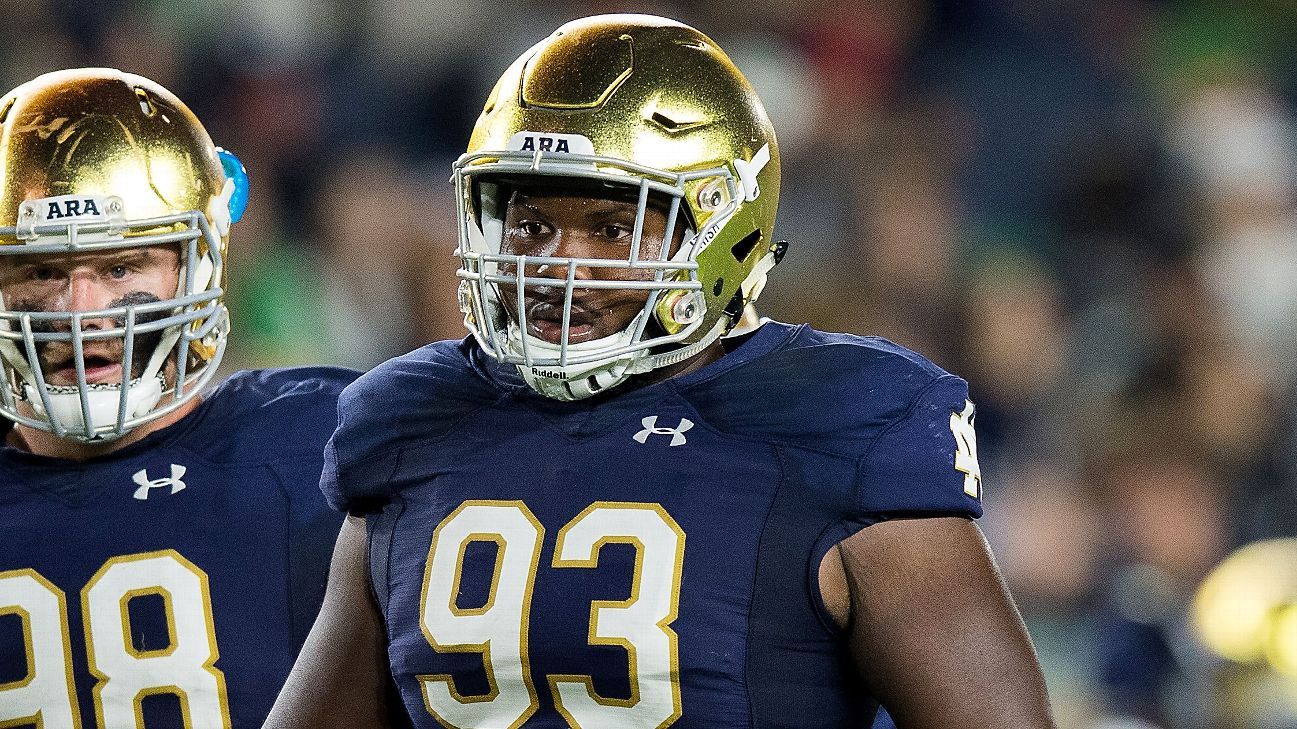 Months after removing Oklahoma from the college football playoff, Georgia has stolen one of the Sooner's potential defensive linemen. The transfer of Notre Dame, Jay Hayes, announced on Wednesday that he will be heading to Georgia, less than two weeks after his first engagement with Oklahoma.

This is it! In a month I will go to Athens to play for the Georgia Bulldogs. Go DAWGS! ?⚫️?⛓??

As a graduation transfer, Hayes will be eligible for the 2018 season. He started the 13 games for the Irish the last year and finished with 27 tackles, three tackles for loss, one sack and one fumble recovery. He actually led Notre Dame with seven tackles in his 20-19 loss to the Bulldogs last season.

Hayes believes he will reinforce the depth of a Georgia defensive line that returns the two initial defensive ends of last year's team at Tyler Clark and Jonathan Ledbetter.