Ex-Indiana Gov. Kernan, who was a Vietnam POW, died in 74 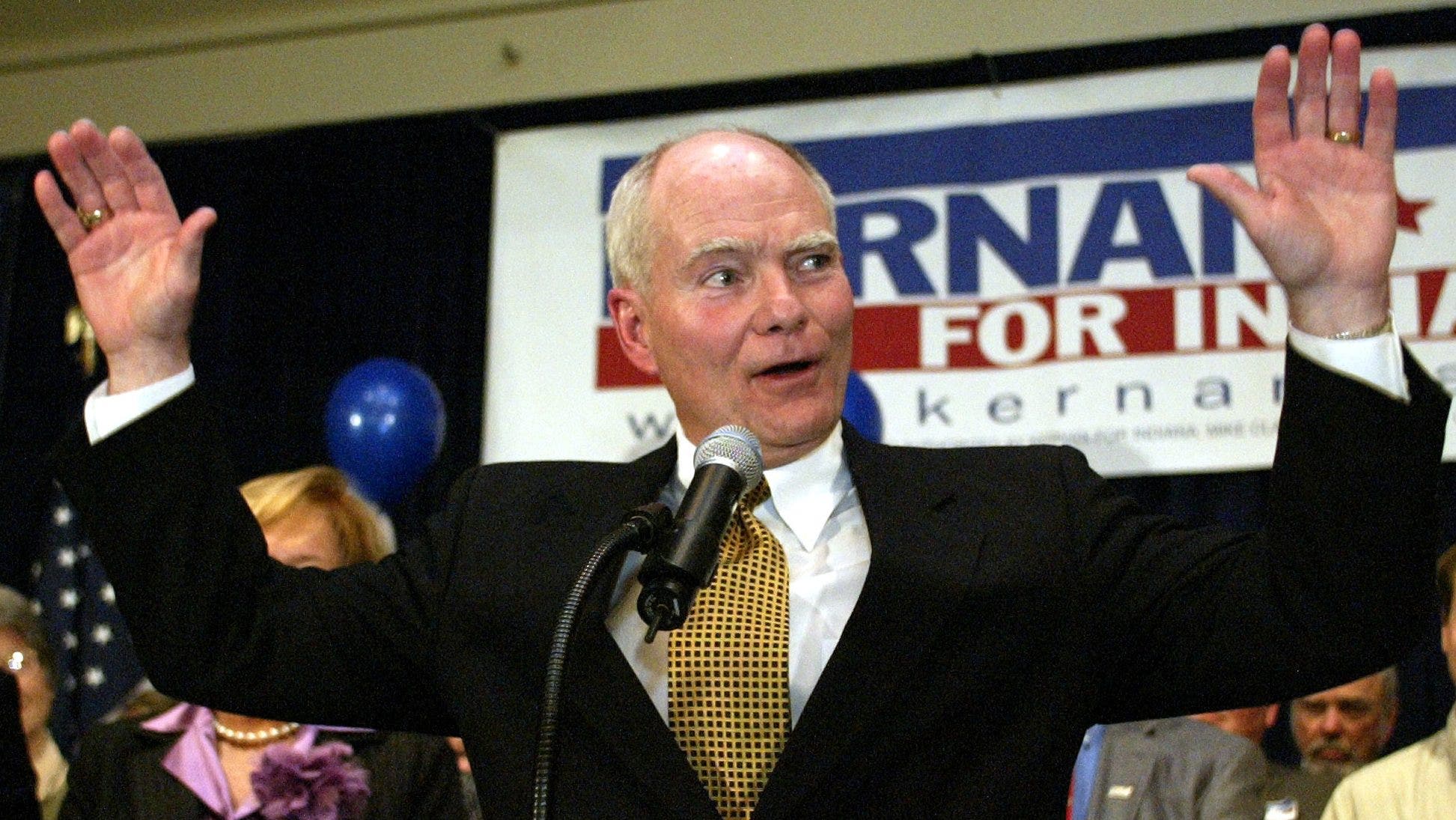 Former Indiana Gov. Joe Kernan, a prisoner of war who entered politics and was thrust into the state’s top office when his predecessor suffered a fatal blow, died Wednesday at the age of 74.

Maryann Downs said that Kernan died at the South Government Health Care facility, which was his governor’s office chief. Karnan was diagnosed with Alzheimer’s disease several years ago, but his family kept his position private until disclosure earlier this month that he had lost the ability to speak and was living in a care facility.

Kernan, as Democratic governor, won three elections as mayor of South Bend in 1996 and 2000 before being elected lieutenant governor. After Obanon’s death in 2004, Kernan became governor in September 2003 and served him for 16 months. Election for Republican Mitch Daniels.

“There is not enough specific word to describe him,” said Eric Holcomb, a current government official in a statement. “Joe Cernan devoted every ounce of his life, time and again, to upholding the oaths he took and serving the country and state he loved, regardless of personal cost.”

Kernan University’s Notre Dame baseball team was a fascinating campaigner for a smooth transition from 1891 to the first death of an Indiana governor, which was widely praised by Kernan.

“It was unchanged territory,” Republican state Sen. James Merritt told Kernan during a ceremony in the days before he stepped down in early 2005. “It was your legacy – quiet leadership in a crisis.”

Keran enlisted in the Navy after a 1968 Notre Dame graduation and flew as a navigator on war expeditions to Laos and North Vietnam. On 7 May 1972, his reconnaissance aircraft were shot down during a mission over North Vietnam. He was thrown out and sentenced to 11 months as a prisoner of war, which ended on March 27, 1973, when he was flown from Hanoi.

The worst day of captives began, he said, when he spoke with another POW.

“They told me that our escort had lost us and we were presumed dead,” Kernan said in a 2002 interview. “My family thought I had died, and if the Navy thinks I have died, the thing that goes to your mind is that these people have no reason to keep me alive.”

For decades, Kernan marked every May 7 by playing golf, eating pizza, and drinking some beer. He said he remembered the capture date every year “without question”, but sometimes he would not remember the anniversary of his release until a day or a week later.

“I think that because if it hadn’t been May 7, there would never have been March 27th.” “This was the day my life changed.”

He became the first Indiana governor in 48 years to stop the life of a prisoner who was sentenced to death in 2004, just days before. Karnan said that he decided that it would be unfair to kill Darnell Williams for 1986. Murder of a Gary couple when a mentally disabled partner receives a life sentence. Williams’ sentence was sentenced to life in prison without parole.

Keran decided against the run for governor in 2004, a year before O’Bannon’s death. He changed his mind two months after assuming the state’s top post, declaring that “I don’t want to see it from the sideline.”

Republicans attacked Kernan about the state government’s budget deficit and the loss of tens of thousands of jobs, with Democrats accusing him of problems over the 2001 national recession following a dot-com bust. Kernan lost Indiana’s most expensive Gubernatorial campaign to Daniels, who was President George W. Bush’s federal budget director and now president of Purdue University.