January 24, 2019 Technology Comments Off on Everything new in iOS 12.2: compatibility with HomeKit TV, redesigned remote control, Safari updates and more 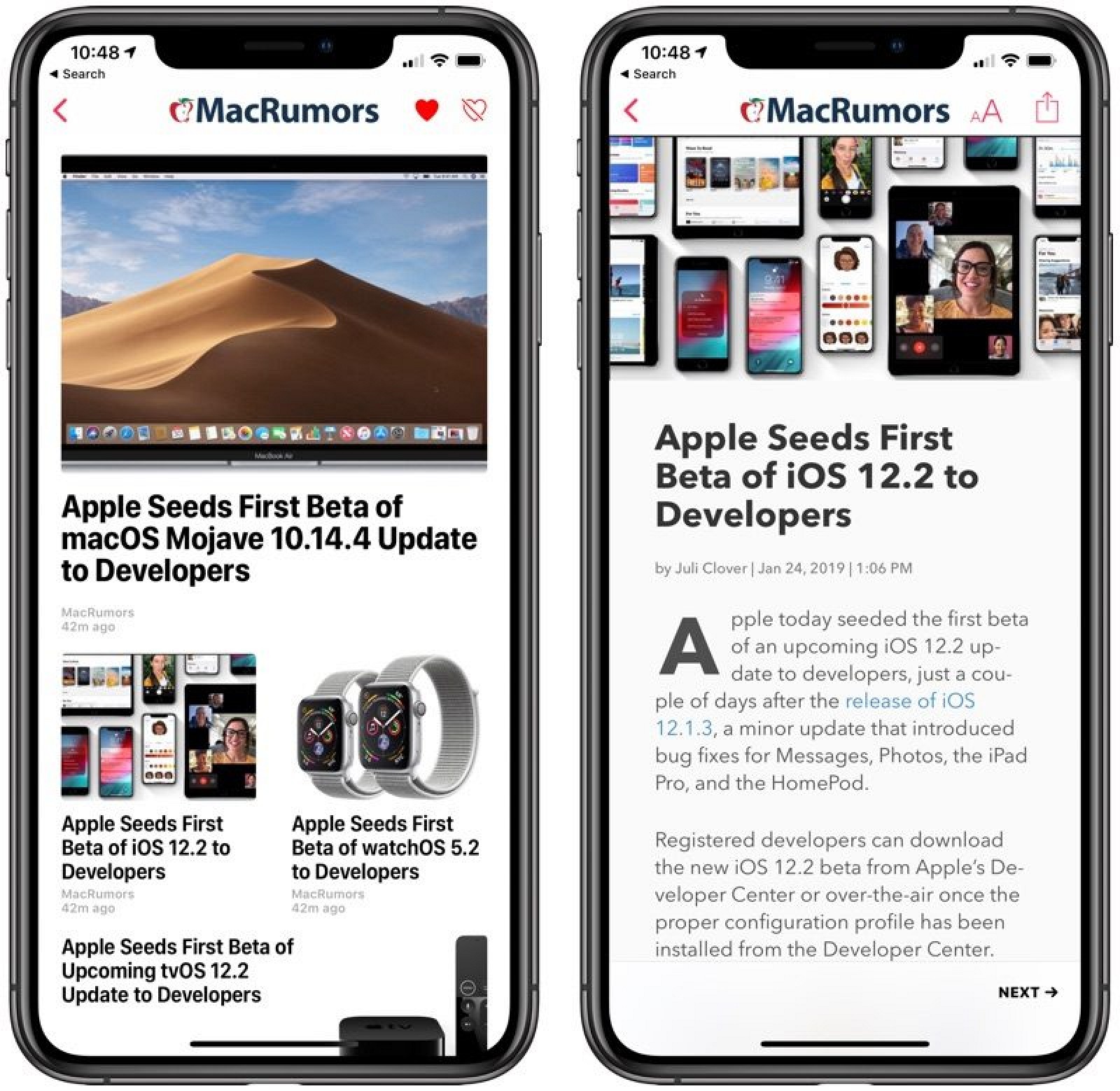 Apple today released the first beta version of iOS 12.2 for developers, and while it does not bring as many new changes as we might have expected in a 12.x update, there are still some minor adjustments to consider.

Next, we list all the new features and changes that we have discovered in iOS 12.2 so far, and we will update this publication if additional features are found.

– Apple news for Canada – iOS 12.2 extends Apple News' availability to Canada for the first time, with news sources available in English or French.

– HomeKit TV support – Apple recently announced that HomeKit support will reach a series of third-party TVs, and iOS 12.2 introduces the infrastructure to allow users to add their TVs to HomeKit.

– TV Home Controls – Open the Home application, touch the house icon in the upper left, choose "Home Settings" and you will see an updated section for "Allow access to speakers and TV", which previously was only "Allow access to the speakers "This setting allows you to choose who can access and send content to your speakers and televisions.

– New mirror screen icon – There is a redesigned Screen Mirroring icon in the Control Center that has two screens instead of a single screen and an arrow.

– Wallet – The Wallet interface has been slightly modified to see a single card within the Wallet application. The information button has been relocated to the top, and now there is a "Done" button instead of an option to touch other cards at the bottom of the application. The transaction information now appears more clearly, with a longer history available. The main wallet interface remains virtually unchanged, but the "+" button to add a new card is now black instead of blue.

– Safari search arrows – When entering a search term or a website in the main bar of Safari, in the "Autocomplete" section of Google Search, there are now small blue arrows. When you touch an arrow, the text is added to the search field, so you can get more specific search results with just a few taps. In previous versions of Safari, by tapping on a Google search result, the search was simply performed.

– Unsafe websites – Sites that do not use a secure HTTPS connection now appear prominently as "Not secure" in the Safari menu bar. There was an "Unsecured" feature in previous versions of iOS, but it only appeared on pages requesting a pbadword or credit card. Now, any unencrypted site shows the "Unsecured" header.

– Air quality on maps – In the Maps application, there is a new option to show the air quality along with the time readings. It can be activated in the Maps section of the Configuration application.

There are some known problems and errors in the iOS 12.2 beta that users should keep in mind. Some iPad and iPhone owners have encountered an Apple Pay problem after installing the beta version, where Apple Pay It says that an update is required to work.

Apple's release notes also list several problems, with solutions available. Users may be unable to authenticate in Apple Pay within Wallet after selecting a card. Apple suggests on the iPhones Touch ID, that Apple Pay users double click on the Start button when the iPhone is locked, select the desired card in Wallet and then authenticate before holding the iPhone near the reader.

In Face ID devices, Apple recommends double-clicking the side button, choosing the desired card and then authenticating via Face ID before holding the iPhone near the reader.

Apple says that iOS 12It is possible that users of .2 can not purchase prepaid data plans using cellular data, and instead use a Wi-Fi connection. Siri is also not working with iOS simulators.

iOS 12The .2 version is limited to developers at the moment, but Apple should soon provide a beta version to its public beta testers.