Every step taken is ‘uncharted territory’ 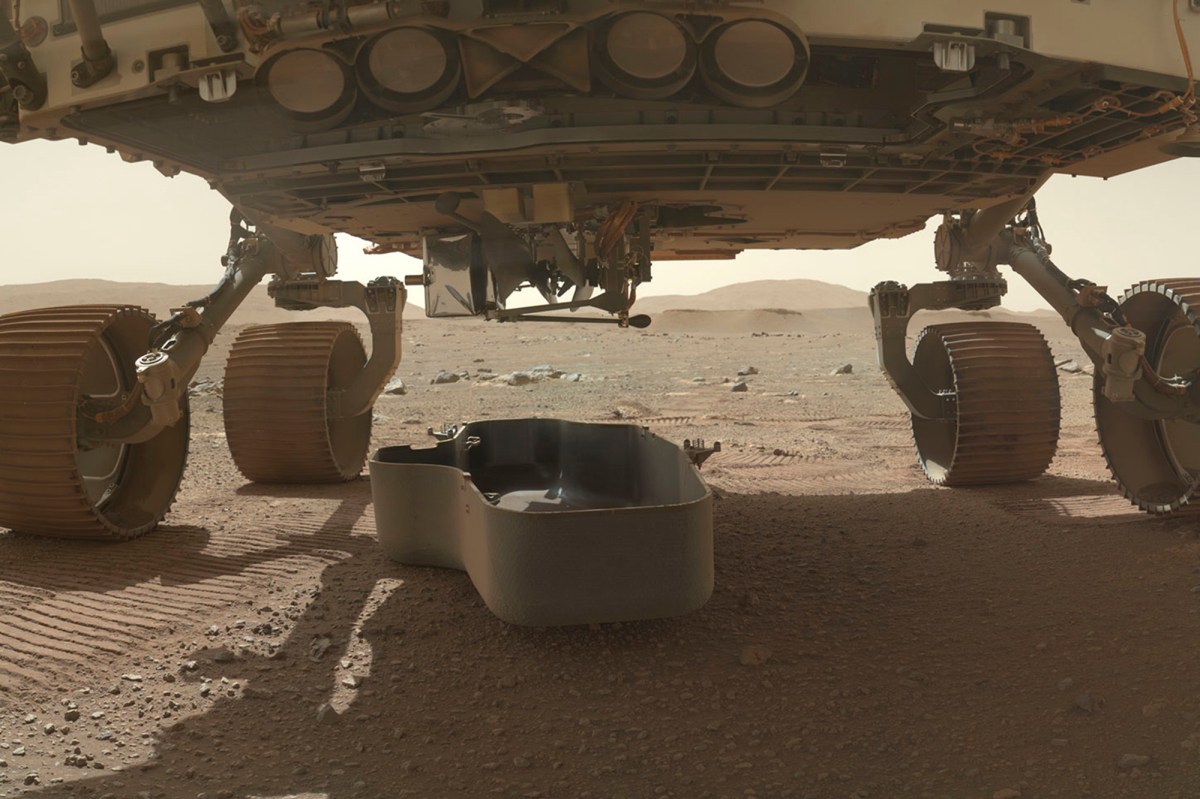 NASA’s Ingenuity Mars helicopter targets not earlier than April 8 the first attempt at power and controlled flight of an aircraft on another planet.

At a press conference Tuesday, members of the California-based agency’s Jet Propulsion Laboratory (JPL) explained that there are still a “series of challenges ahead” and that each step in the process is unprecedented.

“As with everything with the helicopter, this type of deployment has never been done before,” said Farah Alibay, Mars Helicopter integration lead for the Perseverance rover. “Once we start the deployment there is no going back. All activities are closely coordinated, irreversible and dependent on each other. If there is an indication that something is not going as expected, we can decide to wait a while. [Martian day] or more until we have a better idea of ​​what is going on. “

Before Ingenuity can even attempt to fly in the Martian atmosphere, the 4-pound helicopter must first be deployed.

On March 21, the Perseverance Mars rover, which brought Ingenuity to the red planet, dropped his shield of rubble that protected the helicopter and is currently en route to the 33 foot by 33 foot “airfield” where wit will try its first flight.

Once the rover reaches its flying zone, it will take about a week to get the helicopter up and running.

The Mars Helicopter Delivery System will rotate and drop the helicopter about 5 inches above the surface. Perseverance then has 25 hours to move to its “rover observation location.”

Ingenuity, which will be autonomous and charged with its own solar panel, has a one-month window for up to five test flights.

“We will go through several days of commissioning, about a week, where we test our sensors, we test our individual mechanism, we test the motors to make sure they rotate correctly. And we will be very methodical and event driven as this engineering experiment unfolds, ”said Bob Balaram, chief engineer for Mars Helicopter at JPL.

In the past week, JPL announced that he had chosen a flight zone just north of Perseverance’s landing site in Jezero Crater.

At the conference, the team of scientists announced that they would name the location after their “colleague, mentor and leader,” Jakob van Zyl.

Van Zyl passed away from a heart attack in August of last year and joined JPL in 1986. The device was one of his final projects and Bobby Braun, director of planetary science at JPL, said the engineer was the “guiding force” of his team.

Once the rover is loaded, survived a cold Martian night, and is ready to attempt flight, Perseverance will receive and transmit flight instructions to the helicopter.

“Several factors will determine the precise time for flight, including modeling of local wind patterns plus measurements taken by the Mars Environmental Dynamics Analyzer (MEDA) aboard Perseverance. The device will run its rotors at 2,537 rpm and, if all the final self-tests look good, it will take off, ”NASA wrote in a press release Tuesday. “After ascending at a speed of approximately 3 feet per second … the helicopter will fly at 10 feet … above the surface for up to 30 seconds. Then the helicopter from Mars will descend and land on the Martian surface again. “

Several hours later, Perseverance will pass data and possibly images and video from its cameras to the JPL team to determine whether or not its first flight was a success.

Using what is provided, engineers will understand the best way to proceed.

“Every step we’ve taken since this journey began six years ago has been uncharted territory in aircraft history,” Balaram said. “And while being deployed to the surface will be a great challenge, surviving that first night alone on Mars, without the rover protecting it and keeping it powered up, will be even bigger.”

What can go wrong?

If there is an error or mistake, the process may take longer. However, assuming Ingenuity spends night one, the team will spend the next few Martian days moving the rotor blades, testing the rotor system, and verifying the performance of the inertial measurement unit.

Worries aside, everything is making history.

In recognition of that, a small amount of the material that covered one of the wings of the The Wright brothers’ Flyer is aboard the Ingenuity, attached underneath the helicopter’s solar panel with electrical tape.

Interestingly, NASA’s Apollo 11 crew flew a different piece of material and a wood chip from the Wright Flyer during the July 1969 lunar landing.