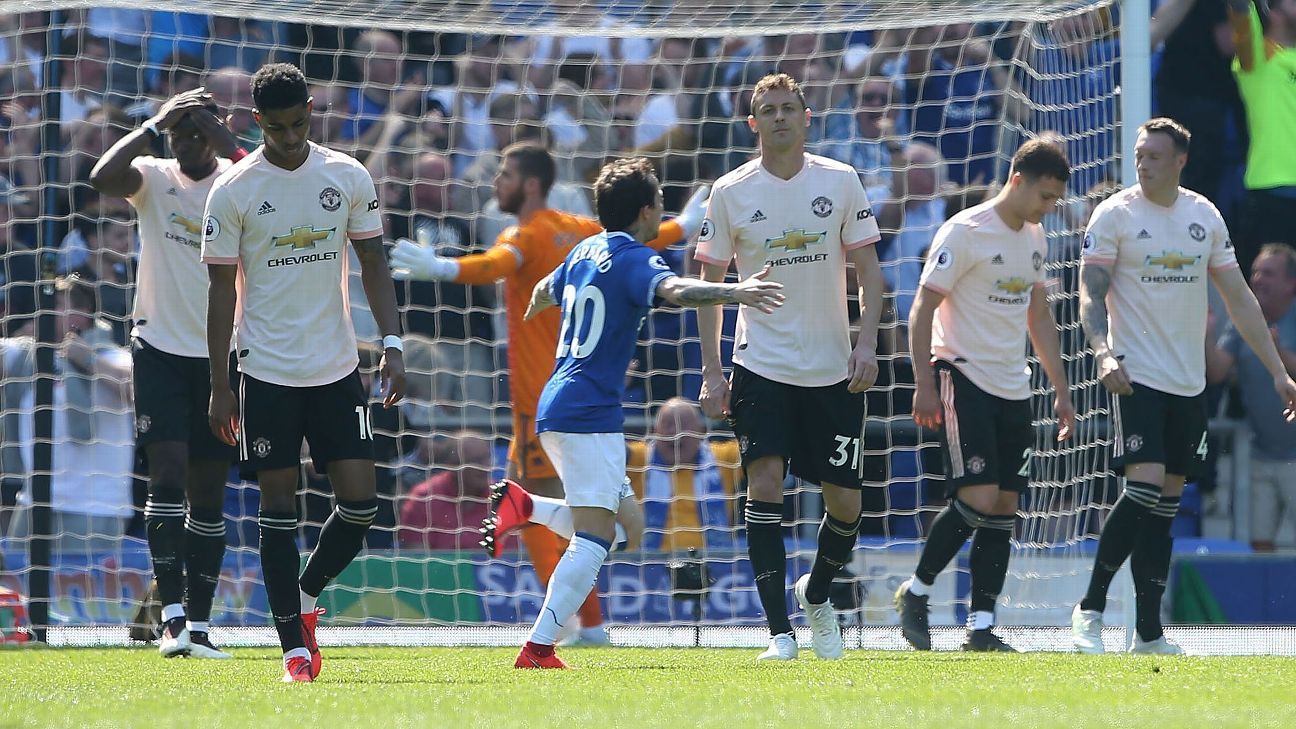 Manchester United's hopes of qualifying for next season's Champions League took a big hit, as they suffered a humiliating 4-0 defeat at Everton, their sixth defeat in the last eight games in all competitions.

First-half goals from Richarlison and Gylfi Sigurdsson set up hosts when they dominated United's right below par: before a stunner from Lucas Digne and Theo Walcott finished in the second half, secured all three points.

United head Ole Gunnar Solskjaer opted to play against center back Victor Lindelof on right-back, and most of Everton's dangerous moments were reduced to the left. Digne's throws caused all kinds of confusion, and led to the first goal.

Dominic Calvert-Lewin took over the delivery of France international and Richarlison beat Diogo Dalot to shoot acrobatic to the roof of the network in 13 minutes.

Everton continued to threaten, as United seemed unable to face their opponents, and was 2-0 just before the half hour. The home team separated from a corner of United and Nemanja Matic stood in front of Sigurdsson, who fired a long-range effort at David De Gea's near post.

Marco Silva's men finished half above and Solskjaer made a double change in the interval that brought Ashley Young and Scott McTominay for Phil Jones and Fred.

But he did little to stop the flow of the game, as Everton made it 3-0 in 55 minutes, despite losing Richarlison to injuries just moments before.

De Gea could only clear a corner to the edge of the area, and Digne found the ball to launch a rocket to the international of Spain, which did not move.

Everton was close to getting a quarter when De Gea saved on the line directly from a corner, before the substitute of the second half, Walcott, made it 4-0 in 63 minutes when he freed himself to pbad the goalkeeper.

The result leaves United two points off the top four with games against Manchester City and Chelsea this week, while Everton moves up to seventh.