Evaluating a possible trade between Jags and Ravens for Orlando Brown – tech2.org

Evaluating a possible trade between Jags and Ravens for Orlando Brown 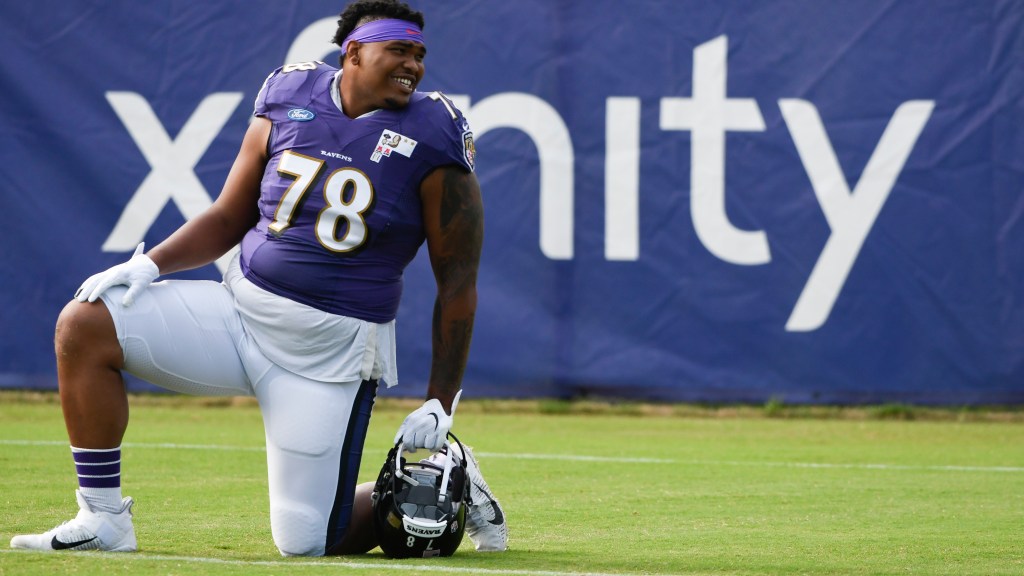 After going 1-15, the Jacksonville Jaguars have several improvements to make on their roster, and left tackle Trevor Lawrence could be among them. Cam Robinson’s contract has expired and the team now has to decide whether to keep him on a long-term contract, label him a franchise, or pursue another option in free agency or the draft.

However, a situation has developed in Baltimore in which professional bowler Orlando Brown has requested a trade in hopes of finding a team that allows him to play left tackle. With the Ravens signing Ronnie Stanley on a five-year extension worth $ 98.7 million last year, they see him as the protector of Lamar Jackson’s blind side of the future. As a result, it seems that Brown and Stanley cannot be on the same list.

Before asking the question of whether the Jags should be the team to make the trade, here is some information that the Jags would consider before making such a transaction:

Brown, who is in the final year of his rookie contract, took most of his plays at left tackle in 2020 as Stanley had to undergo season-ending ankle surgery. He stood his ground in the process, and since Stanley’s injury (Week 8 vs. Pittsburgh), Brown allowed zero sacks, one quarterback hit and 17 rush. Robinson, on the other hand, allowed two sacks, four quarterback hits (some could be at quarterback) and 17 rush during the same period.

Although Brown wants to play left tackle, those numbers indicate that he could be effective on the right in an emergency and offers versatility, which is an advantage. Those numbers could also indicate he would be an improvement over Robinson at starting left tackle, but more plays are required on the blind side before we can make a call.

Of course, to gauge what the Ravens might want, fans should consult history.

The most recent deal that comes to mind was between the Houston Texans and the Miami Dolphins. Miami sent left tackle Laremy Tunsil and catcher Kenny Stills to Houston for first-round picks in 2020-21, a 2021 second-round pick, cornerback Johnson Bademosi and offensive tackle Julien Davenport.

Of course, in this case, things need to be simplified and when you eliminate everything other than Tunsil, the Ravens could ask for a first-round pick. After all, Brown is only 24 years old and versatile (if injuries occur).

That said, if the Jags don’t re-sign Robinson and fall short in free agency, trading for Brown would make sense, if he’s still available. They have two first-round picks, and while the No. 1 overall pick is out of bounds, they could be open to trading the No. 25 overall pick.

The problem with giving up a first is that the Jags could keep their desperately needed draft picks and sign a veteran like Trent Williams or Alejandro Villanueva. While they are both in their 30s, both should be fine as short-term options (perhaps a three-year deal), allowing the Jags to keep their second first round. Williams, in particular, continues to play at an elite level and is better than Brown today despite his age.

Giving up a first round won’t be all that is required either. Brown is in the final year of his contract, so the Jaguars would do well to extend it. With him seeing himself as a left tackle, that would add an expensive contract to the mix on top of the loss of a top draft pick. Sure, money isn’t an issue, but when combined with military service compensation, bringing in Brown would require a lot of assets.

Also, since offensive tackle is the strength of the draft class, the Jags could sign one of the aforementioned veterans (or stick with Robinson), while adding a rookie to get ready in the draft. That said, if the asking price is first-round, the Jags might be better off moving to Brown, but if it requires less, they should call the Ravens.

Now, we would like to hear from all of you at home in the survey below. Should the Jaguars negotiate for Brown or should they go another route? Vote!