Europe’s unified vaccination strategy is fragmenting as nations turn to Israel, China and Russia for help 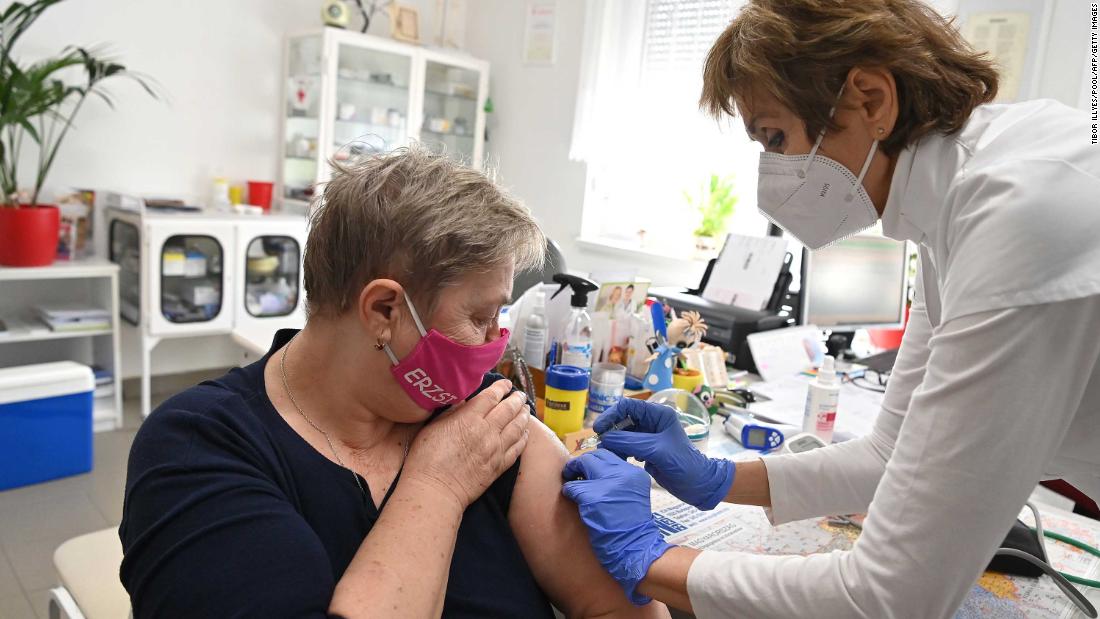 Austrian Chancellor Sebastian Kurz announced on Monday that he intends to work with Israel and Denmark on future vaccine production and cooperation in the development of new vaccines to combat novel coronavirus mutations. He will visit Israel with Danish leader Mette Frederiksen on Thursday.

The Austrian leader has been highly critical of the EU’s vaccine strategy and the bloc’s regulator, the European Medicines Agency (EMA). The EU licensed the Pfizer / BioNTech vaccine in late December 2020, weeks after it was granted approval in the UK and US.

Brussels has opted for a centralized approach to vaccine procurement and distribution, but its plan has been hampered by supply and distribution problems. Only 5.5% of the EU population of 447 million have received a first dose of vaccine, according to data from the World Health Organization (WHO).

The EMA has licensed three vaccines: Pfizer / BioNTech, Oxford / AstraZeneca and Moderna, but individual EU countries can grant an emergency authorization for other vaccines, as the UK did in December, when it was still in the period of post-Brexit transition.

“The European Medicines Agency is too slow in terms of authorizing pharmaceutical companies,” Kurz said according to ORF. “That is why we have to prepare for more mutations and we should no longer depend on the EU when it comes to producing second-generation vaccines.”

Frederiksen, the Danish prime minister, made similar comments on Monday. “The European vaccine effort can no longer be independent,” he said, adding that this was why Denmark and Austria were cooperating to get more doses.

Other EU nations have turned to Russia and China to fill vaccine supply gaps through unilateral acquisitions. On Monday, Slovakia granted emergency authorization for Moscow’s Sputnik V vaccine, following a delay in the supply of injections from Pfizer and AstraZeneca.

The EMA has not yet given the green light to the Sputnik V vaccine. [Slovakia] The approval is based on the results of Sputnik V clinical trials in Russia and a comprehensive evaluation of the vaccine by experts in Slovakia, “the Russian Direct Investment Fund, which supported the production of Sputnik V, said on Monday.

“We have received numerous requests from EU states to provide them with Sputnik V directly based on reviews from their national agencies,” said Kirill Dmitriev, CEO of RDIF in a statement. “We will continue to do so as well as work with EMA based on the ongoing review procedure that we started in January.”

Slovakia is the second EU country to independently grant Sputnik V authorization after Hungary, which began rolling out the vaccine in February. Hungary is also the first EU country to launch China’s Sinopharm vaccine, which has not been approved by the EMA.

“Vaccination is not a political issue, it is a question of efficacy and reliability,” Hungarian Secretary of State for Communications and International Relations Zoltan Kovacs told CNN on Monday. “We see that both Chinese and Russian vaccines are being used around the world in many places.”

Hungary also ordered doses of the Pfizer, Moderna and AstraZeneca vaccines through the EU, but Kovacs said the bloc’s centralized strategy fell short of expectations. “Well, it is obvious and visible by now that that strategy compared to the UK, Israel, even the US, failed,” he said.

“The Brussels bureaucracy was unable to reach quick and immediate resolutions regarding the contracts, we are at least two months behind schedule.”

Hungary has long been an outlier in Europe, and its leaders regularly clash with EU bosses over human rights policy. But Hungary is far from the only country frustrated by handling the vaccine launch bloc.

Czech President Miloš Zeman told CNN affiliate Prima News on Sunday that his country could launch Sputnik V if authorized by the national regulator. “I wrote to President Putin requesting the delivery of Sputnik-V. If I am duly informed, this request will be granted, but of course we will need the [medical regulator] certification, “he said.

“If several people warn us not to have a Russian or Chinese vaccine, then it is good to tell them that the vaccine has no ideology,” he added.

The fracture of the EU’s centralized strategy comes amid an evolution within the bloc on the AstraZeneca vaccine. France previously said it should only be given to people under 65, citing a lack of clinical data on its efficacy for older people.

But Paris has now extended the upper age limit to 75 years. According to Reuters, it is now feared that the government’s initial critical comments have led to less acceptance of the vaccine in the country.

Public Health England (PHE) data released Monday suggest that a single dose of the AstraZeneca vaccine is highly effective against serious infections and hospitalizations among elderly populations. The Pfizer vaccine was also found to have a similar effect, according to the study, which has not yet been peer-reviewed.

At a Downing Street news conference on Monday, England’s Deputy Chief Medical Officer Jonathan Van-Tam said the data “clearly vindicated” the UK’s decision to vaccinate all age groups from the start of the implementation process. . “I am not here to criticize other countries, but I do say that I believe that over time, the data that comes out of our program will speak for itself and no doubt other countries will be very interested.”

EU leaders are now focused on getting the bloc’s vaccination campaign back on track. “Our top priority now is to accelerate the production and delivery of vaccines and vaccines throughout the European Union,” European Council President Charles Michel said last week.

“This is why we support the Commission’s efforts to work with industry to identify bottlenecks, secure supply chains and increase production. And we want more predictability and transparency to ensure pharmaceutical companies meet commitments.” added.

The bloc now faces a race to fix the launch of the vaccine while keeping the faith of nervous member states seeking solutions elsewhere.