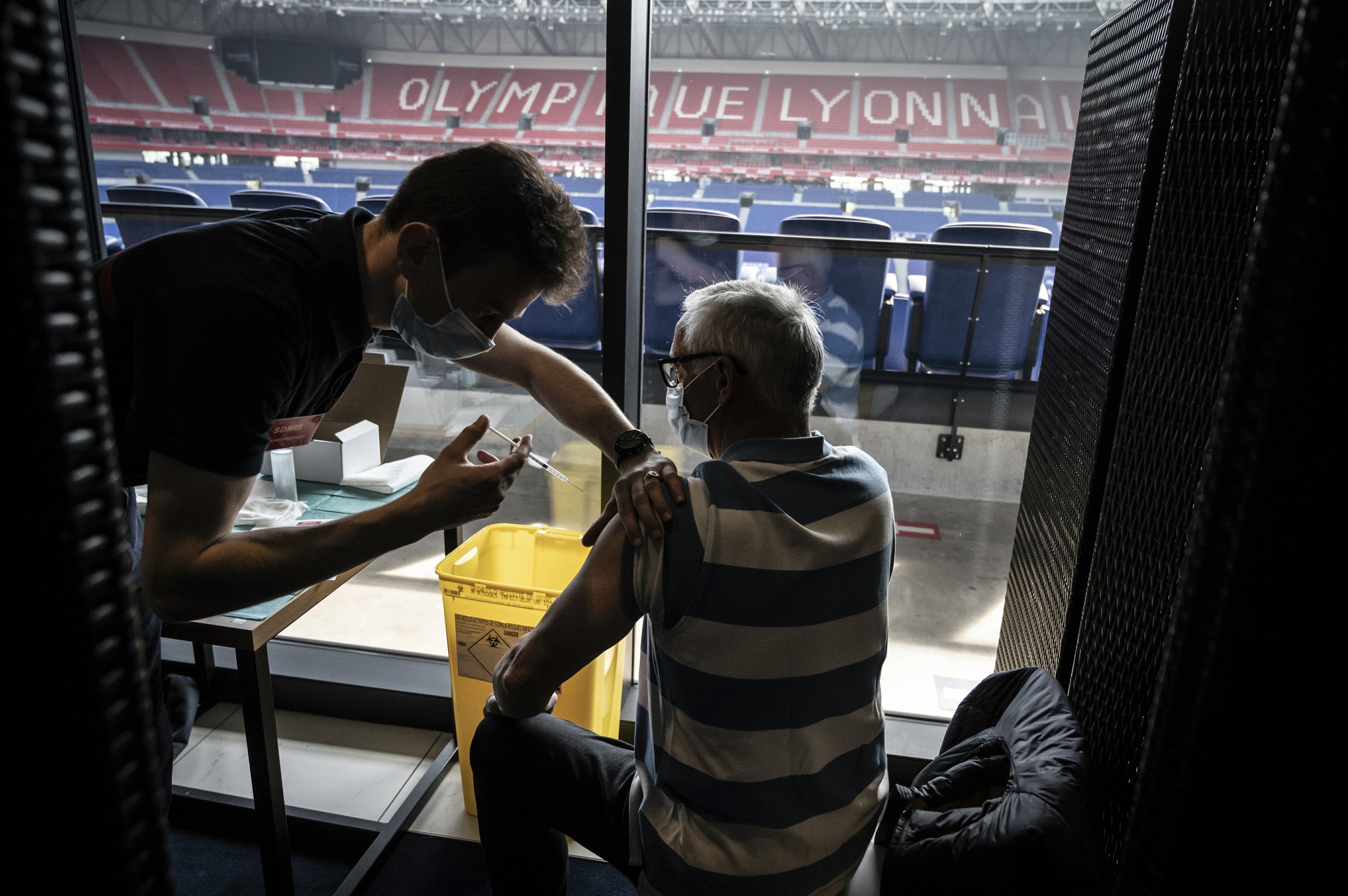 PARIS (AP) – The main stadium in the French city of Lyon was inaugurated as a mass vaccination center over Easter weekend, and thousands of people spent the holidays lining up for injections at racetracks, velodromes or elsewhere as France was trying to speed up vaccines amid a new wave of coronavirus cases.

But as Europe celebrated its second Easter in a row under the cloud of the pandemic, some cities suspend vaccinations for the long weekend, defying French President Emmanuel Macron’s insistence that “there are no weekends or days off during vaccination.”

Medical workers need “finally a little break,” said an official in the French city of Strasbourg, which closed vaccination facilities from Good Friday until Easter Monday, a public holiday. To ensure residents still had access to potentially life-saving vaccines, Strasbourg extended the vaccination schedule and administered its entire weekly supply of doses between Monday and last Thursday, the official said.

Spaniards lined up to receive vaccines on Easter Sunday in Barcelona and other parts of the country, but Madrid stopped vaccinations at local health centers to give staff a break. The Spanish capital continued to administer vaccines at a soccer stadium and a new hospital was built to help manage pandemic cases.

With Spain fearing another wave of infections like the one now overwhelming French intensive care wardsThe Spanish Minister of Health, Carolina Darias, had urged regional authorities to keep vaccinations up to date during Holy Week.

The French city of Sarcelles, north of Paris, was among those whose vaccination center remained open on Easter Sunday, amid the proliferation of infections and demand. Organizers at the center planned to inject 2,000 doses on Sunday, double their daily average.

Those waiting to enter felt lucky and relieved. The surrounding Val d’Oise region now has the highest coronavirus infection rate in France, and the situation in Sarcelles symbolizes how the pandemic has worsened existing inequalities.

“The problem is with people who still don’t qualify and are in a hurry, which I understand because they want to go back to a normal life,” said Dr. Majida El Mokhtari. “Unfortunately we cannot vaccinate everyone with the doses that are distributed to us.”

Working-class residents of the city are more exposed to the virus because many are unable to work remotely. In housing projects in the area, many families have several generations living in confined spaces. Language barriers make working out vaccination arrangements a challenge for many immigrants.

In Lyon, the French first division football club Olympique Lyon inaugurated its stadium and provided volunteer employees to help medical workers and firefighters with a mass vaccination campaign that began on Saturday. Authorities plan to administer 3,000 doses per day for the first three days.

The club’s president, Jean Michel Aulas, expressed his hope that the effort will help create “social cohesion” at a time of tension and uncertainty, as France entered a third partial lockdown. starting on Sunday.

In Italy, those lucky enough to receive a vaccine in Milan on Sunday received an extra reward: a dove-shaped Easter cake and packets of pasta. Only one hospital in the city administered vaccinations at Easter, according to Italian media. Among those administering the injections at Milan’s Hospital Niguarda were retired doctors from the hospital who volunteered their time.

“We are only making our contribution to this important battle” against COVID-19, Dr. Vincenzo Rapisarda told SkyTG24 TV.

German vaccination centers seemed to stay open mostly during the holidays, but the number of injections is usually slower on weekends.

The accelerated actions of Easter in some countries of the European Union contrasted with the slow start of the launch of the vaccine in Europe during Christmas and New Years.

While France remains far behind Britain and the United States in terms of vaccinating their population, the pace is starting to pick up. France has administered 12 million doses of vaccines in total, including nearly 1 million in the past three days.

Spanish authorities are accelerating vaccination efforts with the arrival of 2 million doses in the last week, their largest batch yet. Spain had administered 8.5 million doses as of Friday.

Across the Channel, Britain’s authorities planned to test a series of measures including “coronavirus status certifications” over the next several weeks to see if they can allow people to safely return to mass gatherings in sports arenas, clubs nights and concerts.

Individuals attending a variety of events, including conferences and the FA Cup football, will need to undergo before and after tests. The trials will also collect evidence on how ventilation and different approaches to social distancing could allow large events to occur.