EU vaccine rules may disrupt global supply, even to allies 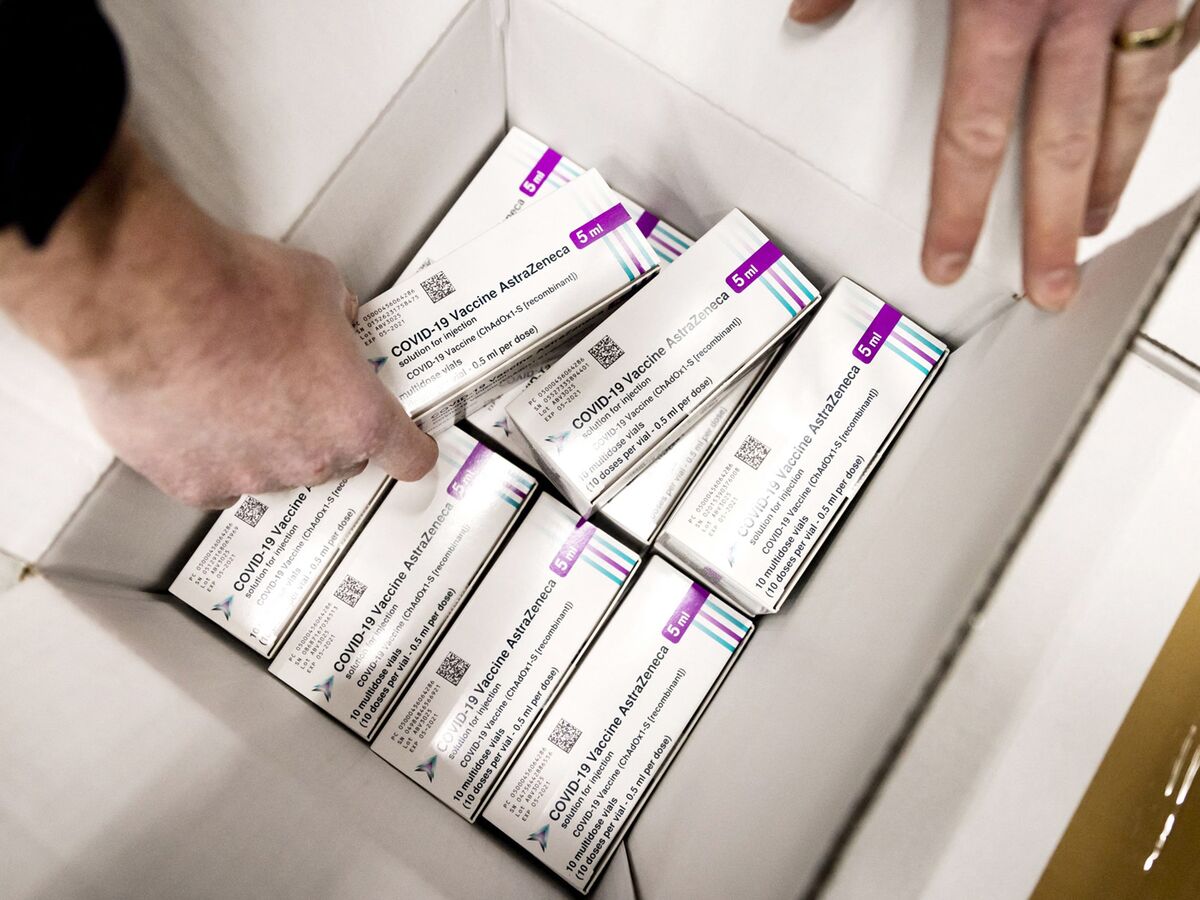 The European Union’s closest neighbors, including countries in the Balkans and those that have special trade relations with the bloc such as Norway and Switzerland, will need authorization to import Covid vaccines from the EU under a proposal to be released on Wednesday.

The plan, which will be made public in Brussels around noon, seeks to strengthen the EU’s existing export rules by insisting that nations that receive doses from the EU also send them back. It will also consider a country’s vaccination rate and pandemic situation when deciding whether to green-light shipments. The mechanism will not be automatic, but will be used on a case-by-case basis, according to officials familiar with the proposal.

The new export rules come as the health outlook has drastically worsened in Europe, and many of the larger countries, including Germany and France, announce new closures. When EU leaders meet later this week to discuss the proposal, they will say that “the situation remains dire” and that “restrictions, including non-essential travel, must therefore be respected,” according to a EU document seen by Bloomberg.

Neighboring countries will be included in the new directive due to the increased risk of third parties using their special business privileges to help circumvent stricter export criteria, according to a draft of the regulation seen by Bloomberg. The rules will include countries in the European Free Trade Association, as well as those in the European Economic Area, according to two people familiar with the plan.

The countries at risk of breaking the new rules will be those that restrict their “own exports of vaccines or their raw materials, either by law or by other means,” according to the document. This could have consequences for the UK, which, having received 11 million of the 45 million doses shipped outside the EU, is by far the largest recipient of vaccines on the bloc.

Likewise, the regulations will analyze “the prevailing conditions in the destination country” and will consider “the epidemiological situation, its vaccination rate and vaccine stocks,” according to the document.

The bloc has administered 13 doses per 100 people, less than a third of what the UK has achieved, according to Bloomberg’s Coronavirus Vaccine Tracker. Israel has inoculated more than half of its population.

The plan is aimed at companies like Astra that are not meeting their commitments and also takes into account potential future difficulties with companies like Pfizer Inc. that are meeting their obligations, according to an official familiar with the proposal, who asked not to. Identify yourself because the plans are private. The rules do not amount to an automatic ban and are intended to increase transparency and fairness, the official said.

Another diplomat said the EU wanted to tackle “vaccine tourism” whereby Europeans are encouraged to vacation in countries with a surplus of vaccines only to be attacked by doses imported from the bloc.

British Prime Minister Boris Johnson told reporters in London that all countries are “fighting the same pandemic” and that his government “will continue to work with our European partners.” Later that night, however, he risked inflaming tensions, telling a group of Conservative MPs in a private meeting via Zoom that the vaccine’s success in the UK was due to “greed.”

The government tried to limit the damage, and Cabinet Minister Priti Patel took the rare step of using television interviews to try to explain the prime minister’s comments. British officials rarely comment publicly on private discussions, such as the meeting Johnson had with his party.

Meanwhile, the Canadian government described the EU proposals as “worrying”. And in Australia, Health Minister Greg Hunt said Wednesday that his nation had received less than a fifth of the 3.8 million doses it contracted from AstraZeneca’s European operations. Earlier this month, Italy blocked vaccine shipments to Australia using the EU mechanism.

Low- and middle-income countries that are part of the Covax humanitarian facility will continue to be exempt from having to apply for authorization and the EU will continue to recommend that exports be allowed when they do not pose a threat to the security of supply of vaccines and their components. The measures will remain in effect until at least the end of June, said a person familiar with the proposed law.

Since February, the bloc has received more than 380 export requests to 33 different countries for a total of around 45 million doses. To date, only one application has been rejected following Italy’s refusal to green light the shipment of 250,000 doses of Astra to Australia earlier this month.

The UK is by far the top export destination, having received around 11 million doses, according to an EU document. It is followed by Canada, with 7.2 million and Japan with 5.4 million. Saudi Arabia got 1.5 million shots and the United States 900,000.

The proposals must be approved by EU leaders when they meet virtually on Thursday and Friday. Ministers from several countries, including France and Italy, backed the reciprocity principle at a preparatory meeting on Tuesday, according to a diplomatic note seen by Bloomberg. Others, however, called for caution, citing the potential impact on global supply chains.

The EU and the UK are currently negotiating how to divide the stock of an Astra plant in the Netherlands that will come online in the coming weeks. A European diplomat said there was scope for agreement on some form of prorated distribution based on population size.

– With help from Nikos Chrysoloras, Emily Ashton and Tim Ross