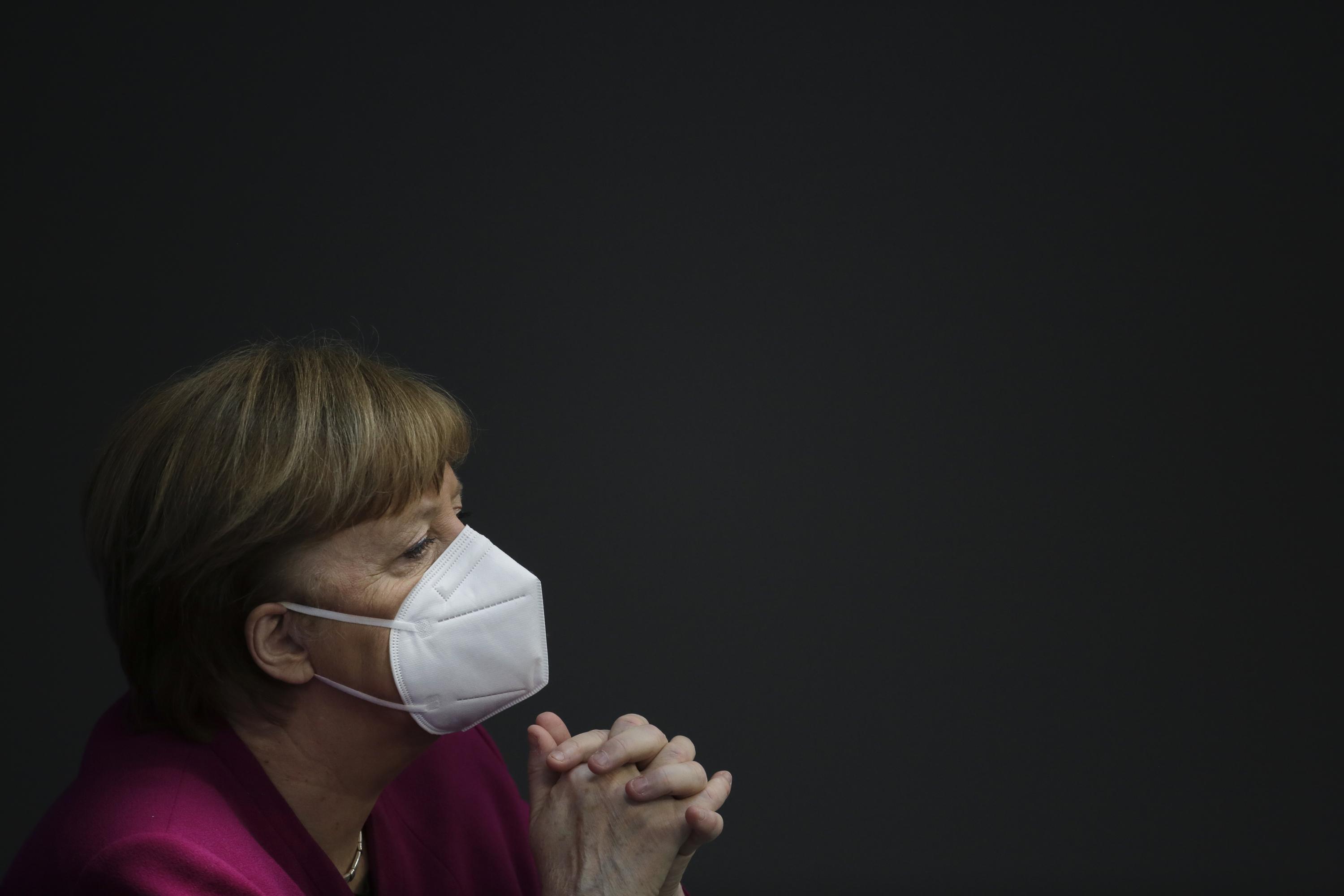 BRUSSELS (AP) – European Union leaders were seeking ways to increase COVID-19 vaccines in the 27-nation region on Thursday amid a dose shortage, spikes in new cases, a dispute with the United Kingdom and disputes. internal.

The coronavirus pandemic once again prevented leaders from meeting in person, reflecting the poor epidemiological situation in the EU. The spread of more contagious variants of the virus has pushed hospitals in some countries to their limits and, combined with the lack of vaccines available in Europe, has led several EU members to impose strict lockdown measures during the Easter period. .

Three months after the vaccination campaigns began, less than 5% of the 450 million residents of the EU have been fully vaccinated against COVID-19.

Speaking ahead of the video talks, German Chancellor Angela Merkel said problems with the delivery of coronavirus vaccines have underscored the need for the EU to redouble its efforts to produce doses within the bloc.

“We can clearly see that the British facilities are producing for Great Britain. The United States does not export and, therefore, we depend on what can be produced in Europe, “he said.

To ensure a more stable vaccine supply, the bloc’s executive arm has proposed strengthening export controls for coronavirus vaccines. Even if the measure is detrimental to non-EU countries, the aim of the European Commission is to force vaccine manufacturers, especially AstraZeneca, to deliver the doses agreed in their contracts.

The commission also wants to ensure that a principle of export reciprocity is applied with countries that produce vaccines or the raw materials needed for them.

EU Commission Vice President Valdis Dombrovskis explicitly pointed to Britain earlier this week, saying that since the end of January “some 10 million doses have been exported from the EU to the UK and zero doses from the UK. to the EU “.

The commission’s proposal has generated divisions. While some countries see it as an instrument of last resort that should not undermine the EU’s reputation as an open trading bloc, others said it is a crucial tool to ensure vaccine doses and ingredients make it to the bloc.

“Some countries refuse to export. So we need to introduce reciprocity criteria if we want to be able to maintain our vaccination target for the summer, “said a diplomat, referring to the EU’s target of vaccinating 70% of the adult population for that season. The diplomat spoke on condition of anonymity before the summit.

Based on EU contracts with manufacturers, the commission expressed confidence that 360 million doses will be delivered during the second quarter of the year.

Tighter export controls could have an impact on Britain, whose rapid launch of vaccines after it formally withdrew from the EU has been watched with envy by many European nations. The latest figures show that 45% of British residents have received at least one vaccine injection, compared to less than 14% in the EU.

The EU’s contract disputes with the British-Swedish company AstraZeneca deepened post-Brexit tensions. However, the EU and the UK pledged this week to increase cooperation and fight together against the third wave of infections in Europe.

EU officials have said that trade with the United States should not be affected by the mechanism. US President Joe Biden has been invited to attend the virtual EU summit.

The leaders of EU member countries must also resolve an internal dispute after Austrian Chancellor Sebastian Kurz criticized the distribution of vaccines, saying some countries were getting more than their share. Austria: leads a coalition of six countries calling for a correction mechanism.

“The word solidarity is always used and used so frequently in the European Union – people are trying to take care of the whole world,” Kurz said. “And when member states have far fewer vaccines available than others, I think this is a big problem for Europe. I would even dare to say that I believe that when there is no solution, this could cause damage to the European Union as we have not seen in a long time.

According to the joint contracting established by the European Commission, the doses are allocated pro rata, but member states are free to order directly from the manufacturer of their choice. Some countries are taking less than their prorated basis.

A large majority of EU members believe the system is working well and said Austria made a mistake by focusing on AstraZeneca intakes rather than diversifying its portfolio. To help the struggling countries, member countries are examining ways to make efficient use of the additional 10 million doses of Pfizer-BioNTech vaccine that were available to the bloc during the second quarter.

“But the correction will not apply to all member states, only to those who really need solidarity,” said a diplomat, requesting anonymity.

Further highlighting the division within the EU over vaccines, the Danish government announced on Thursday that it would continue to suspend the AstraZeneca vaccine for a further three weeks. Several European countries that had suspended use of the vaccine for fear it could cause blood clots have resumed its administration after the European Union’s drug regulator said it was safe.

David Rising in Berlin and Jan M. Olsen in Copenhagen contributed to this report.