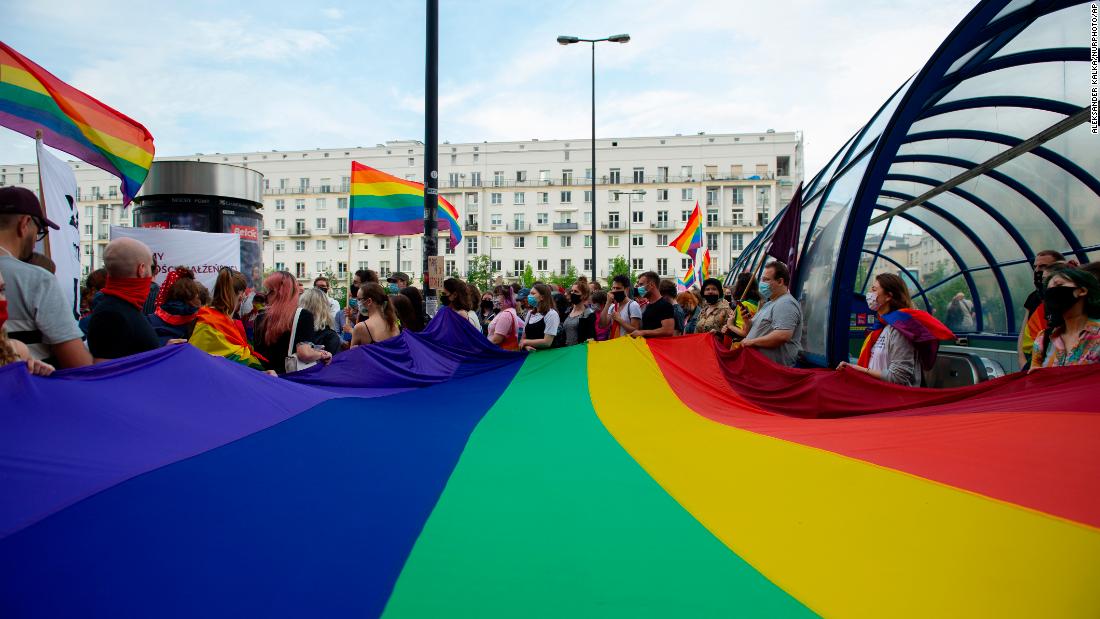 Announcing the decision on Thursday, the European Commission said that it confirms that the union stands for equality for all people.

The European Commissioner for Equality, Helena Dalli said, “EU values ​​and fundamental rights should be respected by member states and state officials.”

He added, “This is why six town-twinning applications involving Polish authorities rejected proposals for ‘LGBTI free zones’ or ‘family rights’.”

Cities that have not been identified had applied to join the EU’s twin program, which “strengthens mutual understanding and friendship” between European citizens, “to guarantee peaceful relations”.

Under the terms of the program – which provides financing of up to € 25,000 ($ 29,000) – the scheme should be accessible to all European citizens, without discrimination.

Commission spokesman Adalbert Jahnz said: “Six applications have been rejected because the response given by the project’s legal representative has not given sufficient assurance to the evaluation committee that the project will be consistent with those objectives and general characteristics.”

Jahnaz told CNN that he was “not at liberty” to identify the rejected applications, adding: “We do not disclose the applicants who were rejected for receiving EU funds, This is really a principle of equality of treatment that is at our heart the selection processes. “

In a statement on Twitter, European Commission President Ursula von der Leyen said: “Our treaties in Europe ensure that everyone in Europe is free to be who they like, wherever they want, whatever they want. Like them and target as many as you want. I will continue to move forward for a #UnionOfEquality. ”

In March, the International Observatory of Human Rights said that a third of Polish cities had declared themselves “free from LGBTI ideology” from 2019.

While the Polish attitude towards homosexuality is slowly advancing, same-sex marriage is not legal and the heavily Catholic country remains one of the most conservative and restrictive in Europe for LGBTQ people.

Earlier this month a city in the Netherlands severed ties with its sister city in Poland after it later declared itself an “LGBT-free zone”.

Nievegin, a city near Utrecht in central Netherlands, issued a statement announcing the immediate end of her friendly relationship with the Polish city of Pulawi.

The Nieuwegein City Council asked the Municipal Executive Council to form a relationship after being aware of recent reports on the treatment of members of the LGBT community in Pulawi on 13 July.

Jack Guy and Martin Goilando contributed to this report.