Victory on the battlefield, defeat in cyberspace: Ethiopia’s agonizing reality 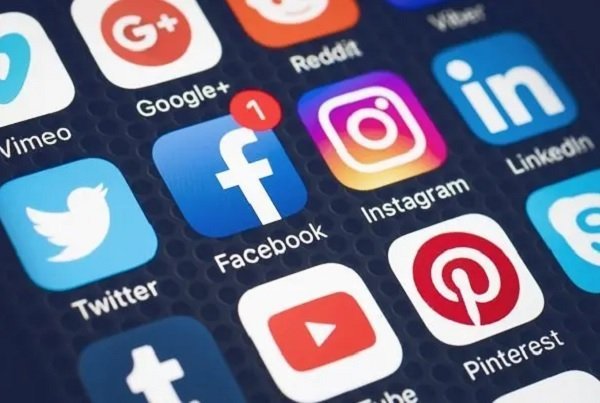 The Ethiopian government has managed, and resoundingly, to crush the coup perpetrated by a clique of the TPLF in a few weeks. The victory – and the defeat – and its execution and pace will be an important new addition to the annals of conflict in Ethiopia’s history.

The clique, supported by their paid operatives, shenanigans and “white TPLFs”, snorted and snorted as they viciously beat and massacred the Ethiopian National Defense Forces of the Northern Command, while they slept. They then cheated, misrepresented, lied and yelled as they were annihilated by the wounded, but very energetic and disciplined army.

The dominant, but misleading narratives

First, the clique misled the world by accusing the Command of attacking it first to justify its offensive as a counterattack. The mainstream and social media, fortified with “digital Weyanes” and their supposed paid analysts, were in an uproar accusing the Northern Command, the victim, of a villain. Then, strangely, a triumphant cabal spokesman appeared on his favorite television outlets, admitting a thunderous preemptive strike against the Command.

To be sure, only the US official, a secretary of state, strongly condemned the attack on the Command. Djibouti’s strong position was expressed by awarding Ethiopia’s chief army commander its highest award after the completion of the grand operation. The rest manipulated, manipulated or babbled the criminality of the clique.

As the fortunes of the conflict turned south, the clique and its operatives incessantly managed to internationalize the conflict by tying down others, including the United Arab Emirates. They charged that the drone attack was operated by the UAE. This turned out to be an invention too, but the facts didn’t matter. The idea was both to diminish the victory of the Ethiopian forces and to raise the morale and ego of the mortally wounded clique.

The deafening lies intensified as cabal forces were driven from one city, town, village to another, in humiliating defeat. However, the cabal forces and their shenanigans orchestrated a vengeful media blitz in a fairly coordinated fashion involving major media personalities, including the BBC, Aljazeera, Reuters, New York Times. The BBC is only known to have apologized so far. But it didn’t really matter, the damage had already been done. The cabal scored again.

In one of the most barbarous events, the forces of the clique carried out the genocide in My-Kadra. In this tragic incident, more than a thousand unarmed workers, largely seasonal, of mostly Amhara descent, were savagely slaughtered. While Amnesty International and others condemned the atrocities, UNHCR tried to spread the blame, in the process lessening the full force of the sentence, as I wrote in “Dispensing Guilt: UNHCR’s Evident Double Standards.”

Then came the looting and destruction of airfields, bridges, roads, communications infrastructure, churches, mosques, schools, offices, and hospitals by retreating but marauding cabal forces. An avalanche of lies, fabrications and deviations unleashed, once again demonizing the government. What is deeply regrettable is the absence of a robust global voice asking the most obvious and basic question: Why would a government force that is taking power do any of these “foot shootings”?

Yet another came from the UN criticizing the Ethiopian government for preventing access to the affected regions when its own forces broke the agreement. The UN sent a belated apology for that, but the damage was done, again. This mattered little, as the accusations, indictments, and demonization of the victim continued unabated.

The European Union has withheld aid and threatened further, relying on lies and fabricated stories crafted by cabal forces, sold by paid agents such as Martin Plaut, Alex de Wall and Kjetil Tronvoll, disguised as analysts, scholars, and undercover investigators. .

Ethiopia has lost diplomatic and cyber battles even as it won the just “ground war” that it conducted in the most professional manner. He’s been outmaneuvered, resourceful, and outmatched in the cyber arena. The clique has defeated the Ethiopian government from its caves of death through its propaganda machines that operate globally.

Academia: a hideout for mercenaries

Paid facilitators, shenanigans, and apologists for the TPLF clique abound, thanks to the looted fortunes that made it possible. Two of the most apologetic of the clique, Alex de Waal and Martin Plaut, can probably beat anyone else in their incredible zeal for fabricating, falsehood and incitement. I noticed some blatant falsehood and incitement in my previous article on Plaut in this article: “Abiy’s” Terrible Misjudgment “: The Story of TPLF’s” Fight from the Hills “”. Here, I only wish to share his outlandish emotions, in his own words, as Sibhat Nega, the father god of the clique, was captured in a dramatic way.

Plaut, on January 10, 2021, tweeted: “I have been crying non-stop in my room for 24 hours straight. Very sad day for all of us. Chief Sibhat Nega, we will miss you! “I would let the readers make up their minds about this” member “of the Institute for Commonwealth Studies, about his independence, objectivity and integrity.

In his last article, this mercenary warrior, who hinted to the Tigreans that they should “fight from the hills”, now directly incites the Ugandans, similarly, to “Take the mountain and fight a guerilla war“In protest of the victory of Musevini. One wonders why the governments of Ethiopia, and now Uganda, do not register official protests against their institution.

So far the camaraderie that authorizes such mercenaries to take refuge in such institutions.

Alex de Waal, who claims to be a “Research Professor and Executive Director of the Foundation for World Peace at The Fletcher School, Tufts University”, USA, and another gunman for hire, such as Plaut, sobbed over the murder of one of the clique’s architects in his cave hideouts fighting the army. In undeserved praise “In Memoriam: Seyoum Mesfin, Ethiopian Peacemaker and Patriot,” he perversely contrasted his death with that of the former distinguished Ethiopian Foreign Minister Aklilu Habtewold, who was released from prison and killed by the Dergue. And yet this cabal minister, who is one of the architects of the TPLF, is notoriously known in Ethiopia for his strange lies about the Ethio-Eritrea border arbitration, the GERD status, and Prime Minister Abiy Ahmed’s Nobel Prize. , among others. .

Like his partner in crime, he shamefully snapped “The circumstances of Seyoum’s murder are unclear…. Eritrea, which may well have carried out the killings, remains silent ”. This is another blatant and orchestrated, but futile, attempt to diminish the caliber, competence and ability of the Ethiopian army to crush the rebellion to hunt down and kill its fugitives. Oh yes, to win the sympathy of the world, interpreting the disabilities of the “elderly Tigrayans killed in the same incident” in disgrace, he pathetically listed blindness, heart problems and difficulty walking.

Too much for the director of the so-called World Peace Foundation.

One thing has become very clear: these former correspondents, turned into “companions”, seem to have no qualms about selling their souls to the highest bidder. It is really important for students and academics in international politics and development to closely study the integrity of these paid agents and challenge them in their respective institutions.

Recently, rape appears to be the new accusation against the Ethiopian government and its army. I deliberately wanted to point this out in a separate section here. Cabal forces, and their shenanigans, who have excelled in the art of fabricating a story and then spreading it through their “respectable comrades” and “research professors”, are now preparing this new indictment against the government.

But, months before the conflict in Tigray, there were documented reports and news spread of rampant violations in the region. If there was any widespread rape before the conflict, it may have been exacerbated by the tens of thousands of criminals recklessly released from prisons by the clique itself while on the run.

The Ethiopian military has an impeccable record of discipline and professionalism in all the places it served, regionally and internationally. The recent image showing the “overly humane” treatment of their captured and fugitive enemy combatants in their caves, including washing their feet, is simply biblical! Regardless, the attempt to tarnish all of Ethiopia’s assets remains part of the fabric of the losing clique and its enablers.

To be sure, in the murky world of cyberspace, it is not always the facts that matter particularly, as do the perceptions. In this fast-paced world, fact-finding has become more unwieldy, cumbersome, slow, and as such less and less meaningful.

Ethiopia has done a fantastic job neutralizing the clique’s attack on the battlefield. But sadly, he has not managed to communicate the narrative properly, quickly, vocally and systematically. The Ethiopian government is now reaping the rewards of its neglect on this key front.

This chronic Achilles heel will continue to cost Ethiopia dearly. Therefore, the need for immediate action cannot be overstated.

You can reach the Queen of Sheba at [email protected]

Join the conversation. Like borkena on Facebook and get regular updates from Ethiopian News. Also, you can receive news from Ethiopia by following us on Twitter @zborkena