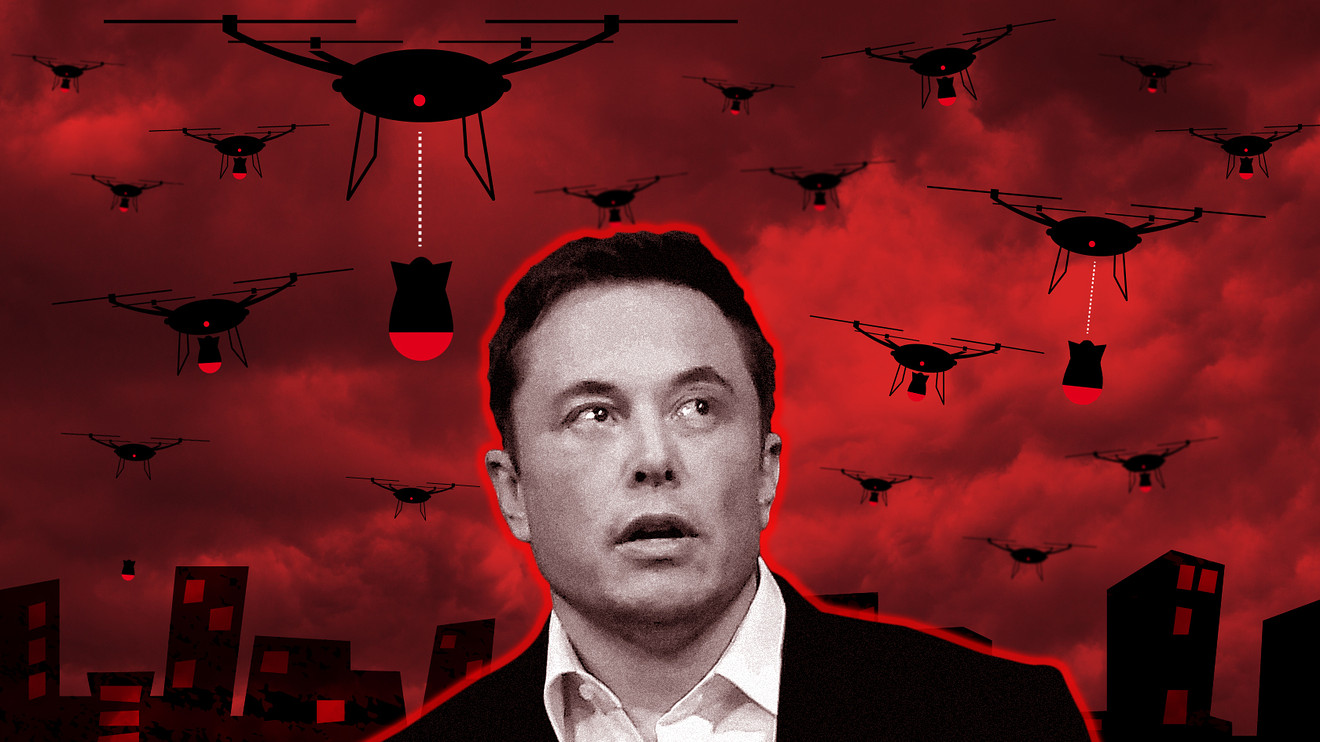 Elon Musk, in an interview that aired on Sunday night on "Axios on HBO," talked about how Tesla

He was "bleeding money like crazy" and almost sank earlier this year.

But the conversation took a darker turn when he began to talk about the terrifying future and the present of artificial intelligence:

"You could make a swarm of killer drones for very little money, simply by taking the face ID chip that is used in cell phones, and that it has a small explosive charge and a standard drone, and asks you to do a sweep of the the building's grid until they find the person they're looking for, they pounce on them and explode, you could do that right now … No new technology is needed. "

For fans of the British television series, "Black Mirror," that scary, and perhaps too realistic, scenario has to sound familiar.

In "Hated in the Nation", the sixth and final episode of the third series, acclaimed by critics, the target people in social networks were killed by swarms of bees. Here is a trailer to give you an idea:

Then, to overcome the "existential threat" posed by artificial intelligence, Musk says that we must merge with machines. To that end, he founded a company called Neuralink with designs to achieve the symbiosis of human AI.

Musk told Axios that he will do it with an "electrode interface to a neuron at the micro level": "a chip and a bunch of tiny cables" that will be "implanted in his skull". He said he believes that this is possible within a decade.

"And, by the way, you already have this in a strange way: you have a digital tertiary layer in the shape of your phone, your computers, your watch," Musk explained in the interview. "Basically you have these computing devices that form a tertiary layer in your knowledge already."

Watch this clip of the interview for more information on that: