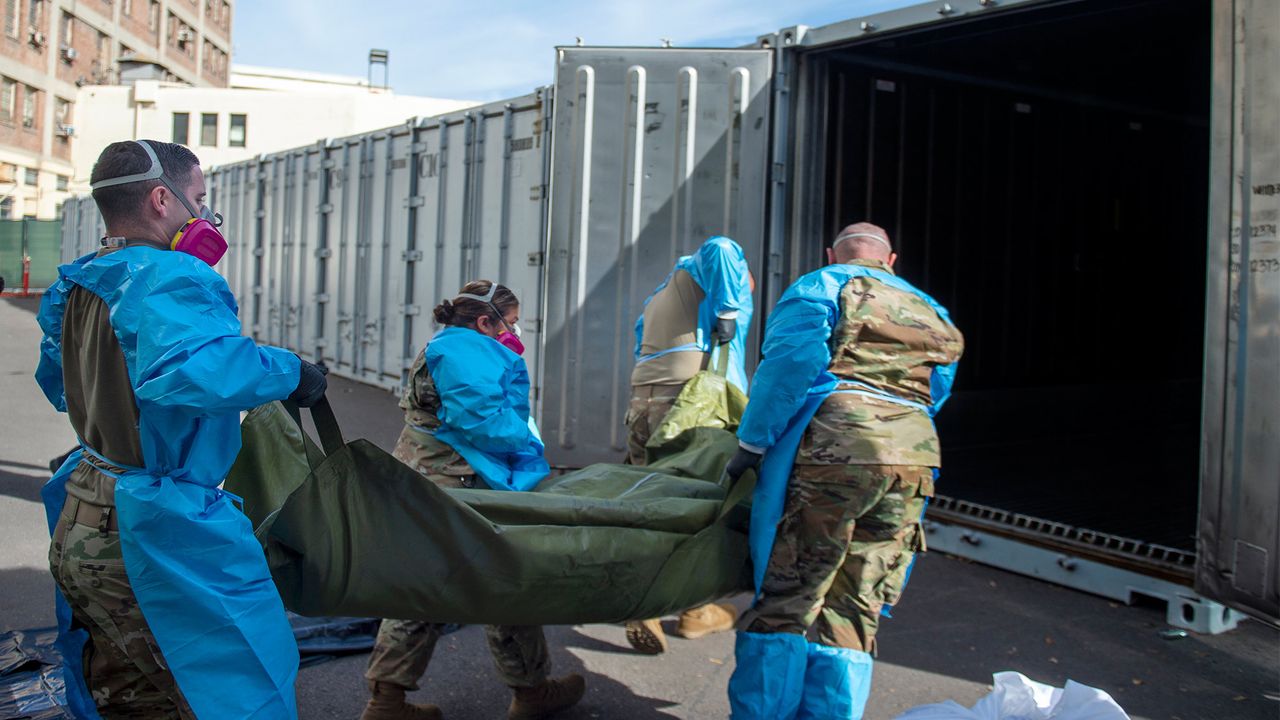 According to an analysis by researchers at the University of Southern California (USC) and Princeton University, deaths caused by COVID-19 have reduced overall life expectancy in the United States by 1.13 years. In epidemiological terms, this is a huge decline. Life expectancy is one of the most accurate barometers of a society’s health.

In addition to the catastrophe of the pandemic, a new variant of the coronavirus has been detected in more than 12 states, threatening to further exacerbate the crisis.

On New Year’s Day, the US recorded 20.7 million COVID-19 cases and nearly 357,000 deaths, making it the third leading cause of death behind cancer and heart disease. However, this conservative figure only represents confirmed cases.

Overall, the US Centers for Disease Control and Prevention (CDC) found more than 475,000 excess deaths through early December. It has been estimated that almost two-thirds of the excess deaths are directly attributed to COVID-19. Compared to 2019, deaths in the US have increased more than 10 percent.

The term “life expectancy” is often used in epidemiology to assess the health of a nation, but allows comparison between countries and groups of people. In its simplest expression, it is an estimate of the average age that people in a given population will be when they die.

The metric most commonly used by international organizations such as the United Nations and the World Bank, called “life expectancy per period”, is the estimated average length of life of a particular population from birth to death. It doesn’t take into account how death rates change over time. Instead, it focuses on mortality patterns at a given time.

Even though the United States spends more on health care per capita than any other nation, these efforts have not translated into people leading longer lives in the United States. In 2019, life expectancy stood at 78.9 years compared to 80.7 years for the rest of the OECD countries. This is directly attributable to the enormous social inequality.

Specifically, the US does poorly in areas like preventable mortality. It also suffers from a higher burden of chronic diseases and a higher obesity among the population. Additionally, the United States fares worse with access to health coverage and financial stability. It should come as no surprise that given massive austerity and cuts in the US public health infrastructure, the SARS-CoV-2 virus has thrived so well.

Since 1860, when life expectancy was 39.4 years, mainly due to high infant and maternal mortality, medical advances and improvements in living standards have seen it rise steadily during the intervening decades up to 78 , 9 years by 2020. Only in three historical periods did life expectancy drop significantly; the Civil War, 1860–1865; the Spanish flu of 1918; and, since 2015, the opioid epidemic, alcohol abuse and the rise in suicides that have emerged as a by-product of economic and social distress. Between 2010 and 2017, the death rate had increased 6 percent among all working-age adults, but particularly among those aged 25 to 34.

Deaths from the COVID pandemic have now further reduced life expectancy to 77.48 years. In historical terms, this is the lowest level since 2003. Compared to the annual decreases due to drug overdoses, the decrease in life expectancy due to COVID is 10 times greater.

Throughout the pandemic, race has been used to cover the impact of the pandemic on the working class as a whole. As economic indicators indicate, it is the poorest in society who suffer the worst conditions. The WSWS has reported almost daily that workers with low-paid jobs and little autonomy are the most affected by the ravages of the pandemic. Healthcare, food, retail, and meat packaging are just a short list of industries where workers face high risks of exposure. Extreme economic need forces many workers to make the difficult decision to continue working while risking the consequences of infection.

Support the only publication that has told the working class the truth about the coronavirus pandemic and has advanced an international socialist perspective in response to the crisis.

Furthermore, chronic poverty also means lack of access to adequate health care, nutrition, exercise, and healthy living conditions. Many chronic health conditions that put people at risk for severe outcomes with COVID-19, such as high blood pressure, obesity, diabetes, and heart disease, are overrepresented in the poorest sections of the population at an even younger age.

Since the first of the year, 3,578 million new COVID-19 infections have fallen over the country and 48,595 more people have died in the last 16 days. Despite these glaring statistics, President-elect Joe Biden and his incoming administration are pushing for schools to reopen, despite the chaos of the vaccine launch. Schools must remain open at all costs, they argue, so that children’s parents can return to the workplace.

In addition to the catastrophe of the pandemic, in the face of variant B.1.1.7 of the SARS-CoV-2 virus that has been detected in more than 12 states, analysis of CDC models suggests that it will become the dominant strain for March.

They warn: “The increased transmissibility of this variant requires an even more rigorous combined implementation of vaccination and mitigation measures (ie, distancing, masking and hand hygiene) to control the spread of SARS-CoV-2. These measures will be more effective if they are instituted sooner rather than later to slow the initial spread of variant B.1.1.7. Efforts to prepare the health care system for further surges are justified. Increased transmissibility also means that higher-than-anticipated vaccination coverage must be achieved to achieve the same level of disease control and protect the public compared to less communicable variants. “

With increased transmissibility, the number of new cases will start to increase dramatically in just a few weeks without further interventions. Already besieged healthcare workers will face a new avalanche of sick patients, further exacerbating an unsustainable situation. The working class must unite on the basis of a common fight to combat the pandemic by organizing independent workplace and neighborhood committees to demand the closure of all non-essential workplaces and full financial assistance for all those affected by the pandemic.